Yesterday, foreign exchange markets could not withstand the pressure from the bond market. The yield on 5-year US government bonds increased from the beginning of the week from 0.957% to 1.024% by the end of yesterday. The British pound fell by 1.18% yesterday, the Australian dollar lost 0.66%, the Canadian dollar -0.44%, but the euro fell by only 0.11%, by 13 points. Stock indices literally collapsed yesterday: S&P 500 -2.04%, Nasdaq -2.83%, DAX -2.09%. But even with this risk aversion, the euro looked stable. If for another 1-2 days the euro retains its leading position in the camp of the world's anti-dollar currencies, then we can already talk about a trend, the nature and reasons of which are not yet clear. So far, we can assume that investors, as we talked about earlier, are counting on tightening monetary policy in the euro area before it begins in the United States. Not in the last place is the flow of capital of Middle Eastern investors into euro assets. 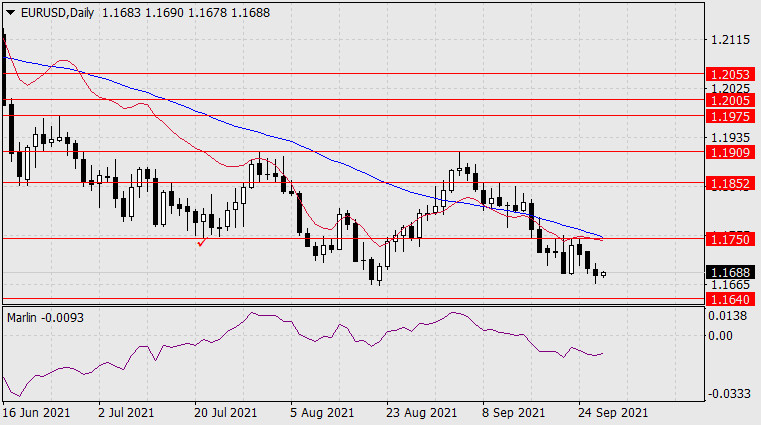 On the daily chart, the current situation for the euro is downward - the price is below the indicator lines and Marlin is decreasing in the negative zone. The price decline stopped at the lows of August 19 and 20, not reaching the target level of 1.1640. But in this case, the target level may be 1.1665, which we considered weak. Of course, the euro must confirm its advantage in the market, for this it needs to go above the MACD indicator line, above the level of 1.1750. 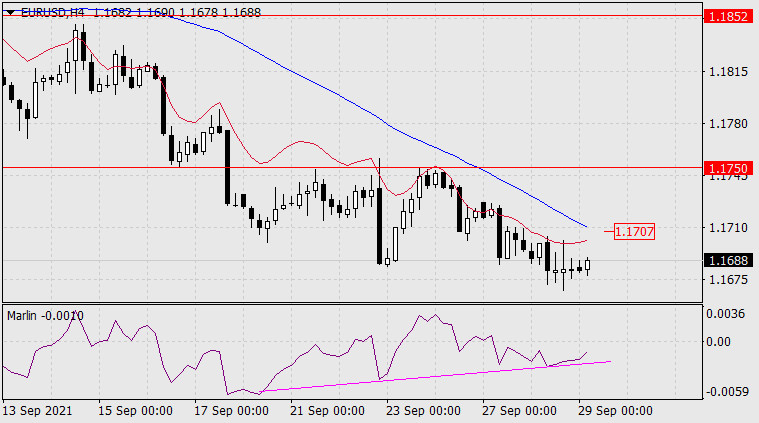 A double convergence of price with the Marlin Oscillator has almost formed on the four-hour chart. Here, to confirm a reversal, or at least to be in a sideways range, the price should also show stability and strength by leaving the MACD line, above 1.1707. In this case, even in the absence of growth, the price can fluctuate in the range of 1.1665-1.1750. We are waiting for the development of events.