Yesterday and the day before yesterday, the dollar strengthened against almost all world currencies in a very piquant situation of the threat of stopping government funding from this Friday (partial reduction), as Finance Minister Janet Yellen said. Of course, we assume that investors and all at once decided to ignore the impending US problems, including the default, hoping for an early increase in the government debt limit. But there is no progress in the Congress on this issue, and the fall of the euro by 84 points on the 29th is too much, even with very high investor optimism. Even the yields on US government bonds declined yesterday. 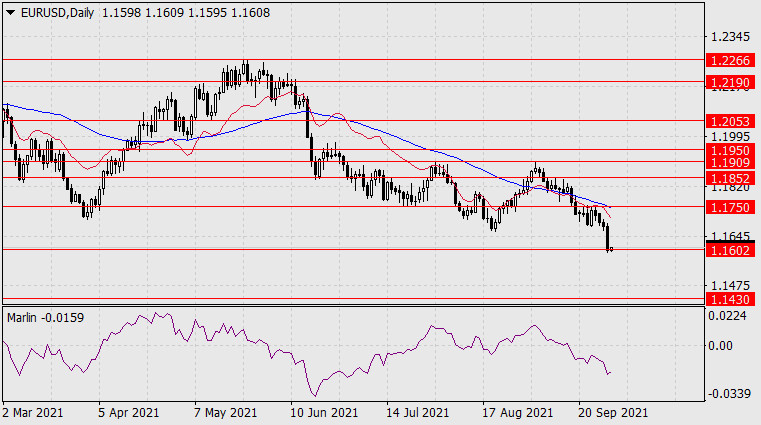 The business media do not find any intelligible explanation for yesterday's movement. The lack of understandable reasons for the market movement complicates its further forecasting. If we allow the market to fall purely on the speculative movement with overcoming stop losses below 1.1670 (trading volumes were high), then the market still has time to take the next target level of 1.1430. The lows of September 25 and November 4, 2020 were reached yesterday and the next peak is now on June 10, 2020 (1.1430).

The shiftiness of the market is that it can limit itself only to yesterday's operation, and in spite of the technical prerequisites, it can reverse from the reached level. In this case, the exit above the nearest resistance 1.1750 is provided. The probability of price movement in any direction has not been determined. It remains to wait for the development of events. 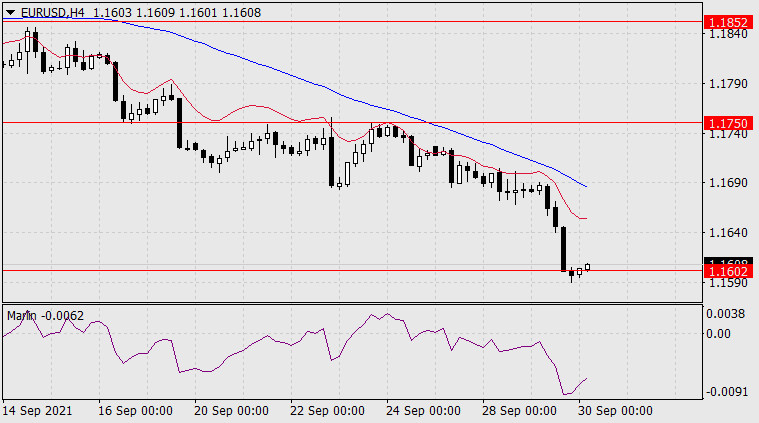 The Marlin Oscillator is turning up on the four-hour chart, but in the current conditions it is only a registration of the fact of a small correction in the Asian session.