Friday's US employment data came out so that both optimists and pessimists were satisfied; in the non-agricultural sector, 235,000 new jobs were created against expectations of 750,000, and the unemployment rate decreased from 5.4% to the projected 5.2%, while the July non-farms were revised up from 943,000 to 1,053,000( +110,000), which probably affected the euro's final insignificant growth by 10 points. Of course, this data will still be further analyzed by market participants and gradually included in prices, but at the current moment, perhaps, a more important event is on the agenda - the European Central Bank meeting on Thursday, September 9. The main European bank is expected to signal to the markets that it is time to think hard about tightening monetary policy. 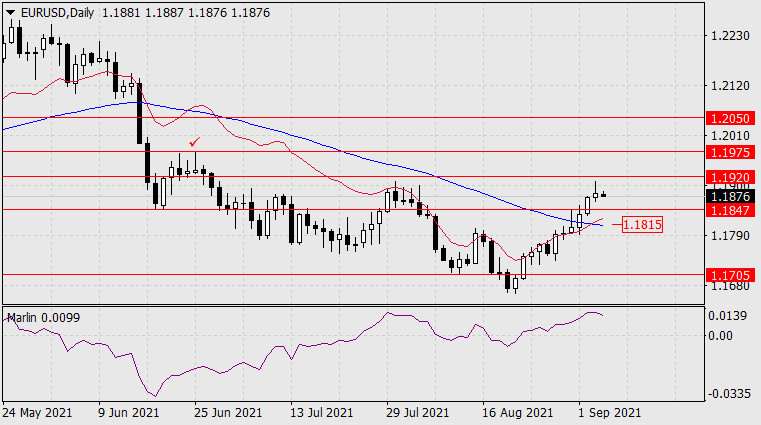 At the moment, the euro is in a convenient range (1.1847-1.1920), in which there have been short-term consolidations since mid-June. The 1.1920 target level seems to be strong, a good external stimulus is necessary to overcome it, which will not happen today due to the holiday in the US (Labor Day). 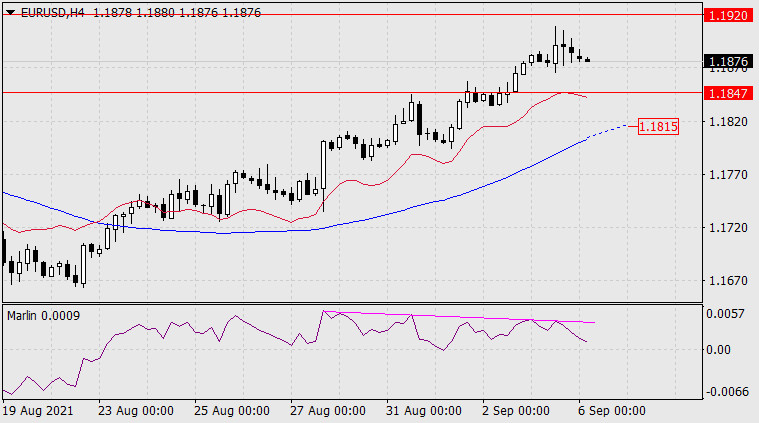 The price has formed a double divergence with the Marlin oscillator on the four-hour chart, which may return the price to the lower border of the 1.1847-1.1920 range. Perhaps the price will correct even lower, to the MACD line to the 1.1818 mark area, which coincides in price level with the MACD line on the daily scale. After the correction, we expect the euro to continue rising. Target at 1.1975.