The release of yesterday's German and European business sentiment indices for September somewhat deepened the euro correction. The German business sentiment index ZEW fell from 40.4 to 26.5 against the expectation of 30.2, the same index for the euro area fell from 42.7 to 31.1 against the expectation of 35.3. The euro lost 30 points. Investors took the exit somewhat emotionally, even if it failed, leaving in the shadows industrial production growth in Germany by 1.0% in July, GDP growth in the eurozone for the second quarter by 2.2% against the first estimate of 2.0% and employment growth eurozone for the second quarter by 0.7% against the previous estimate of 0.5%. The ZEW indices are still survey indicators, formed against the background of an increase in the incidence in the first half of August, but now the incidence in Germany and in the euro area has sharply declined, which should affect the ZEW indices in a month. Obviously, investors are aware of all these events, and therefore we are waiting for the euro to recover to its original positions by the European Central Bank meeting. 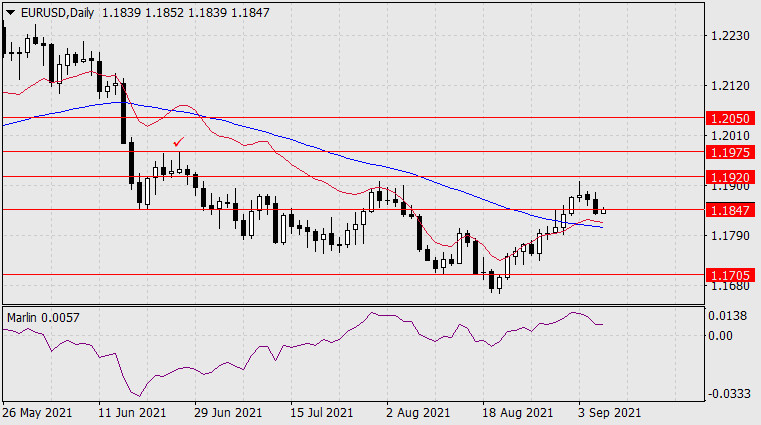 On the daily chart, the price has been rising since the opening of the day, trying to break above the support at 1.1847, which had been pushed through yesterday. Consolidating above it, again defines the target for the price at 1.1920. The Marlin Oscillator is also slowly turning up. 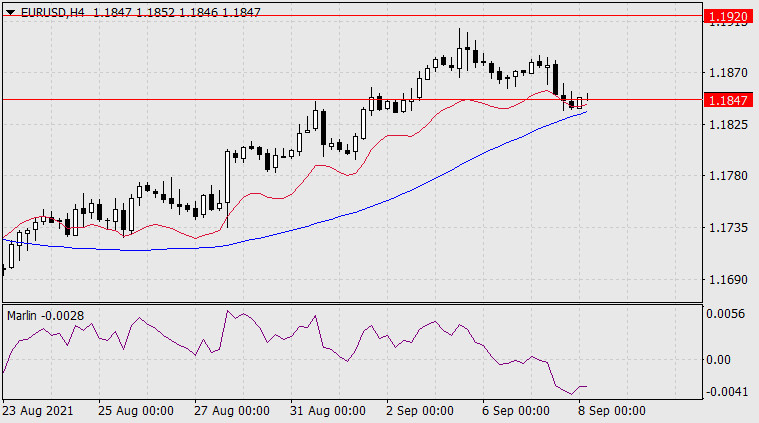 On the four-hour chart, the price reverses without reaching the MACD line. All of yesterday's correction took place above the balance indicator line, which confirms the decline precisely as a corrective decline within the general upward trend.