Yesterday, the euro deepened its correctional decline. Trading volumes were the highest for the current week, which indicates a significant closing of positions before today's European Central Bank meeting. The consensus forecast of economists boils down to a possible reduction of the PEPP program from 80 to 60 billion euros, but at the same time a small extension of the program itself. 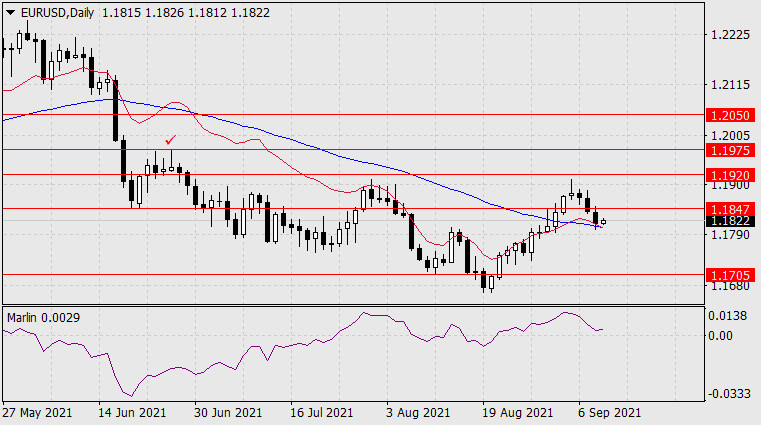 The price reached the support of the balance and MACD indicator lines on the daily scale chart, a slight reversal is planned this morning. The Marlin oscillator has slowed its decline as it approaches the border with the downtrend territory. We are waiting for a positive decision from the ECB and the euro to rise to the nearest target level of 1.1920. 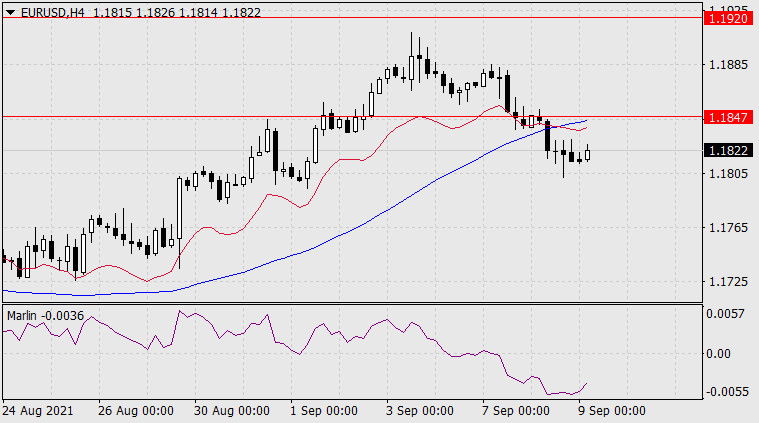 The price has settled below both indicator lines on the four-hour scale, the Marlin oscillator is turning to the upside from the negative zone. In the event of a strong fundamental news release, such plunges under the indicator lines are interpreted (after the fact) as false, but a false price exit in itself is a sign of further price growth. To do this, the price must go back above the MACD line, that is, above the level of 1.1847.