On Friday, the British pound tried to break above the resistance of the MACD indicator line (the line was pierced by the upper shadow), but under general market pressure it was forced to leave this venture until more favorable circumstances. In case of a positive development of events, with the breakthrough of the MACD line (1.3722), the 1.3888 target will open - the nearest embedded line of the rising price channel. The Marlin Oscillator is still in the downward trend zone, therefore, the observed rise in prices during the Asian session does not mean anything yet, especially since there has been a falling gap since the opening of the market. 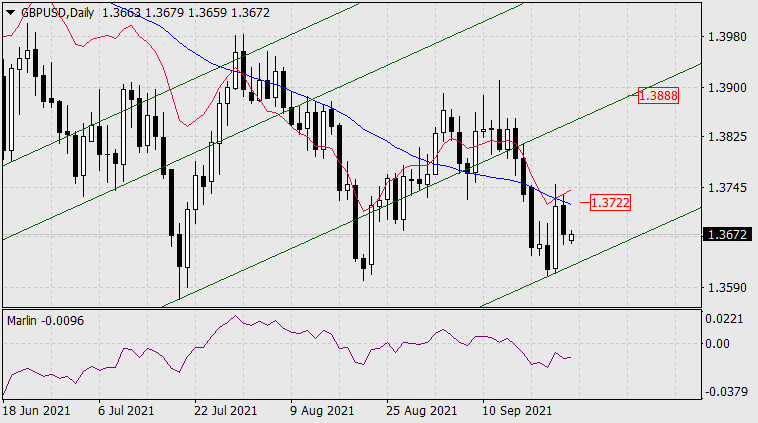 Marlin stayed in the growth zone on the four-hour chart, the price is trying to rise above the balance indicator line. This is the first positive sign. To confirm it, the price needs to overcome the resistance of the MACD line in the price area of 1.3745. 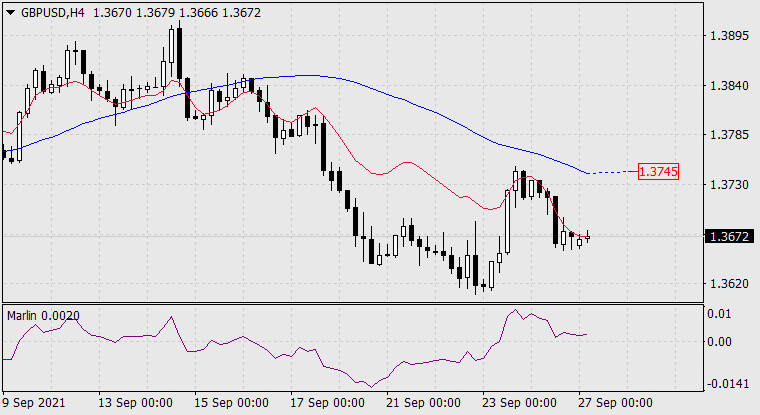