Last Friday, the dollar gained 23 points against the yen, focusing more on the strengthening of the dollar (the dollar index grew by 0.40%) than on the fall in the stock market (S&P 500 -0.91%). This is the danger of this pair's growth, it tried to "confuse" traders once again - we expect the dollar to weaken at the FOMC meeting of the Federal Reserve on Wednesday, as the central bank will delay the announcement of the beginning of QE curtailment, which is caused by the extremely long and high fourth wave diseases of Covid in the United States and Biden's already almost agreed plan for a new fiscal stimulus worth $3.5 trillion. 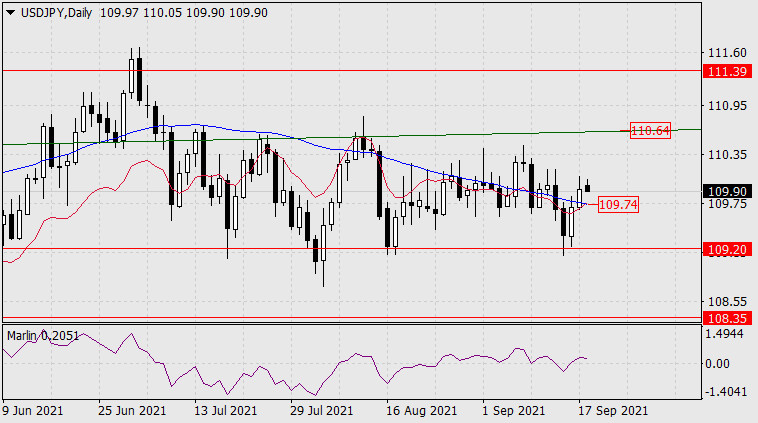 On the daily chart, the price broke through the area above the balance and MACD indicator lines, and the Marlin Oscillator also shows growth, having moved into the zone of positive values, but this signal seems to be false, as in the previous cases on September 8 and 13. 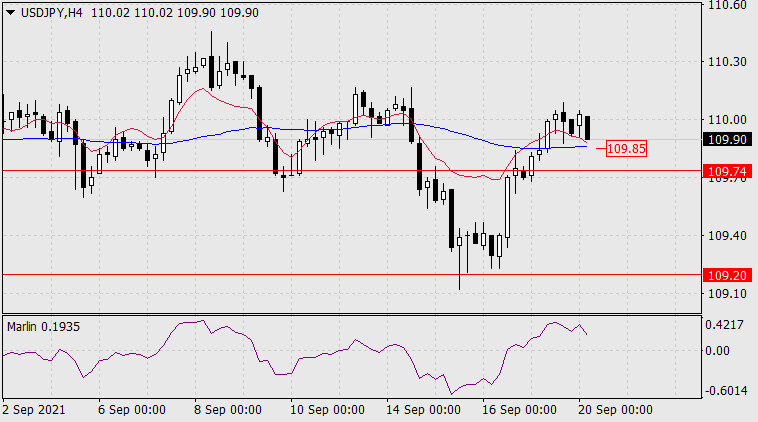