So, the price exit above the MACD indicator line last Friday, as we mentioned in yesterday's review, turned out to be false. 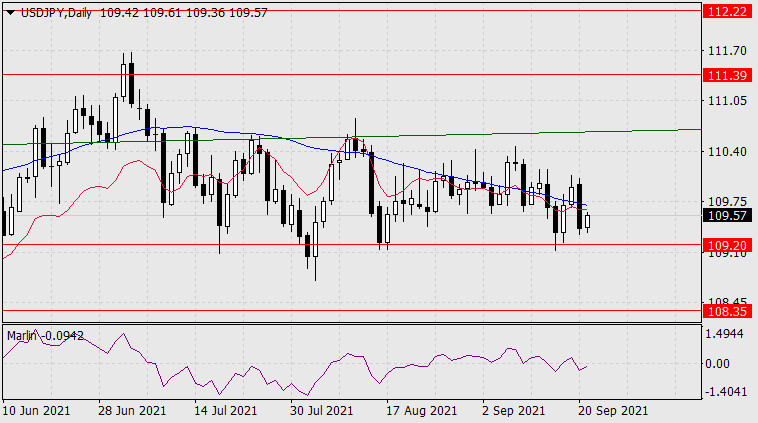 The reverse movement under it took place with a large black candle, which indicates the strength of the signal. The Marlin Oscillator has also moved into negative territory and now the decline with the first target at 108.35 is becoming the main one. But for its implementation, the price must first go under the support of 109.20 (June 8 low), which the price could not do four times: on July 19, September 4 and 15, and August 17. 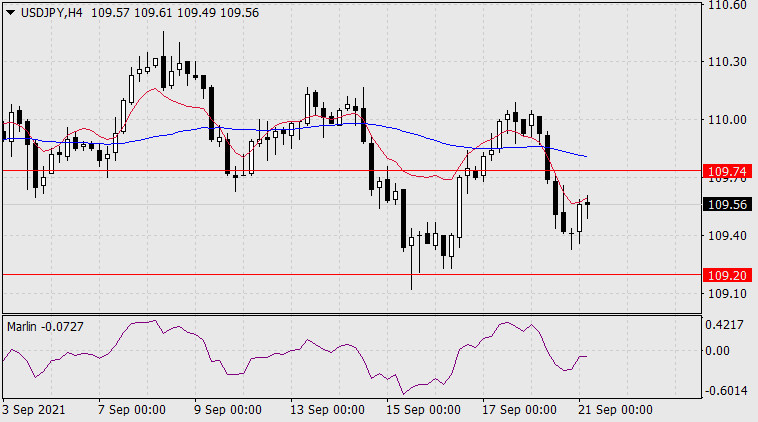 On the four-hour chart, the price has consolidated below both indicator lines, Marlin is developing a decline in the negative area. We look forward to the yen's success in overcoming the level of 109.20.