The Bank of Japan meeting took place today. Monetary policy has remained the same. Yesterday, the USD/JPY pair tried to rise, but was stopped by the MACD indicator line of the daily timeframe. At the moment, the price is between support at 109.12 and resistance at 109.70. It is believed in the market that the Federal Reserve will also keep the current monetary policy unchanged, which can push the price to overcome the support at 109.12 and extend the pair's decline to the target level of 108.35 - to the lows of May 11 and March 11. 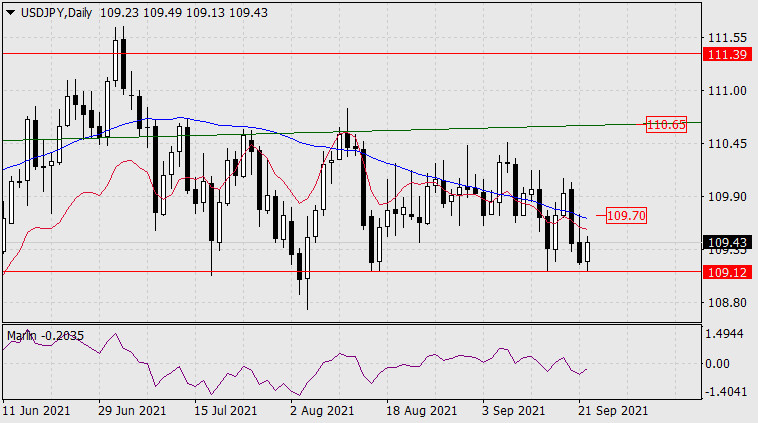 On the four-hour scale chart, the signal line of the Marlin Oscillator develops in a sinusoidal manner, which may appear on the price in the form of a reversal upon further approach to the MACD line (109.75). Moreover, the resistance of the MACD lines on the daily and four-hour charts almost coincide. Such a pattern of matching the level of lines of different scales indicates the strength of the level. We do not expect growth to develop and we are waiting for the price to overcome the support of 109.12 with a succeeding decline. 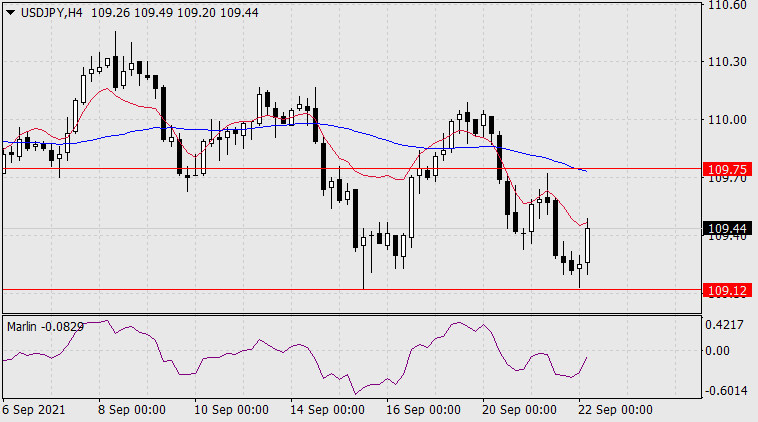