At yesterday's FOMC Federal Reserve meeting, the dollar index rose 0.27%, the stock market (S&P 500) rose 0.95%, and the USD/JPY pair showed an increase of 0.53% (54 points). The price went above the MACD indicator line on the daily chart, but the MACD line has long been transformed into a "skewer" or "spindle" line, on which the price winds up, and its return under the MACD line can occur at any time. 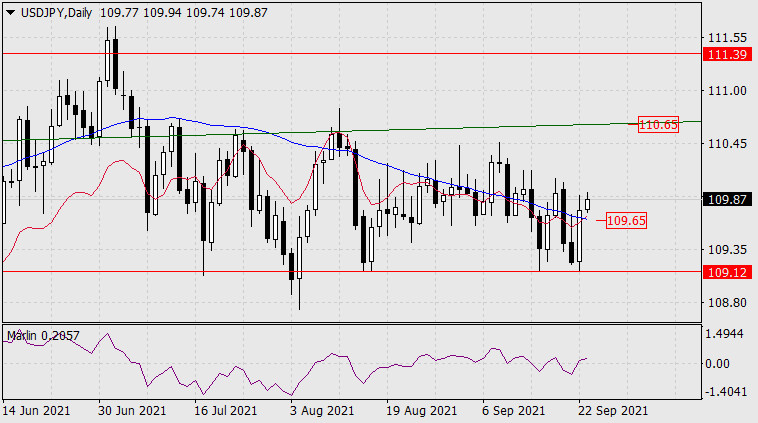 We associate fears and the greatest likelihood of a fall in prices, that is, of a strengthening of the yen, with an unfinished correction in the stock market. Today, as expected, the Chinese company Evergrande will declare insolvency. The issue of restructuring the company's debt is being resolved, the Chinese regulator predicts the bankruptcy of several more companies, but announced the refusal to save them in order to improve the market. But the most important thing is that institutional investors have already left the US stock market and now they themselves predict its fall by 10-20%, also for the recovery of the (now speculative) market at the expense of retail buyers. 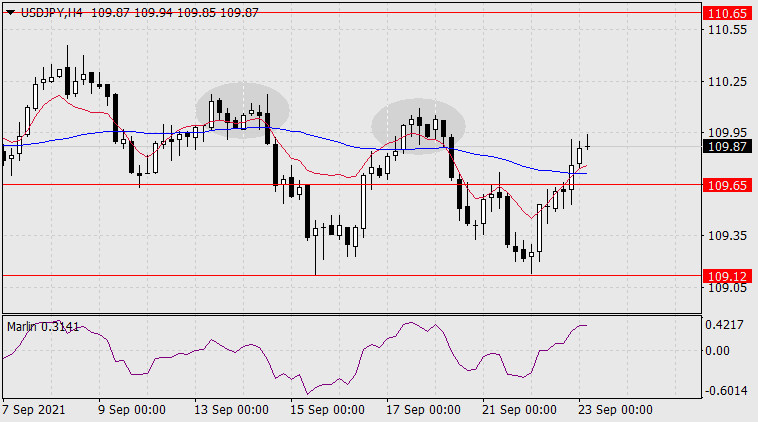 The price also broke above the MACD line on the four-hour scale, but the Marlin oscillator shows an intention to turn down, which may lead to the third return of the price under the MACD line in the last 10 days. These places are marked on the graph with gray ovals.

Summary: today is not a definite day for trading. We look forward to the development of events today and tomorrow.