Last Friday, the dollar lost 23 points against the yen under the general pressure of counterdollar currencies and uncertainty in the stock markets. The US stock index S&P 500 fell 0.03%, likely ahead of today's US holiday. The price broke the support at 109.85 on the daily chart, but the Marlin oscillator is still in the positive zone, which is likely to slow down the pair's decline today. Settling below 109.85 opens the target at 109.20 - the low on June 8. 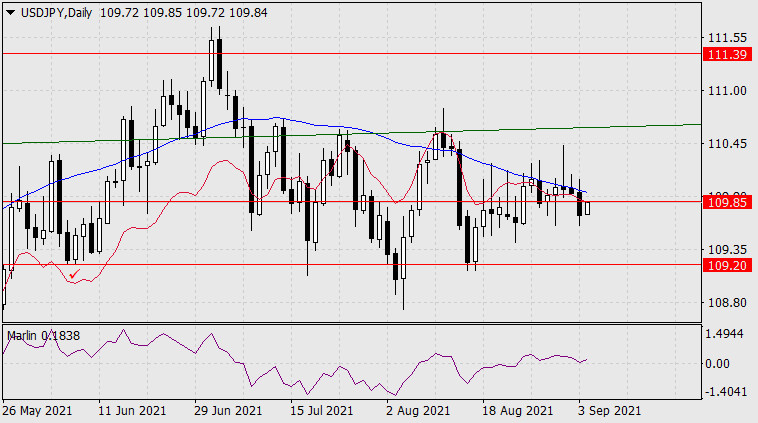 The price has already settled below the 109.85 level on the four-hour chart, and the price has also settled below both balance and MACD indicator lines. The Marlin oscillator is correcting slightly upward after a previous strong decline into negative territory. The trend on H4 is downward, the task is to settle below the level of 109.85 in order to bring the indicators of the higher daily timeframe to the formation of the final downward conditions. 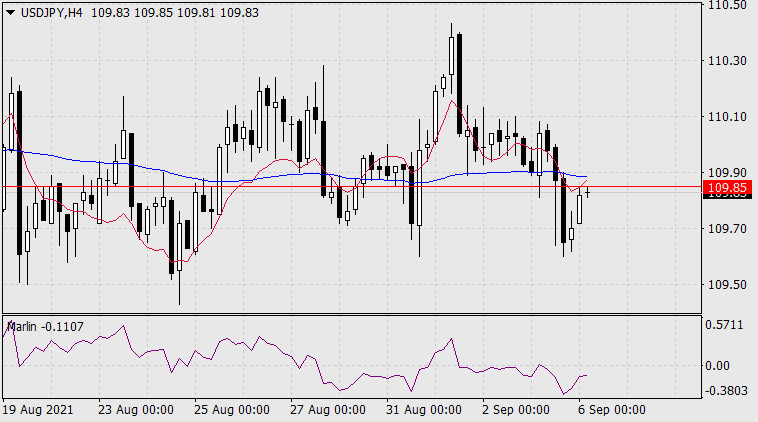