It cannot be said that the single European currency was somehow overbought or something like that. Nevertheless, even a noticeable rise in the producer price index in the United States from 7.8% to 8.3% did not contribute in any way to its growth. Moreover, some time later, it even began to decline quite confidently. Although the rise in producer prices indicates a further rise in inflation. After all, it is a leading indicator for consumer prices. However, the whole trick is that just after the publication of the producer price index, forecasts for inflation appeared, which will be published tomorrow, and, judging by them, the growth rate of consumer prices may even decrease. It looks, of course, rather strange, but it turned out to be enough for the single European currency to rush down. At the same time, today this process may well continue. The macroeconomic calendar is absolutely empty, and no statistical data can stop the further movement towards the weakening of the euro. 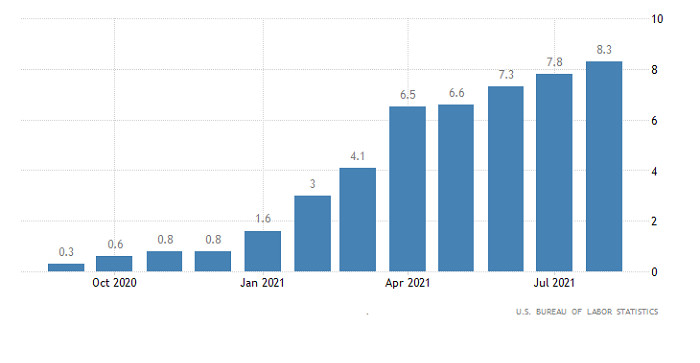 The last trading week ended within the 50-hour range of 1.1800/1.1850, where market participants chose the model of accumulation of trading forces.

In fact, this move indicated the prevailing downward interest, which is focused on the retracement course relative to the correction in the period from 23 August to 3 September.

The current trading chart shows that during the Asian session, the lower border of the 1.1800/1.1850 horizontal channel was broken. This led to an increase in the volume of short positions and the prolongation of the downward movement from the 1.1880/1.1905 resistance area.

The RSI technical indicator is moving below the 50 line, but the oversold zone is not affected.

In this situation, it can be assumed that staying below 1.1790 for a four-hour period in the future may lead to a new round of short positions. This will open the subsequent decline in the euro towards 1.1700-1.1670.

Comprehensive indicator analysis gives a sell signal based on short-term and intraday periods due to the breakdown of the lower border of the sideways range. 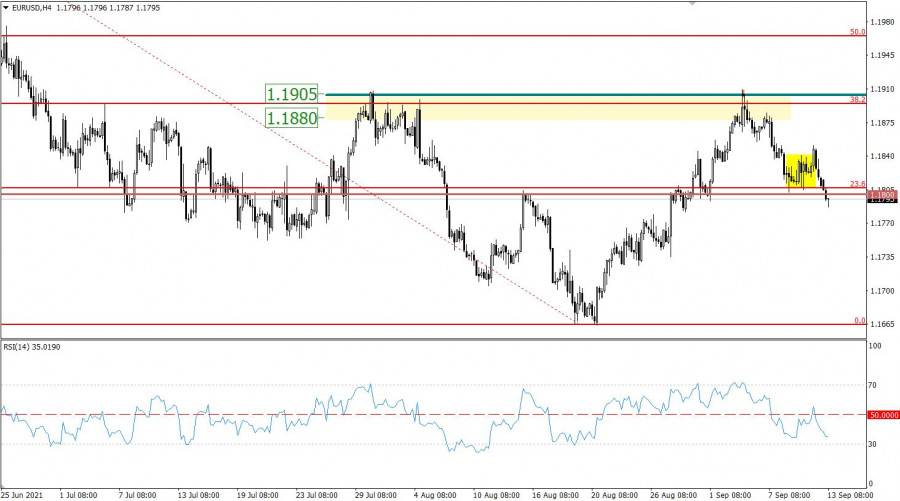