The pound continued to decline for almost all of yesterday, although not at the same pace as on Friday evening. But closer to the end of trading, the mood in the foreign exchange market changed dramatically, and the dollar began to lose its positions. It's all about inflation, or rather, the Federal Reserve's expectations on inflation, which the central bank just published yesterday. These expectations were raised from 4.8% to 5.2%, which is significantly higher than the forecast of 4.9%. This means that the US central bank does not expect an early decline in inflation, and at best, its stabilization in the area of the current level. This is despite the fact that inflation has reached a record value over the past few decades. Such high inflation may well undermine the economic recovery. And if it remains high for a long time, the probability of such a development of events increases exponentially. 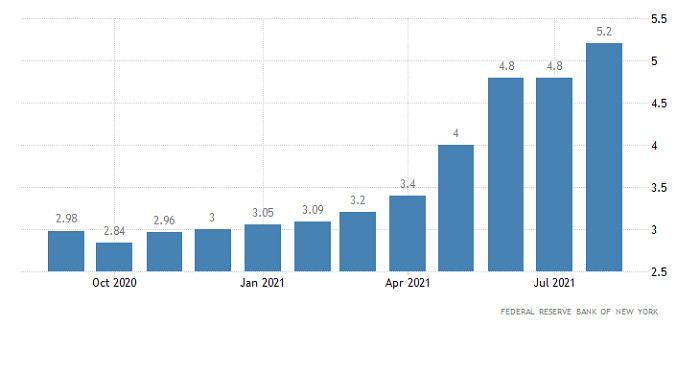 Today, however, began with a decline in the unemployment rate in the UK from 4.7% to 4.6%. Which, by the way, turned out to be somewhat better than forecasts, as they expected the unemployment rate to remain unchanged. Nevertheless, the market practically did not react to such positive news in any way. Apparently, market participants are waiting for something more serious. 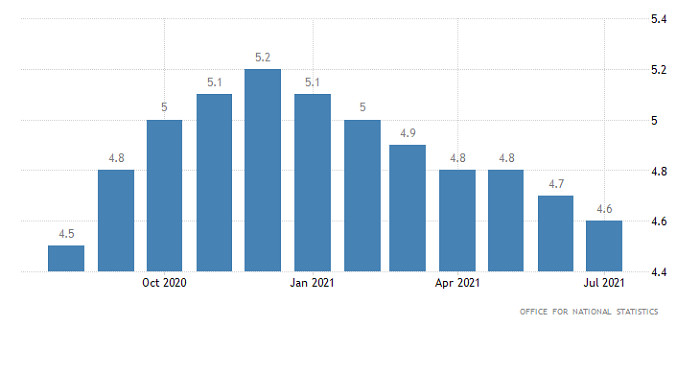 And the market is waiting for inflation in the United States, around which all the events of today will develop. But with a slightly different result than yesterday. The growth rate of consumer prices in the United States should slow down from 5.4% to 5.3%, thereby somewhat reducing existing concerns about the sustainability of the recovery of the American economy. Although inflation expectations indicate that its further decline is extremely unlikely. Nevertheless, the very fact of its decline, albeit insignificant, is already an extremely positive factor that will contribute to the resumption of the weakening of the pound. 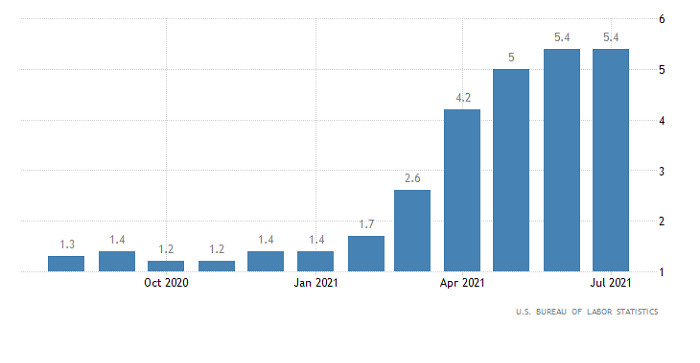 In the course of the natural price rebound from the resistance level of 1.3880, the quote dropped towards the value of 1.3800. This was the second attempt to resume the downward movement. The RSI technical indicator did not confirm the pound's oversold status by crossing the 30 line from top to bottom.

Based on the daily timeframe, traders are still aiming for the downward trend from early June. All subsequent price fluctuations are in its structure.

In this situation, special attention is paid to the values of 1.3800 and 1.3880, where the price loop has a short-term nature. Traders regard the price range as having meaning, working on the principle of a breakout of one or another border.

Comprehensive indicator analysis gives a buy signal based on short-term and intraday periods in view of the price rebound from 1.3800. 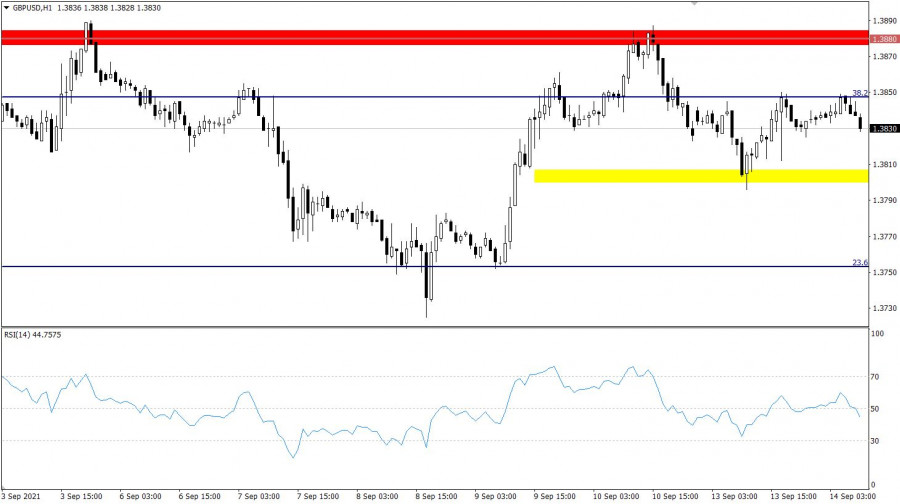