Europe was gripped by a real panic, and everything that is happening can be safely called a full-fledged energy crisis. Gas prices in the eurozone are breaking one record after another. Although yesterday's trade closed with a decrease in the price to $770 per thousand cubic meters. Just before that, it rose to $ 970 per thousand cubic meters. But even the current price is incredibly high. And the worst thing is that European countries are still not ready for the heating season. At best, the necessary energy reserves are formed only by three quarters. According to other estimates, only by half. The problem is that in the summer, when everyone traditionally forms reserves for the winter, energy prices were quite high, and many countries were waiting for the completion of OPEC+ negotiations on production quotas. So, in anticipation of a decline in prices, stocks were not replenished. But the OPEC+ negotiations were not only delayed, but also accompanied by a lot of scandals, which also pushed prices up. But first of all, because of their duration, after their completion, there was practically no time left for the formation of reserves. The situation was further aggravated by the extremely hot summer, and due to the constantly working air conditioners, the demand for energy was comparable to the winter season. That is, the reserves were being depleted at an incredible rate. As a result, Europe found itself in a situation where there is practically no time for the formation of reserves, and the storage facilities are empty as never before. This has led to an incredible increase in demand, which suppliers are physically unable to meet. This led to a phenomenal increase in energy prices. First of all, for gas. So even yesterday's price decline is perceived by many as a temporary phenomenon. And it is not strange, but this is exactly what led to the rapid pound, since this whole story also concerns the UK. After all, the shortage of energy carriers will inevitably lead to both an increase in prices, and all of them, and a reduction in production volumes. Which will push inflation up even more. So the European economy really risks falling into recession again.

The whole story not only came to the fore, but also overshadowed all other news and events. So the market simply ignored the data on retail sales in the United States, which turned out to be significantly better than forecasts. Their growth rates, instead of slowing down from 15.1% to 13.0%, remained unchanged. On a monthly basis, they showed an increase of 0.7%, although they should have decreased by the same 0.7%. And the data on applications for unemployment benefits turned out to be much better than forecasts. Although the number of initial requests increased by 20,000, instead of decreasing by 12,000. But the number of repeated requests, which should have decreased by 72,000, decreased by 187,000. But at this time, there was rather a rebound in the market. Before that, the dollar had already strengthened so much, so it simply had nowhere to grow further. 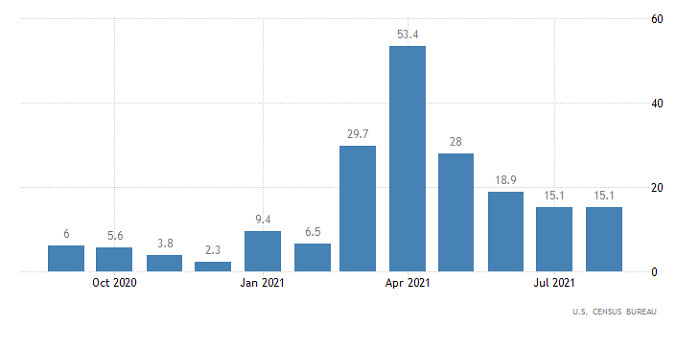 The fact that the market will continue to focus only on what is happening with energy prices was well demonstrated by the data on retail sales in the UK. They were simply ignored. Although they turned out to be disastrous. The growth rate was expected to accelerate from 2.4% to 2.8%. They slowed down to 0.0%. It looks terrifying. But this is only on an annualized basis. On a monthly basis, instead of 0.7% growth, a 0.9% decline was observed. It is possible that this is a consequence of the incredible rise in inflation. But judging by energy prices, inflation will continue to grow. Consequently, retail sales may also decline. In general, the prospect of a slide into recession for the United Kingdom ceases to be hypothetical and becomes a highly probable scenario for the development of events. 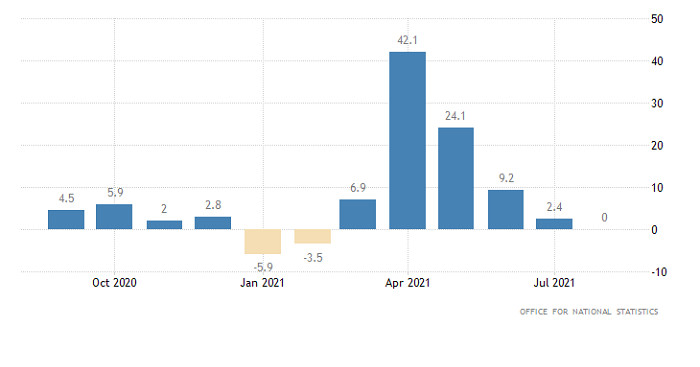 Speculations on the GBPUSD pair continue, and during the previous day, traders managed to break through the support level of 1.3800. An inertial downward move occurred, which brought the quote to the value of 1.3763.

Against the background of a sharp price change, the RSI technical indicator entered the oversold zone, below the 30 line. After that, the price rebounded.

Based on the daily period, there is an attempt to restore the dollar rate in relation to the correction in the period from August 23 to September 3.

In this situation, there is a technical rollback to the previously passed level of 1.3800. Downward interest is still taking place in the market, but further growth in the volume of short positions is expected after the price is kept below 1.3750.

Comprehensive indicator analysis gives a buy signal based on a short-term period due to a price rollback. Intraday technical instruments indicate a sell signal due to a downward cycle. 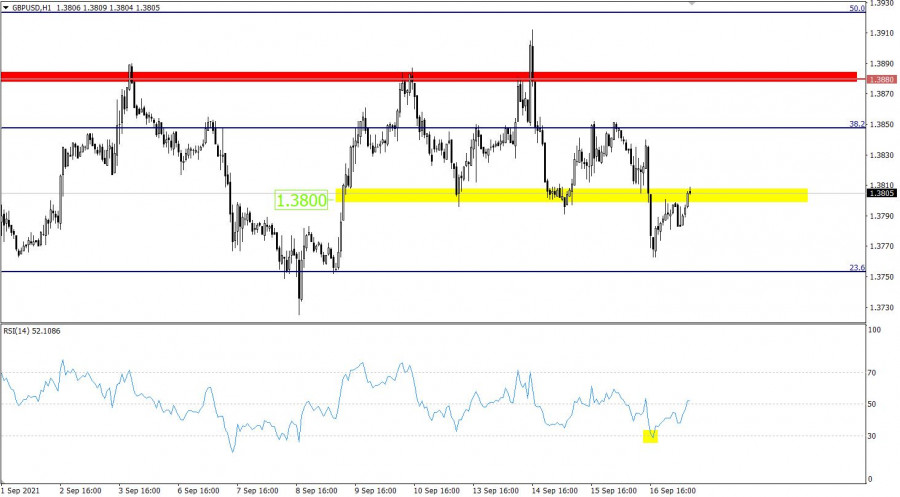