Recent speech of US Treasury Secretary Janet Yellen hit the stock market hard, but had almost no effect on the US dollar. But pressure on risky assets remained, and it seems that it will persist for a long time.

As for the US, problems will remain until there is clarity on the national debt limit. 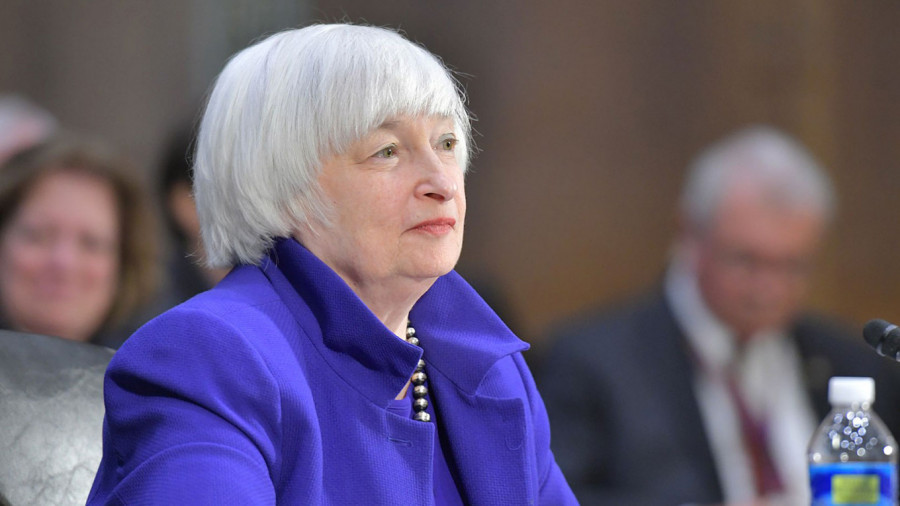 Yellen warned yesterday that her department will run out of funds around October 18 unless legislative measures are taken to increase the national debt limit. This put pressure on lawmakers, but was favorable to the stock market. Obviously, investors are frightened by the fact that US policymakers may even allow just one thought of default on obligations.

"We now estimate that the Treasury is likely to exhaust its extraordinary measures if Congress has not acted to raise or suspend the debt limit by October 18," Yellen said. "At that point, we expect the Treasury would be left with very limited resources that would be depleted quickly. It is uncertain whether we could continue to meet all the nation's commitments after that date. "

A few days ago, Republican senators blocked another attempt by the Democrats to adopt a law on "temporary spending", which would suspend the US national debt limit until December 2022. After a 48-50 vote in the Senate, Majority Leader Chuck Schumer did not immediately announce the Democrats' next move, instead criticizing Republicans for "one of the most reckless acts."

On a different note, Fed Chairman Jerome Powell delivered another speech yesterday, but it was almost the same as what he talked about on Monday. Once again, he warned the members of the Senate Banking Committee about the risks of inflation, explaining that in the coming months inflation could be extremely high. Growth, however, will not last long.

"As the economy continues to reopen and spending rebounds, we are seeing upward pressure on prices, particularly due to supply bottlenecks in some sectors," Powell said. "These effects have been larger and longer lasting than anticipated, but they will abate, and as they do, inflation is expected to drop back toward our longer-run 2% goal," he added.

Powell also warned that supply problems, hiring difficulties and other constraints may become greater as the economic reopening continues, which will pose upside risks to inflation. "If sustained higher inflation were to become a serious concern, we would certainly respond and use our tools to ensure that inflation runs at levels that are consistent with our goal," he said.

The economy continued to strengthen since Powell last spoke to the committee and the banking senate, but the recent surge in COVID-19 cases slowed recovery in some of the sectors hardest hit by the pandemic. Nevertheless, there were improvements in the labor market, which is very good news.

"Factors related to the pandemic, such as caregiving needs and ongoing fears of the virus, appear to be weighing on employment growth. The Fed will continue to do all we can to support the economy for as long as it takes to complete the recovery, " Powell said.

With regards to macro statistics, consumer confidence fell to 109.3 points in September, from 115.2 points in August. This surprised economists as they expected a rise to 114.8 points. A senior director at The Conference Board said the unexpected drop was due to the spread of the Delta strain.

The present situation index also suffered and dipped to 143.4 points, while the expectations index fell to 86.6 points.

Going back to EUR / USD, a lot depends on the decisions made by US legislators and whether there will be any results at all this week. If there is none, pressure on risky assets will continue even despite the absence of those willing to continue buying the US dollar at current lows. But even though the market is dominated by bears, everything can change at any moment, so there is definitely no need to rush into buying euro at the lows.

Interesting? Write a comment below.
 Janet Yellen warns that the US Treasury is close to losing funds
Forward 
Backward 