During the last few weeks, LTC was hovering in a narrow range without any prerequisites for a rise. The coin made an attempt to break the resistance level of $190 located at the upper limit of the range, but failed. However, on September 13, the cryptocurrency added 25% and approached the local high of $220. Notably, it needed just 10 minutes to drop below $200.

The unexpected rally was caused by a rumor that Walmart, a US supermarket, will accept crypto payments. There was even a post on Litecoin's official page on Twitter. Retail traders immediately reacted to the news and just in 20 minutes pushed the price above $200. In fact, LTC stopped gaining in value near the psychological level of $220. Some time later, the tweet was deleted. This, in turn, resulted in a rapid fall in Litecoin. 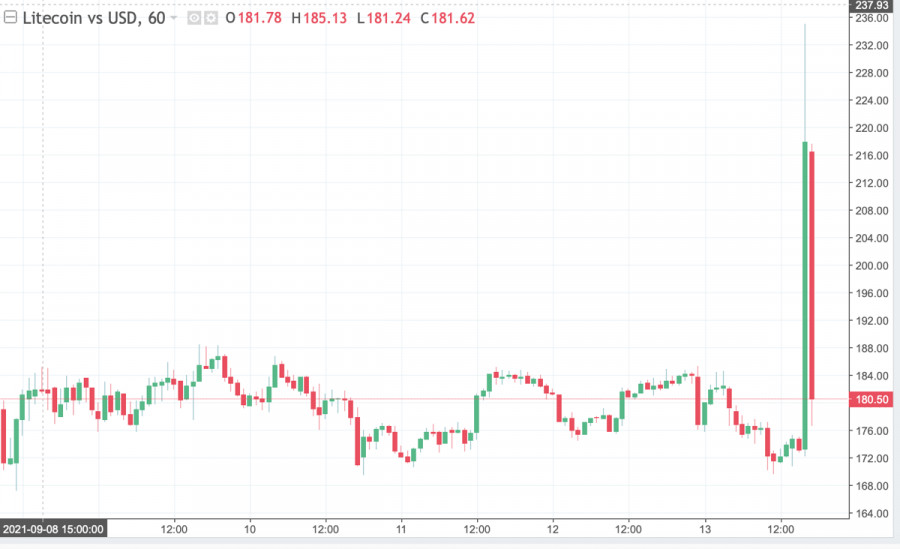 On Monday evening, the coin was trading at $191. Trading volume that also jumped amid the rumors, later, approached the average level. According to the technical indicators, a local pump was replaced by a dump. As a result, pressure on the price became stronger. On the one- hour chart, we can see a rapid downward movement. The coin may even slide below the weekly range. 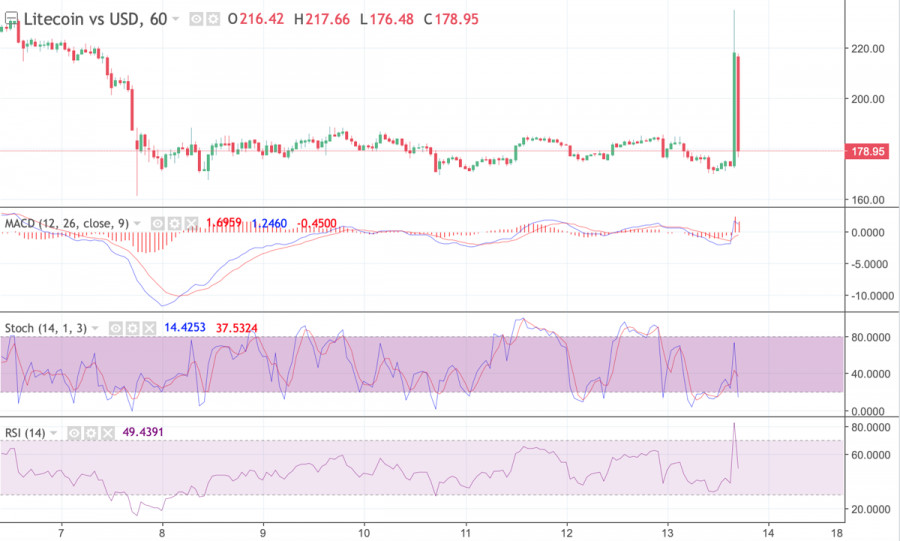 On the four-hour chart, the situation is already changing. There are prerequisites for the accumulation process and a further rise. The RSI indicator is moving towards the 60 level, whereas stochastic and MACD have formed a local bullish cross. At the same time, we can see bearish divergence, which also points to a possible jump. 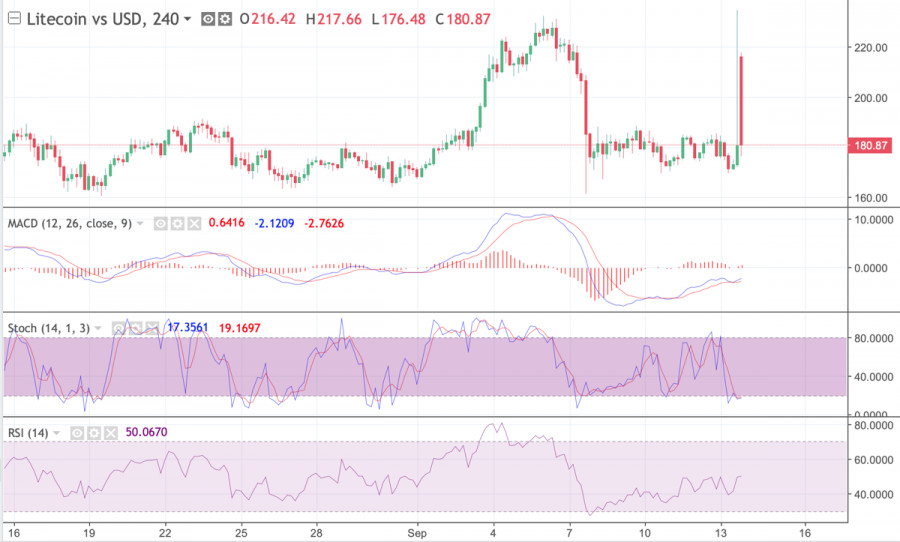 On the daily chart, there are also prerequisites for an increase. All the main indicators are moving upwards. Notably, the on-chain activity remains high. The number of unique addresses in the asset's network does not match the current value, and the total volume of transactions has approached its peak since the end of July. Despite a local, but very strong pump, the price is returning to its range. To resume gaining in value, Litecoin should consolidate above the lower limit of the range. 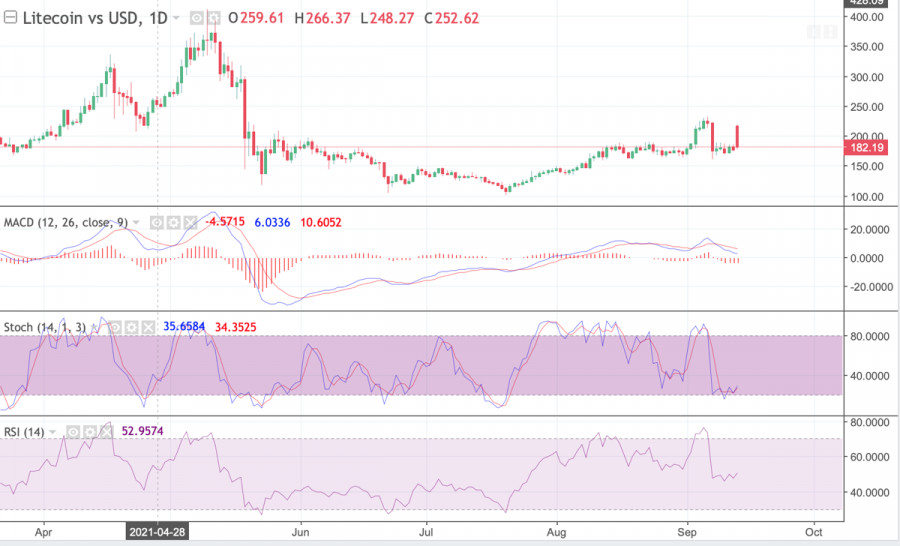 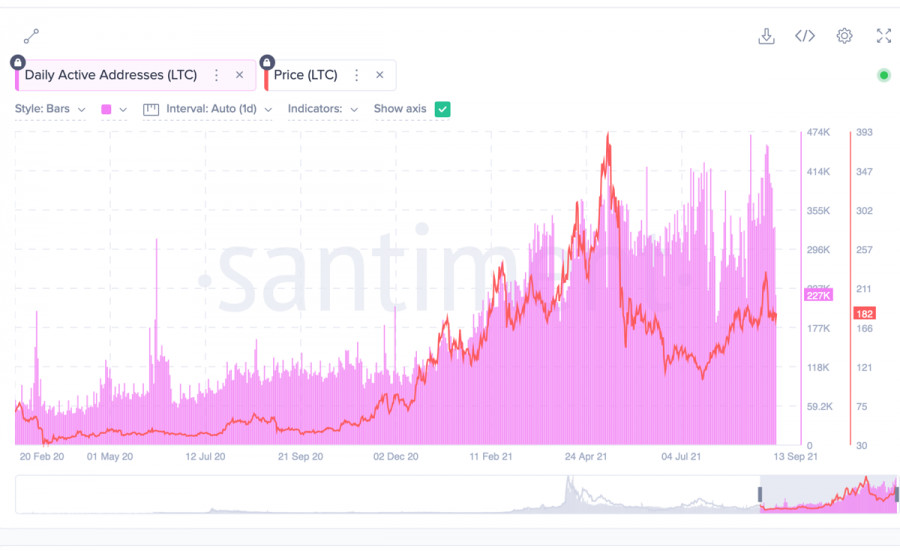 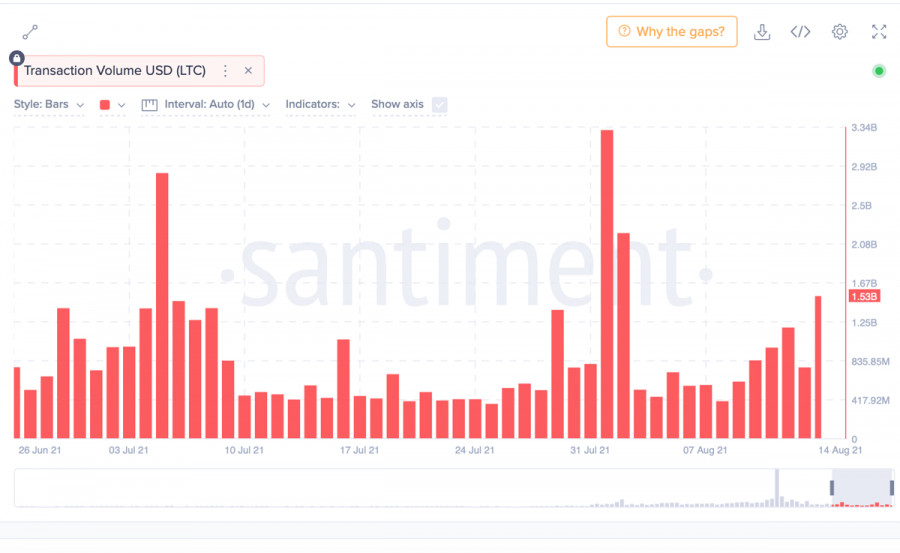