Litecoin stands above 180.00 psychological level at 180.39. It's trading in the red after climbing as much as 188.88 level today. As you already know, LTC/USD increased as much as 237.88 in yesterday's trading session after fake news announcing a partnership between Walmart and Litecoin.

Fundamentally, the pressure is high after yesterday's controversy. It remains to see how the price of Litecoin will react during Walmart's investigation. Technically, LTC/USD hovers right above critical dynamic support. 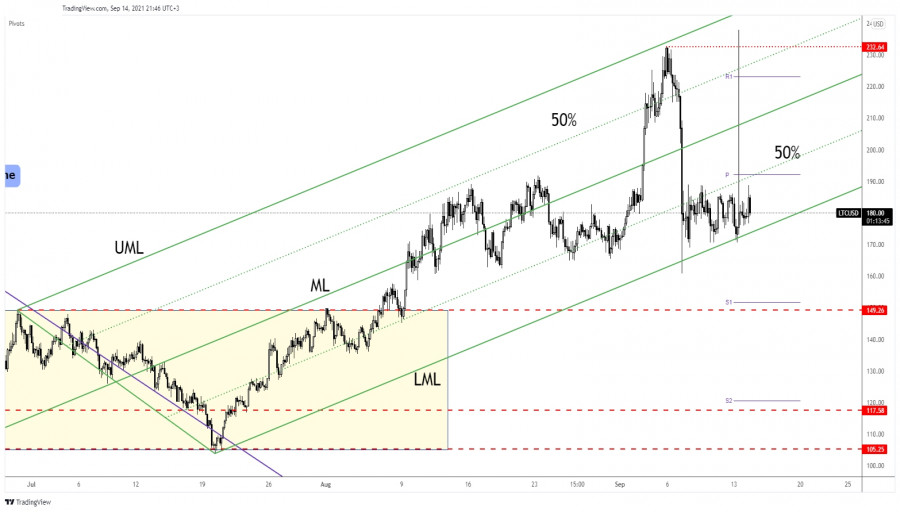 Litecoin registered a false breakout with great separation through the 232.64 higher high in yesterday's session. It seems undecided and it continues to stay above the ascending pitchfork's lower median line (LML).

Making a valid breakdown through the lower median line (LML) could activate and announce a potential downside movement towards the 150.00 psychological level.

Litecoin could extend its downside movement, the sell-off if it drops and stabilizes below the lower median line (LML). Its failure to reach the upper median line (UML) signaled exhausted buyers.

So, a valid breakdown below the dynamic resistance, LML, could also bring short opportunities. Still, in the short term, we cannot exclude a temporary growth before activating a strong drop.