Microstrategy is not afraid of bearish impulses and makes a fabulous purchase: Saylor goes all-in again, buying over $242 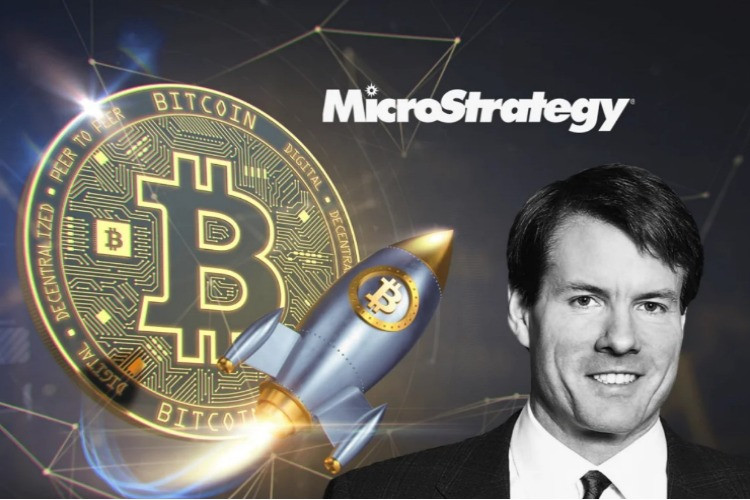 Microstrategy and the main crypto expert with experience, Michael Saylor, continue to buy bitcoins. Despite the incomprehensible situation on the crypto market, Saylor makes a fabulous purchase of bitcoin during the correction on the crypto market. Now it is not clearly visible who controls the market, bulls or bears, and it may be risky for many to buy bitcoin at this moment, but not for Microstrategy.

The market lost momentum last week and it was seen that the bitcoin market has undergone the liquidation of billions. However, Microstrategy, which has been engaged in buying and selling bitcoins for years, and not analytics, is not at all embarrassed by the situation on the market.

Microstrategy goes all-in again, ignores the storm of bears, and buys bitcoin worth over $200 million. The company is again bullish on Bitcoin, considering it the main financial asset in the world. The total purchase of bitcoins is worth $242.9 million, and the average price of bitcoin was $48,000.

This purchase added another 5050 bitcoins to the company's portfolio, the total amount of bitcoins stored in Microstrategy and Macrostrategy companies is about 114,000 bitcoins purchased for $3.15 billion. The average purchase price of bitcoins was $27,700.

It is clearly visible that Microstrategy does not change its strategy and buys bitcoin even at the most risky moments. The pretentious hodler Saylor and his company expect to keep bitcoin for a long time, since they have diamond hands. Saylor heads a company that has more than the most bitcoins in its assets.

Saylor is an ardent supporter of bitcoin and a whale with many years of experience. He constantly praises bitcoin on various media resources, gathers conferences that include many crypto enthusiasts, raises questions about the environmental sustainability of bitcoin and mining.

Saylor also dispels the rumors of many critics that bitcoin consumes too much energy. He stated that the energy consumption of bitcoin is not huge, and bitcoin itself does not consume electricity for conducting intra-network transactions.

Bitcoin transactions that occur on level 2 platforms, namely Lightning or level three applications, such as CashApp, are executed in a matter of seconds and for free. The electricity itself is used exclusively to protect the network itself and ensure its safety and integrity.