Overview of the GBP/USD pair. September 2. The "coronavirus" does not sleep and continues to pose a serious threat to humanity 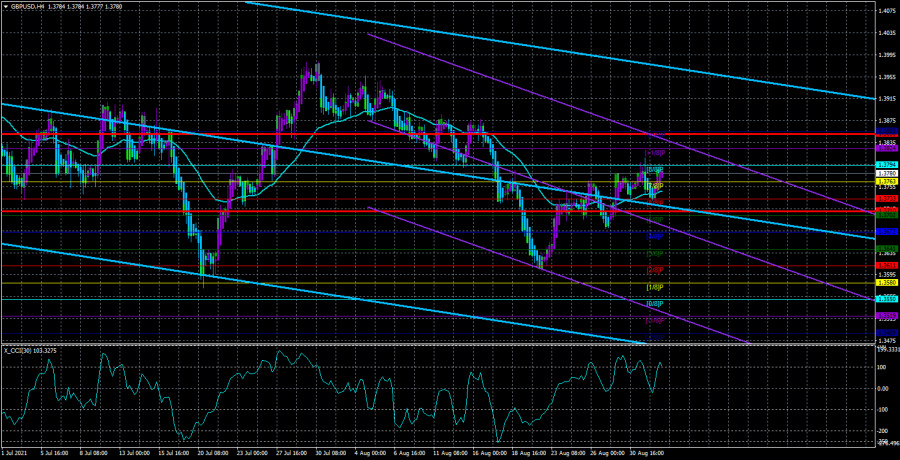 The British pound paired with the US dollar also resumed its upward movement during Wednesday, having tried to fall below the moving average line. However, the attempt to change the trend to a downward one failed, so the British currency still retains high chances of growth. Recall that we have not received news and messages from the UK itself for a long time, which could support the pound in the confrontation with the American currency. By and large, the growth of 2,800 points that have been observed in the last year and a half is solely due to the American currency and the American fundamental background. And at this time, the situation does not change at all. The pound is still falling or growing solely based on factors from overseas. Because the markets had paid attention to factors from the UK, the pound would have been able to at least adjust by more than 600 points against the upward trend, equal to 2,800 points. In general, the technical picture for the pound/dollar pair is now almost the same as for the euro/dollar pair. The pound also had two rounds of correction in global terms (seen on the 24-hour TF). In the last couple of weeks, an upward movement began after the price rebounded from the target level of 1.3600, which we also repeatedly called a target. Thus, we also expect the pound to continue its upward movement since all the fundamental and macroeconomic factors that affect the pair are the same as in the case of the euro/dollar.

Well, in the UK itself, meanwhile, there is a complete news calm. We have already said that the British Parliament is on vacation, so there is simply no big news from Boris Johnson, Dominic Raab, Rishi Sunak, and other top officials of the Kingdom. Also, there has not been a single message from the Bank of England or Andrew Bailey in the last few weeks. Therefore, there is nothing to analyze now. The latest news related to the evacuation from Afghanistan and possible sanctions from London against the new government of the country if it does not provide an unhindered exit from the country for everyone who wants to leave it. Even the topic of "coronavirus" has recently faded away again, although the number of cases of infection in Britain, albeit at a slow pace, continues to grow. The most important and at the same time sad news is now coming from doctors and scientists who continue to study the virus and its strains.

According to the latest information, the virus is constantly mutating, and new strains are constantly appearing, against which existing vaccines show much less effectiveness. There is already talk that some groups of citizens will need a third vaccination. Scientists also found out that the body's resistance to the "coronavirus" decreases over time. After six months or a year, a person who has been vaccinated can easily get sick as the person who has not been vaccinated at all. Moreover, in the UK and the US, it was found that up to 25% of new patients who were infected with the delta strain had previously received both vaccinations against the "coronavirus." After this, it became known that the effectiveness of the most famous Pfizer vaccine is no more than 66% against the new strain. And to top it all off, scientists have concluded that no collective immunity can be achieved if we talk about current vaccine options. As we can see, it is quite easy to get infected with the "coronavirus" even when both vaccinations were made. Based on this, it is obvious that humanity may be stuck in a pandemic for at least a few more years, which will harm the economy and public life. In the last few months, all the economies of the world have been actively recovering. However, with the arrival of the cold season, the number of diseases may creep up again. Therefore, it is possible to introduce new restrictions, as well as new downturns in the economy. Thus, the American and British economies may begin to slow down again in the third and fourth quarters. 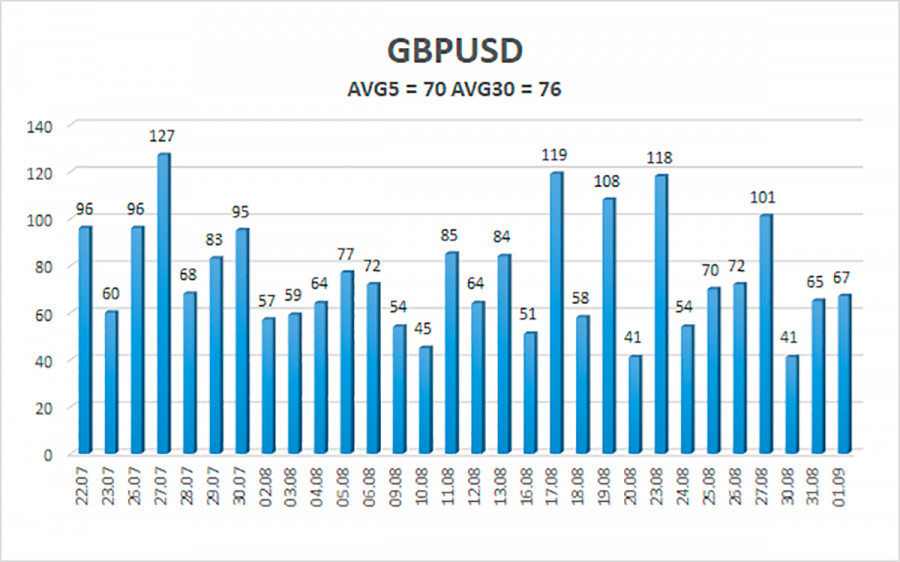 The average volatility of the GBP/USD pair is currently 70 points per day. For the pound/dollar pair, this value is "average." On Thursday, September 2, we expect movement inside the channel, limited by the levels of 1.3710 and 1.3850. A reversal of the Heiken Ashi indicator downwards will signal a new round of corrective movement.

The GBP/USD pair continues to be located above the moving average line on the 4-hour timeframe. Thus, today, we should continue to trade for an increase with the targets of 1.3824 and 1.3850 until the Heiken Ashi indicator turns down. Sell orders should be considered in the case of a reverse consolidation of the price below the moving average line with targets of 1.3710 and 1.3672 and keep them open until the Heiken Ashi turns up.

Interesting? Write a comment below.
 Overview of the GBP/USD pair. September 2. The "coronavirus" does not sleep and continues to pose a serious threat to humanity
Forward 
Backward 