Overview of the GBP/USD pair. September 9. Scotland will make every effort to hold a referendum before the end of 2023. 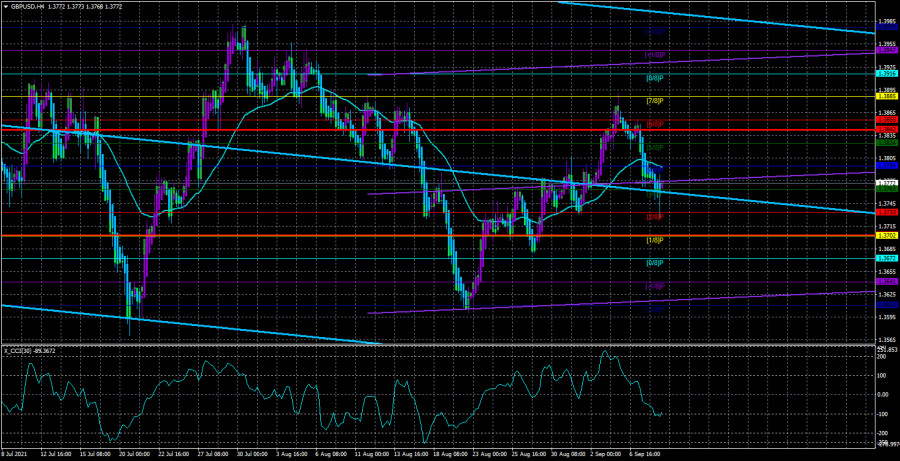 The British pound paired with the US dollar on Wednesday continued to be located below the moving average line. Recall that a day earlier, the fall of the British currency was provoked by a speech by a member of the monetary committee of the Bank of England, Michael Saunders. He hinted that the extension of the quantitative stimulus program could lead to a stronger increase in inflation in the medium term and put BA in an awkward position when adjusting the monetary policy parameters in the future. Various conclusions could be drawn from this saying. However, the market took these words as BA's readiness to extend the duration of economic stimulus. And for the pound, this is a "bearish factor." Thus, the British pound began to fall on Tuesday and generally continued it on Wednesday. However, as in the case of the European currency, we do not believe that the US dollar can continue growing. All the factors in the article on the euro/dollar are also relevant for the pound/dollar pair. The differences are minimal. Both pairs even move about the same in the last 8-9 months. It is easy to see this by looking at the 24-hour timeframe. Thus, we expect that the pair's growth will resume in the near future. However, in recent years, the UK has been famous for its ability to create a frankly negative fundamental background. The country's economy and the national currency exchange rate were under pressure for about four years due to Brexit. When the European Union and the Kingdom still went in different directions, then nothing has changed.

Because a huge number of new problems related to Brexit immediately surfaced, and many disagreements between London and Brussels may take several years to resolve. Recall that the "Northern Ireland" protocol, which was the "stumbling block" in the negotiations between Michel Barnier and David Frost, remains non-working. It somehow functions. However, a new conflict between London and Brussels may break out at any moment, and riots may also begin on the island of Ireland since residents still face a shortage of goods, with customs and the border. It passes not between Northern Ireland and Ireland but along the Irish Sea. However, it is still there because smuggling would flow from Britain to the EU and in the opposite direction without it. In general, the British economy still cannot boast of rosy prospects.

Also, increasingly, the British are facing the threat of losing Scotland. The "deadline" is approaching, according to which the SNP, led by Nicola Sturgeon, should hold a referendum by the end of 2023. Accordingly, there are less than 1.5 years left to keep the promise. And a referendum is not a trip to the store. Moreover, Boris Johnson still refuses to grant the legal right to hold an independence referendum. Therefore, it does not matter what other members of the British government say, who may try to "earn points" by speaking out against the Prime Minister of the country. Even if 70% of the population of Scotland, according to polls, will be in favor of holding a referendum, Boris Johnson's permission is still required. However, the leader of Scotland, Nicola Sturgeon, believes that she will be able to convince Johnson to grant this right. Or it will be possible to put pressure on London through the will of the people. "As we move out of the pandemic, we will have to make choices that will determine our economy and society for the next few decades," said the First Minister of Scotland. "If the coronavirus pandemic allows," Nicola Sturgeon continued, "our goal is to hold a referendum on self-determination before the end of 2023." Such words were uttered at the last congress of the Scottish National Party. Thus, Edinburgh will continue to push its desire for independence. And for the UK, the loss of a third of its territory will be the strongest blow to the economy. A new blow. The third blow after Brexit and the "coronavirus" pandemic, the consequences of which have not yet been leveled.

Thus, in the long term, it could be concluded that the pound should fall. However, the Fed is still doing everything possible to prevent the dollar from growing. And the longer its QE program continues, the longer the British pound can show growth against a negative fundamental background from the UK. 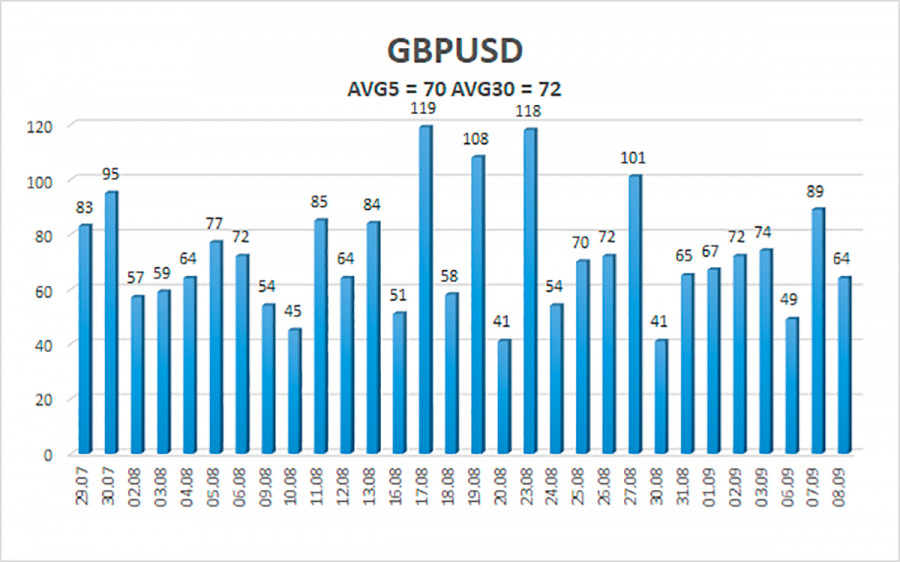 The average volatility of the GBP/USD pair is currently 70 points per day. For the pound/dollar pair, this value is "average." On Thursday, September 9, we expect movement inside the channel, limited by the levels of 1.3703 and 1.3842. The upward reversal of the Heiken Ashi indicator signals a possible resumption of the upward movement.

The GBP/USD pair has been fixed below the moving average line on the 4-hour timeframe. Thus, today, you should trade down with the targets of 1.3733 and 1.3702 before the Heiken Ashi indicator turns up. Buy orders should be considered again if the price is fixed above the moving average line with targets of 1.3824 and 1.3842 and keep them open until the Heiken Ashi turns down.

Interesting? Write a comment below.
 Overview of the GBP/USD pair. September 9. Scotland will make every effort to hold a referendum before the end of 2023.
Forward 
Backward 