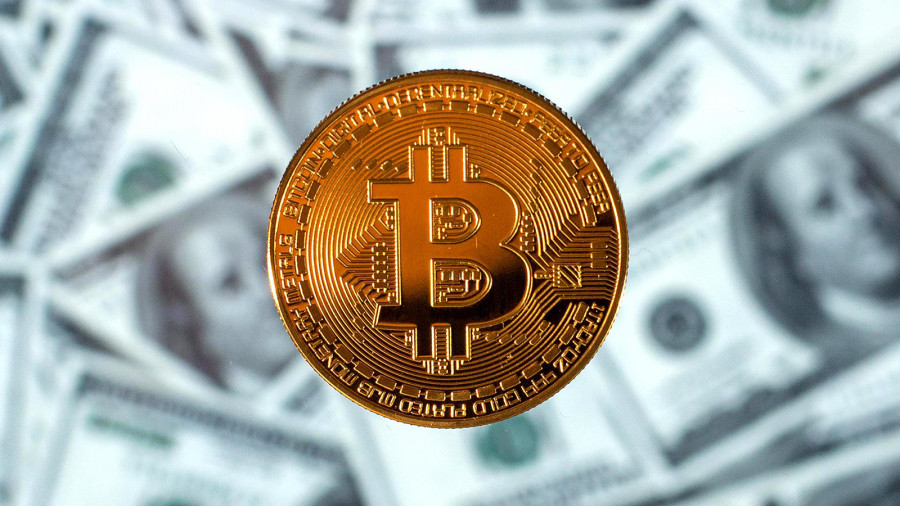 Bitcoin, which broke the upward trend line a few days ago, never managed to start a new downward trend. Yesterday, the cryptocurrency also failed to break through its previous local high of $ 50,300, but this rebound, which could be interpreted as a "double top" pattern, most likely does not matter. This is because investors and traders have no desire to sell bitcoin at the moment. In this case, any pattern and any technical signal are irrelevant. Moreover, the price could not consolidate below the Ichimoku cloud twice. Therefore, Bitcoin has a good chance to further rise with the target of $ 51,350 per coin although the fundamental background remains extremely weak, or simply absent. Despite the fact that we have been waiting for a new round of Bitcoin's decline for a long time, there is no point in disputing that the bulls are currently dominating the market.

But, there is one question: What was seen last month is a new "bullish" trend or just a strong correction within a new downward trend? Former Goldman Sachs employee and now CEO of Real Vision, Raoul Pal believes this is a new bullish trend. He predicted that the price of the main digital asset will be 250-400 thousand dollars per coin next year, and the cost of Ethereum will rise to 20 thousand dollars per coin. According to Pal, America's high inflation will contribute to the growth of the Bitcoin rate. He also explained why Ethereum will continue to grow.

"The number of ETH coins is decreasing every day. Some of the altcoin coins are locked in DeFi and NFT. In such circumstances, only an exponential rise in price is possible", Raoul Pal said.

Thus, the long-term prospects for bitcoin probably remain really positive and pleasant. But in the near future, we do not see any good reasons for leaving the cryptocurrency above $ 50,000 per coin. At this time, the ascending trend line is broken, so it is possible that the instrument will consolidate for several weeks. 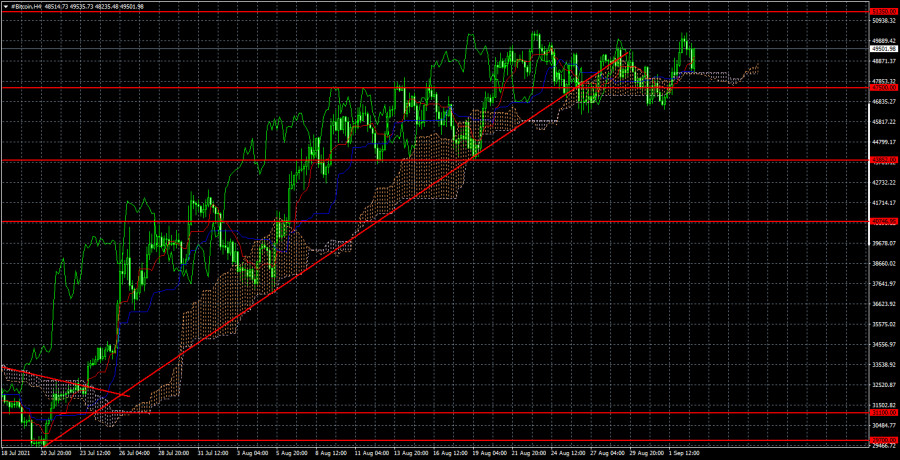 In technical terms, Bitcoin continues to be in an upward trend on the four-hour timeframe, although the price consolidation below the ascending trend line allows us to expect a certain decline. The first world's cryptocurrency spent a little time below the Ichimoku cloud and the level of $ 47,500. Thus, we can now talk about the resumption of an upward trend, which still has no valid grounds and reasons. It is hoped that the price will rebound from the level of $ 50,300 for the third time. In this case, it is possible to fall to the levels of $ 47,500 and $ 43,852. In any case, it will be possible to consider serious sales no earlier than breaking through the level of $ 46,600 (the last two local lows).