Technical analysis of DJI vs DJT for September 24, 2021 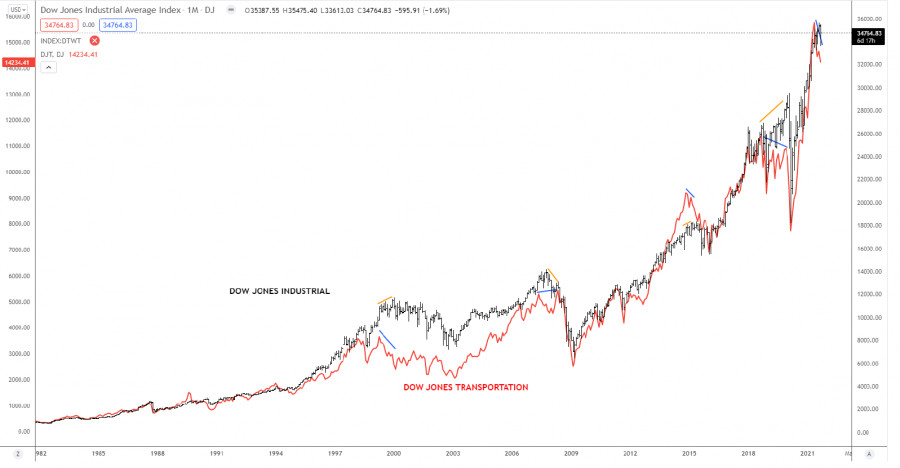 As it can be seen on the chart above, we have seen divergence between the two many times before and it normally call for major corrections as we saw it back in 2000, 2007, 2015 and 2020. Therefore we should be aware of the red light flashing for a possible major top and a larger corrective decline in the weeks/months ahead.