Demand for euro and pound fell strongly on Wednesday in the wake of deadlock over the US debt ceiling, Evergrande debt crisis, electricity shortage in China and fuel crisis in the UK.

Debt crisis in the US

Local reports said Republicans blocked the House of Representatives plan to temporarily suspend the government debt limit until December this year. This dealt a serious blow to the Democrats' attempts to prevent the possible closure of the government on October 1. If the debt ceiling is not raised, the US government will default on its obligations in mid-October. Treasury Secretary Janet Yellen previously warned that her department will run out of money by October 18. 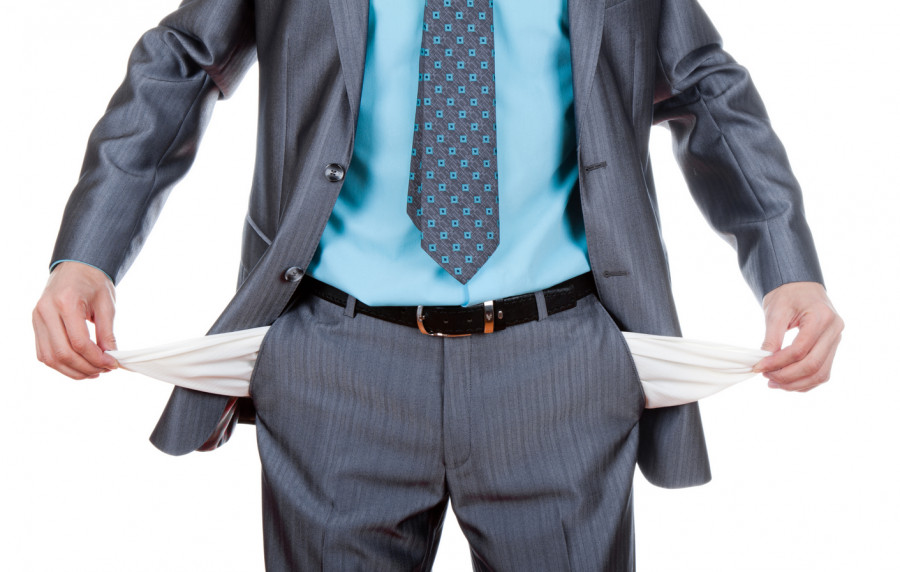 It is obvious that the Democrats hit a formidable wall against Republicans, obstructing them from pushing plans to prevent government shutdowns, avoid debt default and adopt President Joe Biden's $ 4 trillion ambitious plan. The disagreements have rocked the markets, and it seems that today the situation can only get worse.

Earlier this week, progressive Democrats said they would challenge House Speaker Nancy Pelosi over the bipartisan infrastructure bill. But their efforts to oppose it clearly failed, and now negotiations on the implementation of President Biden's ambitious program are underway.

Republicans also blocked the Democrats' attempt to raise the government debt limit, which led to a sharp increase in risks. Many are worried because in three weeks, the US Treasury may run out of money, which could potentially lead to a default on federal payments. But surprisingly, despite the confusion, the sell-off in the US stock markets subsided, although the bearish sentiment persists.

Another serious problem that has eased a bit last week is the China Evergrande debt crisis. Investors' fears have intensified as interest payments on $ 47.5 million worth of bonds are ahead. According to the latest data, the developer plans to sell a CN £ 9.99 billion stake in Shengjing Bank to settle financial obligations.

Investors are also worried over rising electricity prices, due to which the Chinese authorities seem to have hacked miners and banned the cryptocurrency. The crisis is already wreaking havoc on the country's manufacturing sector and associated supply chains.

On a different note, Germany reported yesterday that import prices in the country accelerated to its highest level since 1981. The data from Destatis show that it surged 16.5% y / y in August, after rising 15% in July. And on a monthly basis, it is up by 1.4%, after rising 2.2% in the previous month. Excluding oil and petroleum products, import prices increased by 13.8%.

With regards to the whole Euro area, a study by the European Commission indicated that

economic confidence rose unexpectedly to 117.8 points in September, from 117.6 points in the previous month. The steady rise in sentiment was driven by increased confidence in construction, as well as consumer sentiment.

Industrial sentiment also improved, climbing to 14.1 points in September, from 13.8 points in August. Consumer confidence, on the other hand, was -4.0 points, in line with preliminary estimates.

Fuel crisis in the UK

Pound is currently experiencing crazy pressure from sellers amid a crisis in the fuel sector. Aside from that, economic data was also weak, as IHS Markit reported that overall perceptions on the financial well-being of UK households fell in the third quarter, despite rising household incomes driven by increased employment. The Scottish Widows index apparently dropped to 44.0 points in the third quarter, from 44.7 points in the second quarter. The index for financial outlook also declined to 49.2 points, from 50.3 points in the previous quarter.

Obviously, the COVID-19 pandemic dealt heavy blows in the long-term financial planning of households, as almost three quarters of the surveyed households consider it important to prepare for the future financial well-being of loved ones and other generations.

And most likely, in the context of the fuel crisis, activity will continue to decline. There is also a serious risk that at some point, the economic recovery may take a small step back, so traders are selling pound despite the hints of the Bank of England that they are ready to raise interest rates in November.