USD/CAD. Fate of the downward trend depends on today's data

The USD/CAD pair continues to trade within a 150-point range, without leaving the price range of 1.2600-1.2750. Last Friday the Canadian dollar received support from Canada's Nonfarm – the key labor market data made investors happy as it was released in the green zone. It is worth noting that nearly all components of the release were better than expected, reflecting the strength of the recovery process. However, the USD/CAD pair reacted quite ambiguously to the publication. It initially declined to the level of 1.2580, but then turned sharply and surged more than a hundred points, reaching a local high of 1.2691. Such price dynamics were due to several fundamental factors.

First, traders began to fix profits at the end of the trading week without risking leaving open orders for the weekend. Second, the US dollar also played a role, which showed its character again all over the market. The "hawkish" comments of the Fed representative Loretta Mester and the growth in the producer price index allowed the US dollar to change the situation not only in pair with the Canadian dollar, but in almost all dollar pairs. 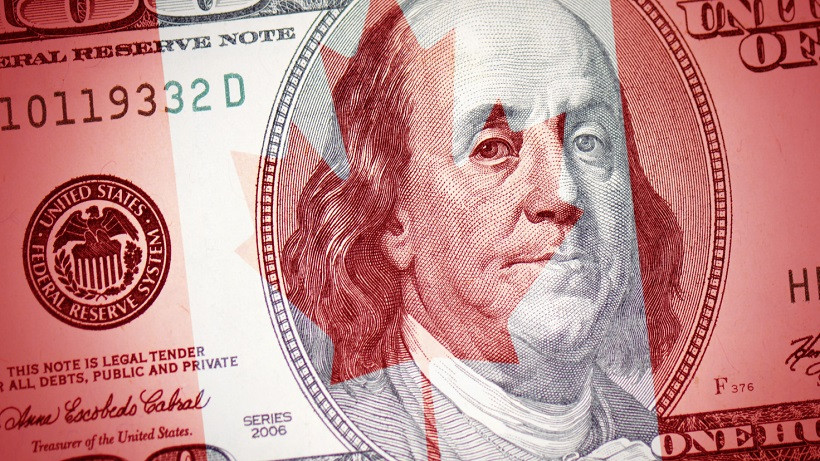 But let's start with the Canadian Nonfarm data. The key labor market data in the US and Canada are usually released on the same day and even at the same time. And since the US Nonfarm set the tone for trading in all dollar pairs, Canadian numbers are on the sidelines – they are interesting to a narrower circle of traders. In the context of the USD/CAD pair, the Canadian dollar follows the American one, so the "Canadian Nonfarm" remains in the shadow of the more significant American release. However, there has been, so to speak, "desynchronization" recently with an interval of a week. A similar situation developed in September: In the US, the main report was published on Friday before last, but in Canada, it was published on the last trading day of the previous week. And if the American release supported the sellers of the instrument, the Canadian figures neither helped the bears nor the bulls of the pair, although the data was released in the "green zone".

It should be noted that the number of employed in August rose by 90 thousand, against the forecasted growth of 67 thousand. The unemployment rate also showed positive dynamics, falling to 7.1% (from the previous value of 7.3%). This indicator has been declining for the third month in a row, reaching its lowest level in August since February 2020. For comparison, unemployment reached 13.7% in the midst of the pandemic and lockdowns, that is, in the spring of last year, while the figure fluctuated around 5.5% -5.7% in the pre-crisis times.

In other words, the published figures seem to be flawless at first glance. But upon closer examination, there are certain loopholes. First of all, we are talking about the component of the increase in the number of employed. The fact is that the part-time indicator exceeded the forecast values again, while the full-time component was in the "red zone". Experts believe that this situation is due to the restart of the retail sector. Against the backdrop of strong vaccination rates in various provinces, strict quarantine measures began to gradually loosen, after which the retail sector recovered by hiring temporary workers. However, it is worth recalling here that full-time positions imply higher salaries and social security, having a beneficial effect on consumer activity in Canadians and, ultimately, on inflationary growth in the country. Therefore, Friday's numbers in this context seemed to alert traders, since the overall positive was due to an unreliable factor.

Nevertheless, the pair reversed not because of the weakness of the Canadian dollar, but because of the strengthening of the US dollar which lives with "hawkish expectations" before the Fed's September meeting. These sentiments were strengthened by the head of the Federal Reserve Bank of Cleveland, Loretta Mester, who said that the economic situation in the United States has improved enough to allow the Fed to begin slowing down the pace of asset purchases. This idea was developed yesterday by her colleague Patrick Harker. He urged to start the process of reducing QE as soon as possible so that the regulator would start further steps in the form of an interest rate increase. The dollar bulls were also pleased with the producer price index, which is an early signal of changes in inflationary trends. All components of this release were released in the "green zone".

Thus, the signals of a fundamental nature are ambiguous, which is why USD/CAD traders cannot determine the vector of price movement. Both the Bank of Canada and the Federal Reserve are showing a "hawkish" attitude, despite the contradictory macroeconomic statistics. Therefore, the fate of the Canadian dollar (at least in the medium term) depends on today's inflation release. If the US inflation disappoints investors, the bears of this pair will take the lead again, sending the pair to a local low of 1.2580. 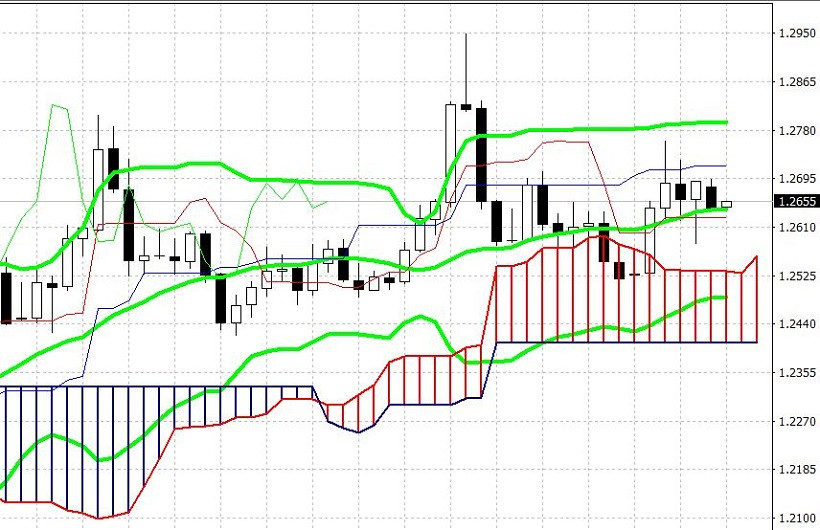 From the technical point of view, the pair on the daily chart is located on the middle line of the Bollinger Bands indicator. If the price consolidates below the level of 1.2625, the Ichimoku indicator will form a "Dead Cross" signal, in which the Tenkan-sen and Kijun-sen lines will be above the price, and the Kumo cloud will be below it. This configuration will indicate the priority of short positions initially to the local low of 1.2580 and to the lower line of the Bollinger Bands indicator on the same timeframe, that is, to the level of 1.2470 in the long term. However, it is advisable to consider sales only after the bears have broken through the level of 1.2625.