USD/CHF Exit Its Range Soon? NFP Could Be Decisive!

USD/CHF drops right now as the Dollar Index accelerates its drop. The pair drops when the index goes down. Surprisingly or not, the greenback drops right now even if the US indicators have reported positive data.

The Unemployment Claims dropped further in the last week. The indicator was reported at 340K below 342K estimates and under 354K in the previous reporting period. Also, the Trade Balance dropped from -73.2B to -70.1B, while the Factory Orders increased by 0.4% as expected.

The pair has increased a little today after the Switzerland Retail Sales dropped unexpectedly by 2.6% versus a 0.2% growth expected. 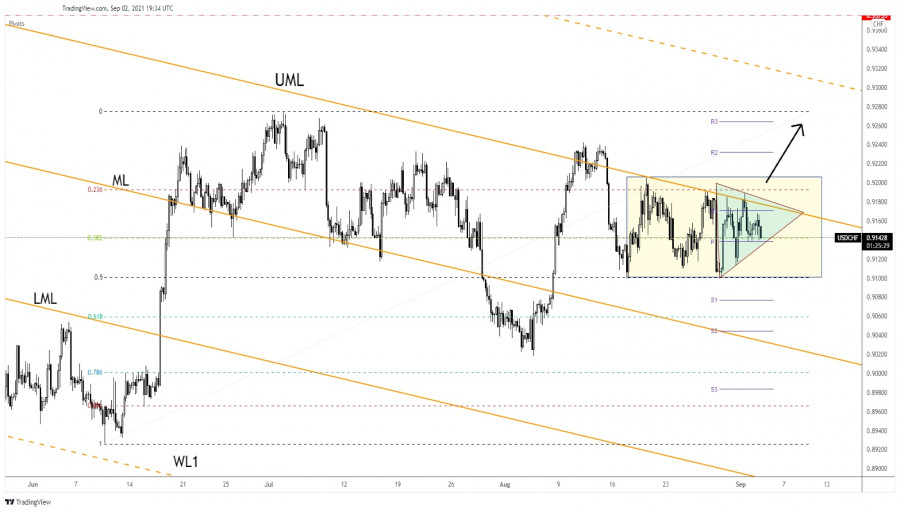 On the other hand, a downside breakout from the current triangle and from the actual range could announce a sell-off.