Analysis and trading recommendations for EUR/USD on October 4

There were several market signals last Friday. The first one was to sell and it coincided with the time that the MACD line was in the overbought area. This provoked EUR / USD to drop by around 17 pips. Afterwards, a signal to buy appeared, but this time it coincided with the MACD line moving away from zero. It limited the upside potential of the pair, so euro did not rise as expected.

The decision of US President Joe Biden to sign an emergency plan for the government before December 3 helped buyers of risky assets recover slightly after a one-week bear market. In addition to that, strong report on EU CPI raised demand for euro, which led to a further increase in EUR / USD. But by afternoon, data on the US economy and a report on consumer sentiment helped bring demand back for dollar.

The market is expected to be calmer today as there is only a Sentix report on investor confidence and Eurogroup meeting in the morning. Then, in the afternoon, there will be a report on the volume of US industrial orders, but it is unlikely to shake the markets.

There may be an upward correction in EUR / USD. 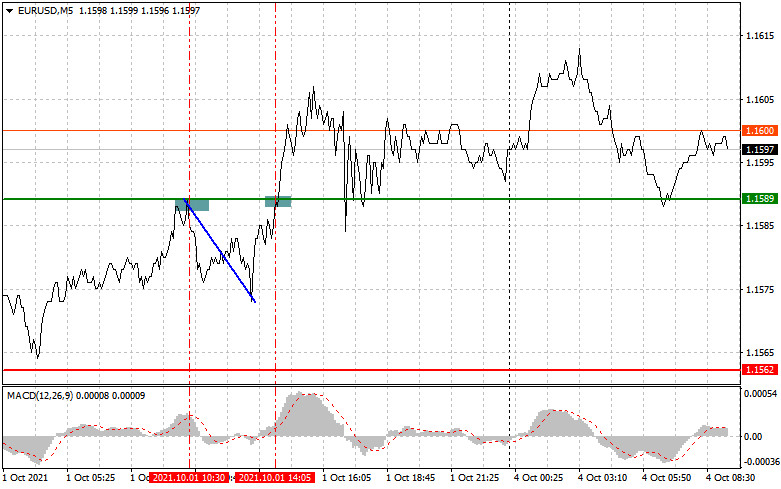 Open a long position when euro reaches 1.1606 (green line on the chart) and take profit at 1.1638. The pair will climb higher if political pressure in the US, which contributed to the growth of dollar last week, weakens. But before buying, make sure that the MACD line is above zero, or is starting to rise from it.

Open a short position when euro reaches 1.1586 (red line on the chart) and take profit at 1.1564. Pressure will continue in the event of weak data from the Euro area and strong statistics from the US. But before selling, make sure that the MACD line is below zero, or is starting to move down from it. 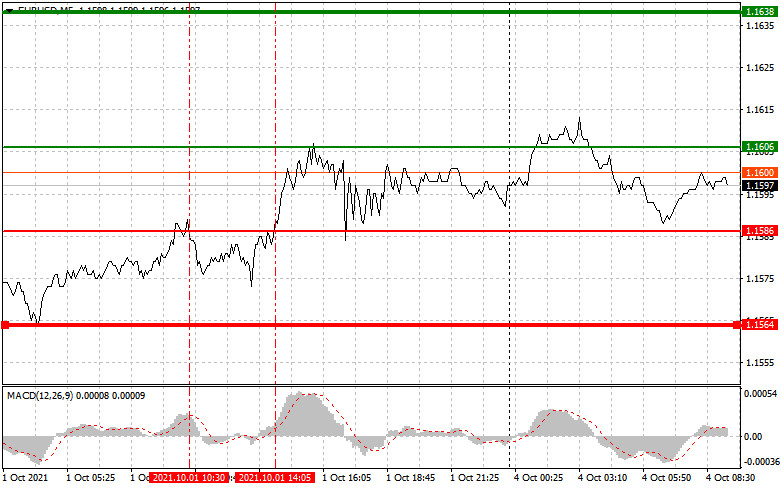