Analysis and trading recommendations for EUR/USD on October 20 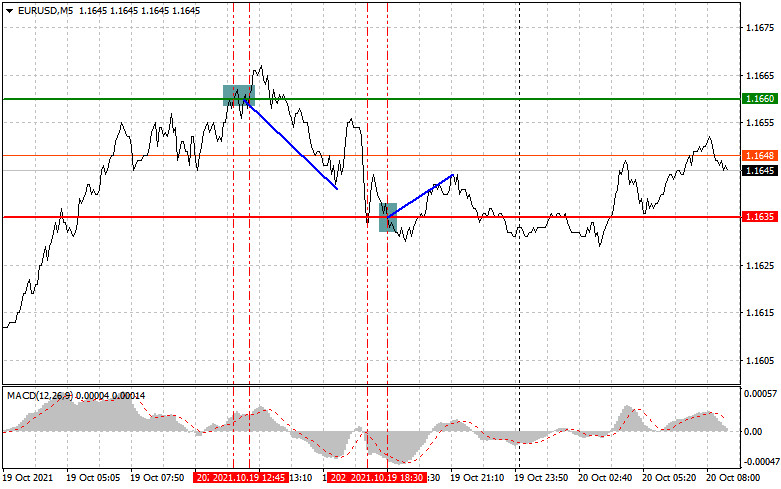 Euro rallied yesterday because of the statements from ECB members Frank Elderson and Fabio Panetta. But the situation turned around in the afternoon as Fed members Mary Daly and Michelle Bowman addressed US inflation, which attracted investor interest on dollar.

Today, a lot of macro statistics are scheduled to come out, and these are EU data on CPI and ECB balance of payments, which, if exceeded expectations, could provoke another rally in EUR / USD. Another speech from ECB member Frank Elderson will also commence, followed by statements from Fed members Charles Evans, Raphael Bostic and Randal Quarles.

Open a long position when euro reaches 1.1656 (green line on the chart) and take profit at 1.1696. Price will increase if EU inflation data comes out strong.

Before buying, make sure that the MACD line is above zero, or is starting to rise from it. It is also possible to buy at 1.1635, but the MACD line should be in the oversold area, as only by that will the market reverse to 1.1656 and 1.1696.

Open a short position when euro reaches 1.1635 (red line on the chart) and take profit at 1.1594. Pressure may return if there are weak EU statistics and if the Fed makes statements that are in favor of dollar.

Before selling, make sure that the MACD line is below zero, or is starting to move down from it. Euro could also be sold at 1.1656, but the MACD line should be in the overbought area, as only by that will the market reverse to 1.1635 and 1.1594. 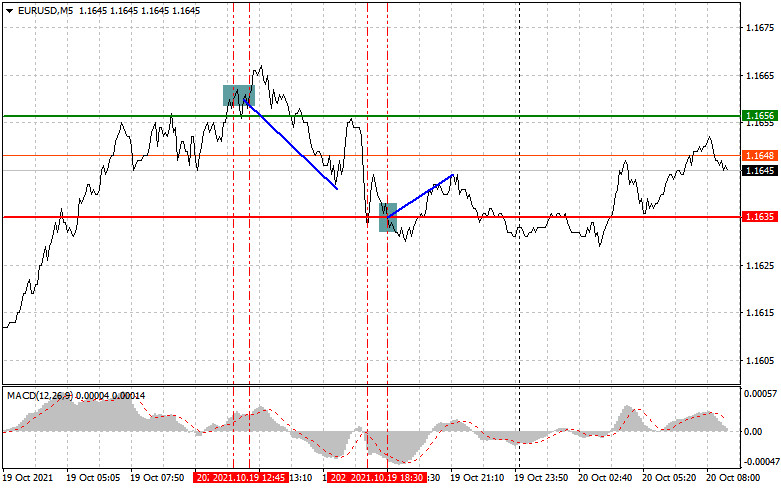