Analysis and trading recommendations for GBP/USD on October 20 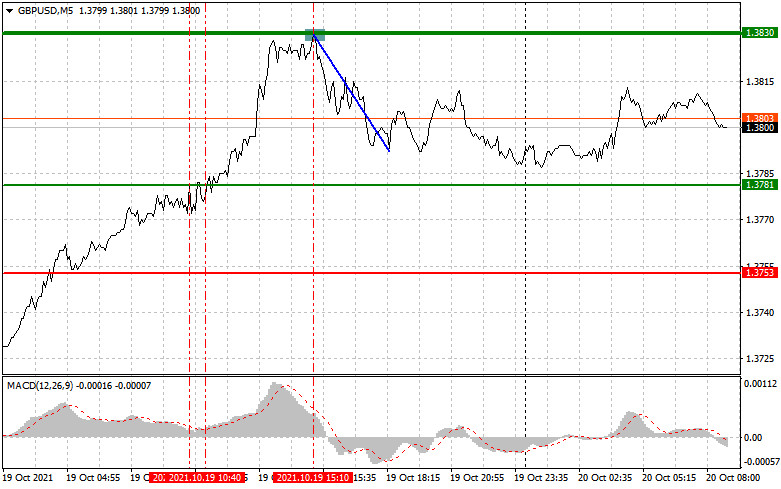 Pound rallied, thanks to the statements of Bank of England Governor Andrew Bailey. He addressed the ongoing problems with inflation, invigorating the risk appetite of traders.

Rally may continue today after the release of the UK CPI report for September. But the movement will be little, unless the figure exceeds forecasts. In the afternoon, there are no important US statistics, but lately the market is more responsive to the statements of the Federal Reserve. As such, traders should pay attention to interviews of Fed members Charles Evans, Raphael Bostic and Randal Quarles.

Before buying, make sure that the MACD line is above zero, or is starting to rise from it. It is also possible to buy at 1.3790, but the MACD line should be in the oversold area, as only by that will the market reverse to 1.3813 and 1.3853.

Open a short position when pound reaches 1.3790 (red line on the chart) and take profit at 1.3755. Pressure may return if the attempt to break above the weekly high is unsuccessful. Weak data on UK inflation will also push GBP / USD down.

Before selling, make sure that the MACD line is below zero, or is starting to move down from it. Pound can also be sold at 1.3813, but the MACD line should be in the overbought area, as only by that will the market reverse to 1.3790 and 1.3755. 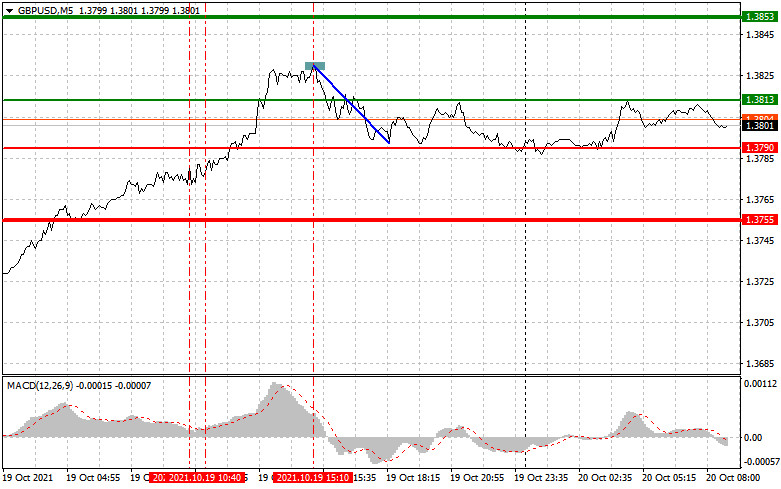 The thin green line is the key level at which you can place long positions in the GBP / USD pair.

The thin red line is the level at which you can place short positions in the GBP / USD pair.