Yesterday, the AUD/USD pair showed an upward correction, rising to the level of 0.7374. The Australian dollar strengthened by 70 points, but it was under pressure again during today's Asian session. The temporary strengthening of this currency is due to the improvement in the epidemiological situation in the country. And although there is still a long way to have a complete victory, doctors are recording certain positive trends.

For example, the daily increase in the number of patients in the last three days has been consistently decreasing. In addition, the number of vaccinated people is constantly growing, allowing local authorities to gradually relax quarantine restrictions. Just yesterday, a hundredth day period of strict restrictions ended in the largest city in Australia – Sydney. This is all thanks to a successful vaccination campaign. In New South Wales, of which Sydney is the capital, 74% of residents over the age of 16 have been fully vaccinated against COVID-19. Before the beginning of winter, the state authorities plan to vaccinate 80% of residents, which will remove almost all coronavirus restrictions. It can be recalled that during the lockdown period, people were forbidden to leave buildings, except for exercise, buying food and medicine, caring for others, or for other valid reasons. At the same time, fines for violating COVID rules have increased significantly. 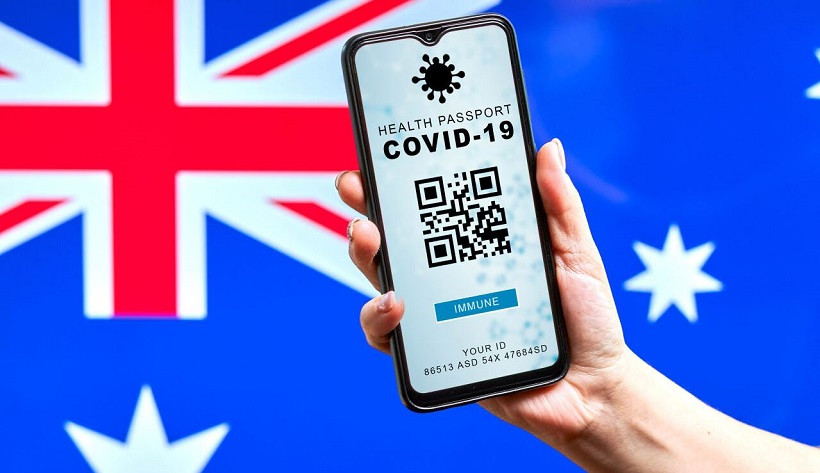 As a result, there was a slowdown in the labor market. The latest "Australian Nonfarms" reflected the consequences of the coronavirus crisis – the growth in the number of employed in August collapsed into the negative zone (-140 thousand) for the first time since April this year. Thus, September data on the growth of the Australian labor market, which will be published the day after tomorrow, should also disappoint traders. According to preliminary forecasts, all components of the key release will show negative dynamics. Here, the unemployment rate should rise from 4.5% to 4.8%. The number of employed will fall even deeper into the negative area (-145 thousand), reflecting a reduction in both full and part-time employment, and the share of the economically active population will decrease to 64.3% from the previous value of 65.2%.

We believe that the market is ready for such results since many unemployed Australians in September could not physically (had no right) leave their home in search of work. In August and September, quarantine restrictions were significantly tightened in the largest states of the country (especially in the state of New South Wales). At the moment, knockdowns are still active in the Australian Capital Territory, with almost 500 thousand inhabitants, and 5 million in Melbourne.

Given traders' preparedness for the disappointing results of September, it can be assumed that the Australian dollar will be under strong pressure only if the Australian Nonfarm data come out in the red zone, despite extremely weak and pessimistic forecasts. It should be recalled that after the results of the last RBA meeting, the regulator did not focus on the frankly disastrous data on the growth of the Australian labor market in August. On the contrary, the members of the Central Bank voiced a cautiously optimistic position in the accompanying statement. According to the RBA, the slowdown in economic growth in Australia will be temporary. They said that as the number of vaccinations continues to increase and restrictions are lifted, key economic indicators will recover.

Does all the aforementioned mean that the AUD/USD pair is ready for a trend reversal? In my opinion, no. The pair is still within the downward trend and is moving in the wake of the US currency. Therefore, we are dealing with an upward correction, whose duration and scale depend on the behavior of the US dollar. So, as far as dollar bulls "allow" the Australian dollar to go, that's how it will go.

The uncorrelation of the positions of the RBA and the Fed regarding QE and the fate of the interest rate will continue to serve as a heavy anchor for AUD/USD. After all, despite its cautiously optimistic attitude, the Reserve Bank of Australia announced in September that the next round of revision of the bond repurchase program would take place no earlier than February 2022, and the interest rate would be raised no earlier than 2024. In turn, the US Federal Reserve will start curtailing QE as early as next month, while the interest rate may be raised either next year or at the beginning of 2023.

Therefore, if we consider medium-term trading (and even more so long-term), then it is advisable to use any more or less large-scale corrective growth of the AUD/USD pair as an excuse to open short positions.

From a technical point of view, the pair is currently testing the resistance level of 0.7360 on the D1 timeframe, which corresponds to the upper line of the Bollinger Bands indicator, which coincides with the upper border of the Kumo cloud. If AUD/USD buyers break through this price barrier, the next resistance level will be the "round" level of 0.7400, which corresponds to the average line of the Bollinger Bands on the W1 timeframe. If the corrective impulse starts to fade in this price area, then it is worth considering the option of opening short positions with a medium-term target of 0.7280 (the average Bollinger Bands line on D1 coinciding with the Tenkan-sen line).