After a short consolidation phase, bitcoin reached an all-time high. As of 17:00, the cryptocurrency was trading around $65,800, having risen by 7% over the past day. BTC hit its high quite quickly as in just an hour BTC grew by 3.7%. At the same time, there is an increase in intraday volumes to the level of $42 billion. Currently, BTC is soaring. Analysts are sure it will soon approach new highs.

Over the past week, bitcoin has grown by 18%, logging the biggest gain after breaking the resistance level of $59,000. After that, BTC consolidated above $60,000 and began to approach the final resistance level of $61,5000-63,800. After a short period of stabilization, bitcoin broke through the $64,000 mark, forming a long bullish candlestick on the 1H chart. As of 17:20 on the 1H chart, BTC/USD encountered another resistance level, which slowed down the price growth. Despite the strong upward movement on the MACD, the RSI indicator has already begun to decline. At the same time, the stochastic oscillator has made a sharp reversal and completed the formation of a bearish intersection, which may mean a subsequent decline. It also shows that the breakout of the $64,000 level was rather quick, which hinted at the presence of institutional investors in the market. 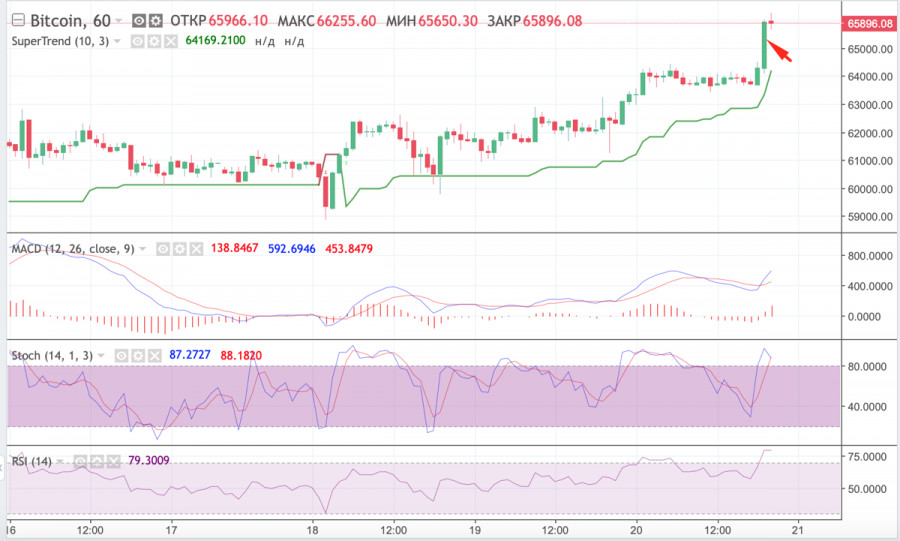 On the daily chart, the situation looks more optimistic due to the steadily upward movement on the MACD and RSI. Apparently, after reaching the $66,000 level, bitcoin faced a strong resistance level. So, bears exerted pressure on BTC. Despite the fact that technical indicators signal bullish momentum, stochastic is flat above the 90 level, which indicates the completion of the impulse jump. At the same time, bitcoin is likely to stabilize in this range and continue its rally. On top of that, on-chain activity remains high. The crypto market is entering the main upward cycle. Yet, the downward movement that pushed the price below its highs may return from time to time due to institutional investors. 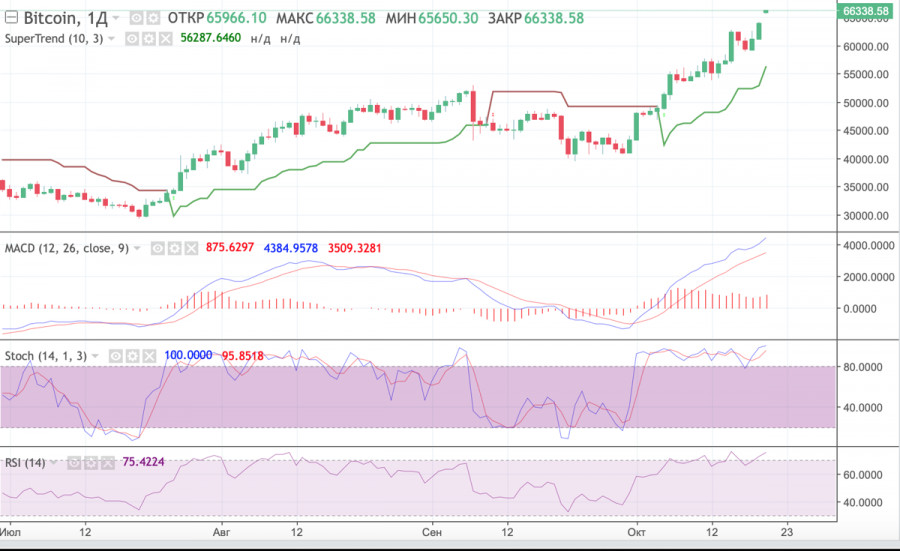 The digital currency has already broken through the April high. Analysts are curious about what record levels BTC may reach during this rally. Analysts at Plan B have an answer to this question. Importantly, traders trust their time model as the BTC price goes exactly with the calculations of the program. Experts predicted a drop to $40,000 in September and a subsequent recovery in mid-October. If you trust the C2F model, that BTC is likely to rise to $93,000. After that, there could be a temporary decline. By the end of the year, BTC may approach $135,000. Currently, there no reason to doubt this scenario. Judging by the growing volume of long positions and the likelihood of a short squeeze, BTC is likely to reach the $70,000 mark by the end of today's trading day. 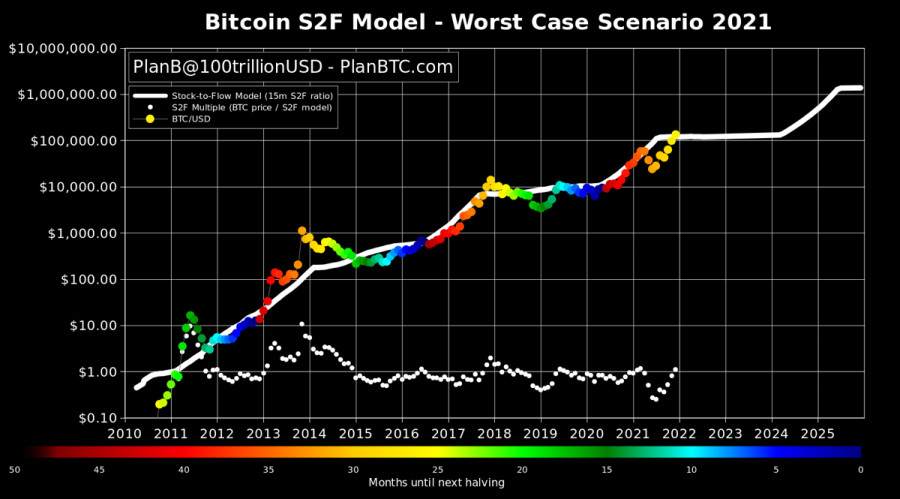