Bitcoin managed to break out of the range where it had been fluctuating between $43,000-$45,000. As a result, it consolidated above $47,000. As of 17:00, the digital asset was holding at this level. So, it may continue to grow in the near future. At the same time, the positive news has started to appear in the media that may significantly improve investor sentiment and increase medium-term investments. In addition, some analysts expect bitcoin to rise until 2022. It is also projected to reach new all-time highs.

Today, news from Brazil came as a pleasant surprise to crypto traders. The Brazilian government is likely to follow the example of El Salvador. During this week, the Chamber of Deputies will consider a bill to make bitcoin a legal means of payment. The regulatory act has already been drawn up. In the next few days, it will be submitted to the plenary session of the country's parliament. If the law is adopted, Brazilian residents will be able to use BTC in household transactions as well as to buy real estate and cars. The country's authorities have recently started talking about the possible introduction of cryptocurrencies. Local residents have different opinions on the matter. According to a survey conducted by Sherlock Communications, only 56% of Brazilian residents have a positive attitude to the adoption of BTC in El Salvador. At the same time, 48% of the surveyed supported the initiative to introduce BTC as a means of payment.

If this bill is adopted, bitcoin may soar considerably as Brazil is a more economically developed country than El Salvador. Therefore, the impact of such a decision on the price of BTC will be significant. Taking into account high demand for bitcoin among all market participants and the gradual recovery of the hashrate, the adoption of the crypto in Brazil may trigger a strong bullish momentum.

Moreover, Plan B analysts revised upwardly their forecast for BTC. Traders pay great attention to their forecast after bitcoin finished September exactly according to the S2F model. The developers conducted an additional study of on-chain activity taking into account new fundamental factors. So, they adjusted their own forecast. According to the S2F model, which continues to meet expectations, the second wave of the bull market for BTC will last for another six months. Given the reputation that Plan B experts, this statement may attract a great number of retail investors to the market. So, the fundamental background BTC is getting more and more positive amid the record low supply on cryptocurrency exchanges, the recovery of hashrate, and the growth of on-chain activity. This is why retail investors are likely to increase purchases on BTC. 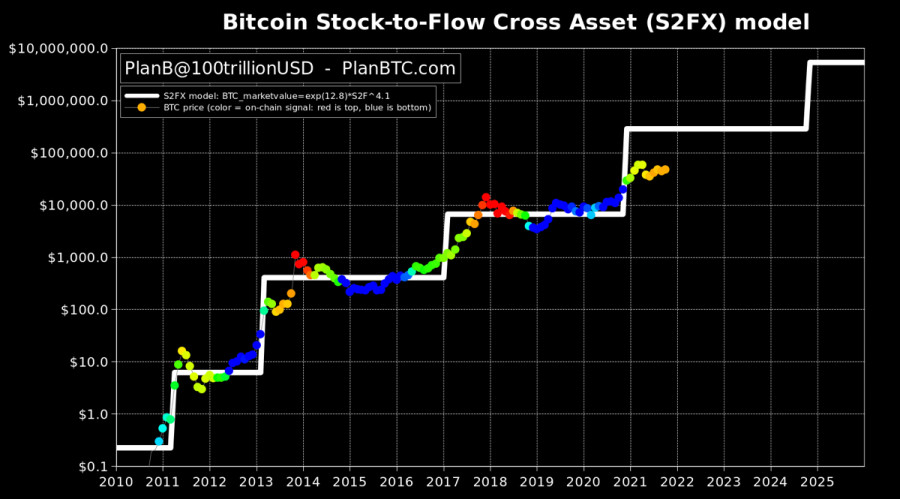 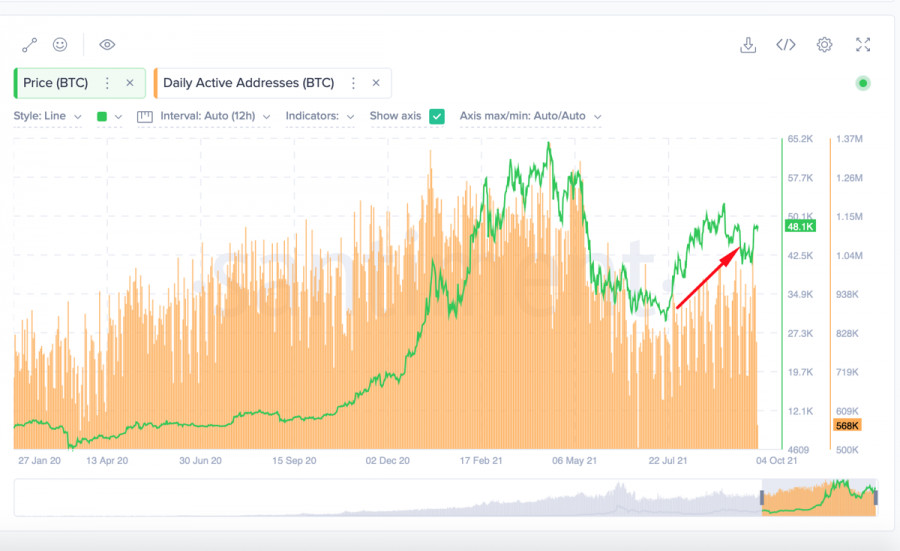 As of 17:00, BTC has come close to the $48,000 mark where a large number of sell orders have been opened. At the same time, in a two-hour section, BTC is showing a positive dynamic and trading volumes continue to revive. It is likely that at the end of today's trading day, BTC will be able to break above $48,000. Nonetheless, technical indicators continue to decline after a strong bullish rally and there are no obvious reasons for the continuation of the upward movement on the daily chart. The MACD indicator has entered the red zone, although it shows a bullish momentum. On other charts, technical indicators signal a consolidation phase. Therefore, bulls could push the virtual asset above $48,000. Yet, BTC is unlikely to consolidate there. 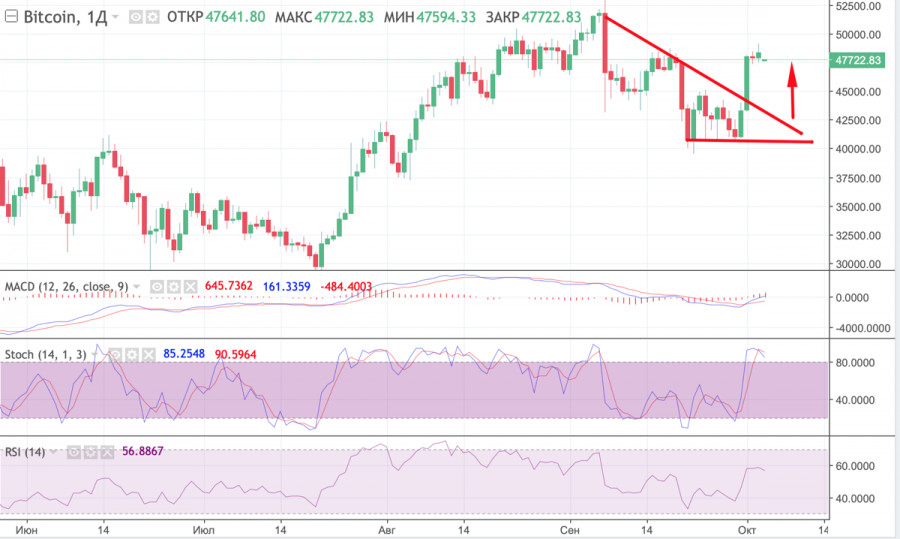