Last week, the crypto market saw a historic moment as the SEC approved the first BTC futures ETF fund in the United States. Following this announcement, bitcoin soared above the $60,000 mark. As of October 18, the coin is a step away from the historical record. However, the adoption of the first exchange-traded fund for BTC futures has a hidden danger, which puts the investor in an even more risky position. In addition, the approval of such a fund could be more beneficial for the SEC. Now, the regulator has certain control over cryptocurrencies.

The most important problem of an ETF fund on BTC may be an increased risk when performing operations. This opinion was voiced by DeFi Unchained Capital CEO Parker Lewis. He said that the euphoria after the launch of the exchange-traded fund would have a positive effect on the quotes of the number one cryptocurrency but may negatively affect traders. According to Mr. Lewis, market players who purchase ETF futures accept additional risks of the market maker and, unlike the latter, cannot be insured against them. Lewis believes that the acquisition of BTC through a fund is much riskier than through a cryptocurrency platform. Naturally, he is a businessman and looks at the matter from this angle. However, there is a grain of truth in his words. To buy bitcoin by oneself is risky due to its decentralization and volatility. Yet, when using an ETF fund, investors take an additional risk burden.

On top of that, the regulator may gain the most from the adoption of an ETF fund on BTC futures. For more than two years, companies have been actively trying to push applications for the creation of full-fledged ETF funds but the SEC's position was unshakeable. However, under pressure and the lack of a unified strategy, the SEC stated that the was ripe to create such a fund with certain conditions involving the use of BTC futures. Thus, the SEC forced the market to play by its own rules and approved an exchange-traded fund for BTC futures. Some analysts are confident that the approval of the application did not accelerate the launch of a full-fledged ETF fund but, on the contrary, postponed it for several more years. The regulator is well aware of the experience of Canada where such funds attracted significantly less investment than conventional exchange-traded funds. Therefore, the launch of a BTC futures exchange could be the initial plan of the government. 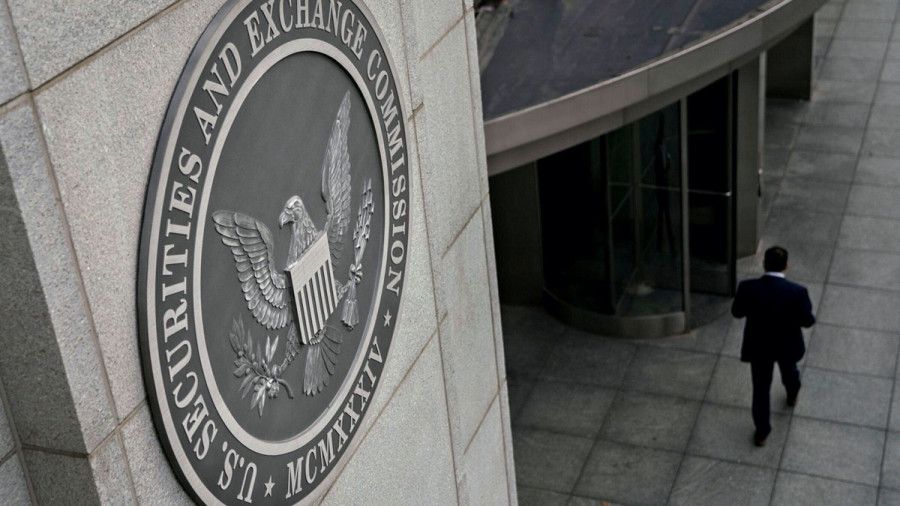 Despite the obvious facts, bitcoin resumed bullish momentum amid hype over the launch of the fund. It is moving towards a historical record. Bitcoin aims at $60,000-$64,000. It is already approaching the middle of this range. Technical indicators signal the continuation of the upward movement and the bullish flag on the horizontal has appeared on the charts. The MACD is moving up, which indicates the strength of bulls. The steady growth of stochastic and the RSI indicator show that bulls are in control now. Bitcoin is likely to test a historical high tonight. Then, it will drop to a high of $60,500. Alter that, it may soar to new highs. 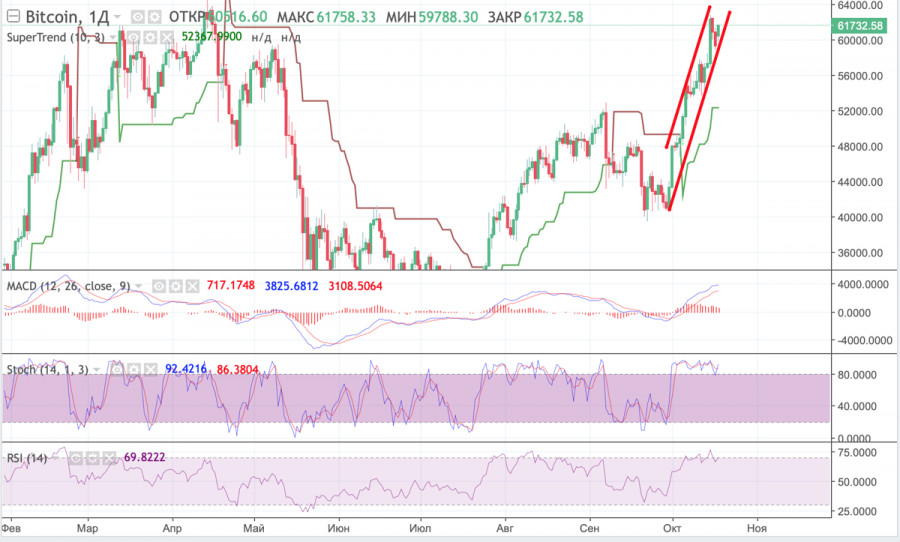