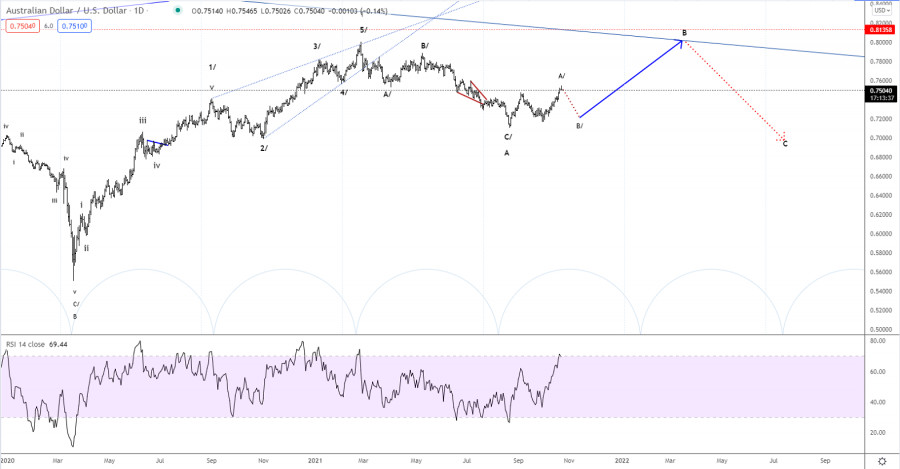 AUD/USD has broken above resistance at 0.7478 indicating that wave A completed with the test of 0.7106 in late August and wave B is now in motion. B-waves are the most difficult waves to predict as all kinds of combinations may occur. Wave A was in three waves and that calls for only two possibilities for wave B. It can be a flat correction, which calls for a rally back to at least 0.7890 and possibly closer to the start of wave A at 0.8007. Wave B can be a triangle in which case we could see a rally to between 0.7614 to 0.7814 before topping and then move lower near 0.7765.

Only time will show how wave B develops. Once wave B is completed, C will be a five-wave decline to complete wave 2 and set the stage for a new impulsive rally in wave 3.