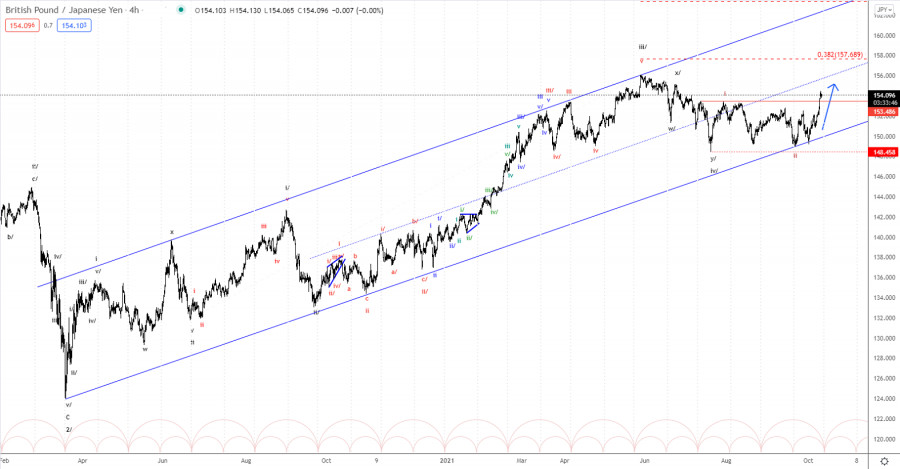 GBP/JPY has finally broken through the short-term resistance of 153.49. It calls for sub-wave v/ of iii towards the long-term target at 157.69 in the weeks to come. Once wave iii is completed, we should look for a new corrective decline in wave iv towards the low of sub-wave iv/ near 148.46.

As this is the final impulsive wave in wave iii we have to be aware, that once the former peak in wave sub-wave iii/ at 156.06 has been cleared all requirement to the rally in sub-wave v/ has been fulfilled. The pair may reach new highs in the near future.