European stock indices fell on the basis of trading on Friday 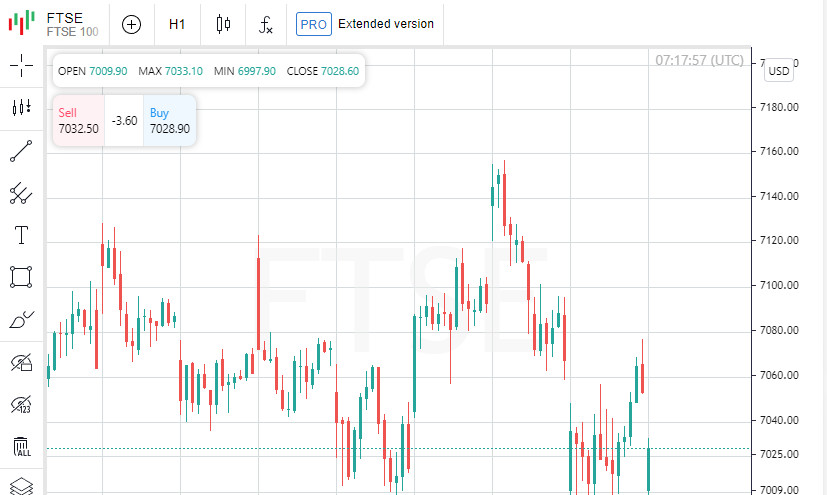 Investors analyzed statistics that indicate accelerating inflation and a slowdown in economic recovery from the effects of COVID-19. In addition, they are under pressure from the ongoing energy crisis in China, which could lead to even greater problems in global supply chains, especially ahead of New Years and Christmas holidays, when the demand for goods traditionally increases.

In the eurozone, inflation in September accelerated to 3.4%, the highest since 2008, up from 3% a month earlier, preliminary data from the Statistical Office of the European Union show. Experts on average expected an acceleration in the growth rate of consumer prices in September to 3.3%.

The growth rate of retail sales in Germany in August fell short of analysts' expectations. The indicator increased by 1.1% from the previous month, according to data from the country's Federal Statistical Agency (Destatis). The economist had on average expected growth of 1.5%.

The September purchasing managers' index (PMI) for the manufacturing sector in the eurozone fell to its lowest level since February at 58.6, final data from IHS Markit showed. In the month before last, the indicator was at the level of 61.4 points.

In Germany, the industrial PMI was revised to 58.4 points from 58.5 points previously announced by IHS Markit. In August, the indicator was 62.6 points. In the UK, the indicator fell to 57.1 points from 60.3 in August. However, IHS experts previously estimated the country's September PMI at 56.3 points. The French manufacturing purchasing managers' index fell to 55 points last month from 57.5 points, the Italian index fell to 59.7 from 60.9 points. The Spanish PMI fell to 58.1 points from 59.5 in August.

In general, the decline in manufacturing activity in European countries was caused by problems in global supply chains and, as a result, an increase in purchase prices, according to the HIS report.

The composite index of the largest enterprises in the region Stoxx Europe 600 fell by 0.42% and amounted to 452.9 points.

UK sporting goods retailer JD Sports slumped 1.3% after it was reported that the UK regulator had begun investigating possible antitrust violations in the country as part of its partnership with Leicester City F.C. football club.

The market capitalization of the British beverage maker Diageo PLC declined 2%. The company will provide $ 500 million to boost production of tequila in Mexico.

The value of Deutsche Post AG fell by almost 5%. DHL Express's logistics division plans to increase shipping rates for US customers by an average of 5.9% starting January 1.

Oil and gas BP PLC fell 0.7%. The company announced a day earlier that, as part of the investment round, it will allocate $ 13 million to the Indian startup-developer of the service for electric car rental and charging stations BluSmart.

German automaker Bayerische Motoren Werke (BMW) AG gained 1.3%. The company has improved its forecast for a number of financial indicators for 2021, citing the fact that the rise in car prices will offset the negative impact of the global chip shortage.

Daimler AG's value increased by 0.9%. The shareholders of the German automotive concern have approved the spin-off of the Daimler Truck division into an independent company with a separate listing. The remainder of Daimler AG, which will exclusively produce luxury and premium passenger cars and minivans, will be renamed Mercedes-Benz Group AG from February 2022.