Judging from the way the euro was moving on Friday, market participants simply ignored preliminary business activity results. The market remained steady after a drop in the eurozone's services PMI to 54.7 from 56.4. The reading had been forecast to fall to 55.5. A slight decrease in the manufacturing PMI to 58.5 versus 58.6 could not offset the disappointing business activity data in the services sector, which has a more significant impact on the market. 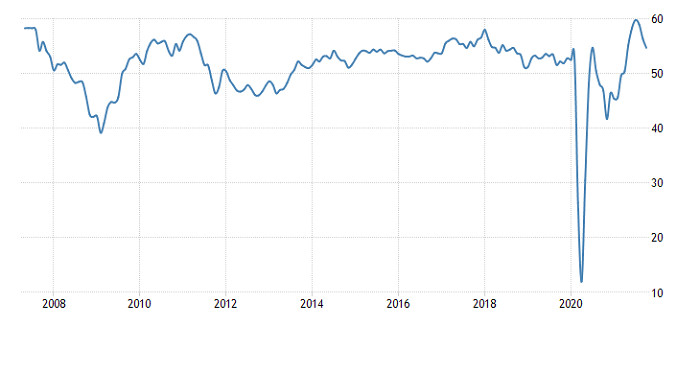 Surprisingly, the release of flash business activity data in the United States had absolutely no effect on the market although it came better than expected. The manufacturing PMI fell to 59.2 from 60.7 but the services PMI soared to 58.2 versus 54.9. The index had been estimated to rise to 55.1. Since the market ignored business activity results in the services sector, it is likely to remain at a standstill today due to an empty macroeconomic calendar. 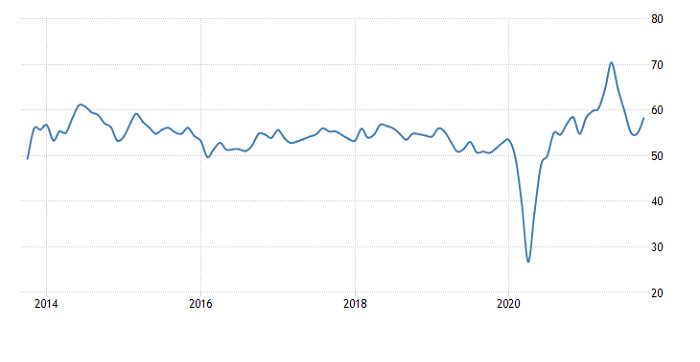 At the peak of a corrective move, EUR/USD came at a standstill in the 1.1620/1.1669 range, signaling the possibility of a slowdown in the upward trend and a reversal.

The quote is moving between 23.6 and 38.2 Fibonacci levels, confirming stagnation.

The Relative Strength Index (RSI) broke through line 50 top/bottom on the H4 chart, which could be the first reversal signal.

On the daily chart, there is a bearish trend with a corrective move in its structure.

The focus is on the 1.1620/1.1669 range because it may signal the accumulation of trading forces. According to the current trading strategy, a breakout of one or the other boundary of the established range may occur.

In terms of complex indicator analysis, there is a sell signal for short-term and intraday trading. 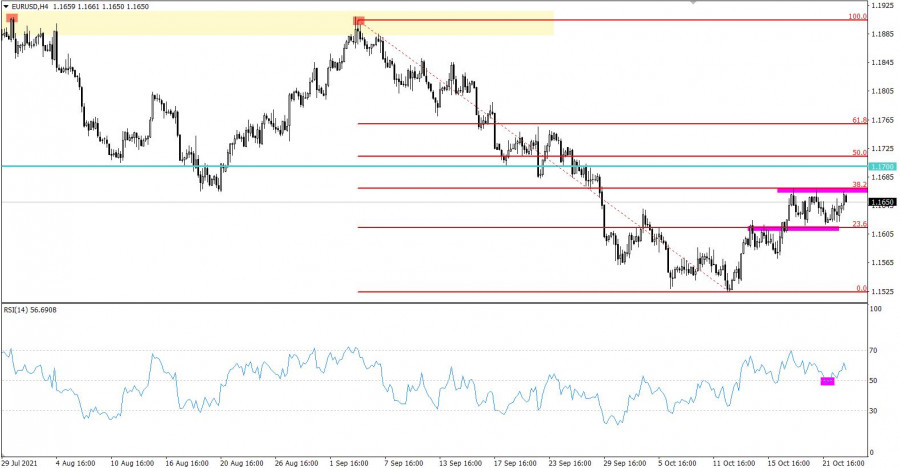