The euro was bullish yesterday. In fact, it showed a significant increase. However, in a couple of hours after the opening of the North American session, the price reversed and lost most of its earlier gains. The energy crisis is still weighing on the euro. After all, not only British energy suppliers but also European ones are now going bust. Meanwhile, the testing of Nord Stream 2 started yesterday. This process will clearly take a lot of time. The euro will have to wait for a correction for a while despite all the signs. It is about macroeconomic statistics. However, business activity has nothing to do with it. The reading is expected to come in line with the preliminary estimates. The eurozone's services PMI should drop to 56.3 versus 59.0 in the previous period. Meanwhile, the composite index is expected to fall to 56.1 from 59.0. At the same time, the PPI is estimated to increase to 13.7% versus 12.1%. Producer prices are seen as a leading indicator for inflation. Therefore, their further growth indicates a rise in consumer prices. Apart from that, inflation in the EU keeps accelerating faster than expected. Unlike the Federal Reserve or the Bank of England, the European regulator has not yet made any announcements about the possibility of monetary policy tightening. Meanwhile, growing inflation is giving serious cause for concern. 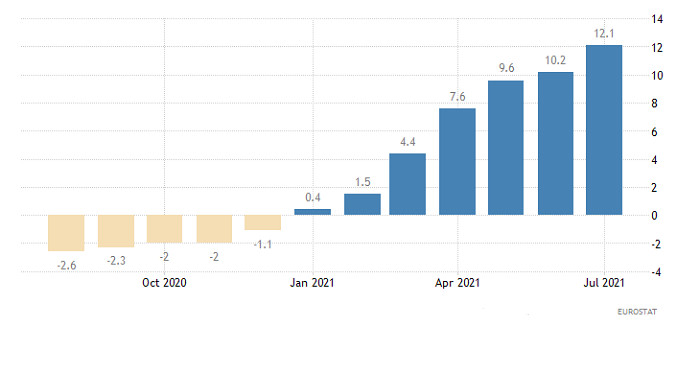 A decline in business activity is expected in the United States. The services PMI is estimated to fall to 54.4 from 55.1, while the composite index should drop to 54.5 versus 55.4 in the previous period. Like in the eurozone, the final data should come in line with the flash estimates. Therefore, the results are likely to be ignored by market participants. The focus will be on the eurozone's PPI that is likely to prevent the euro from moving in a corrective pattern. 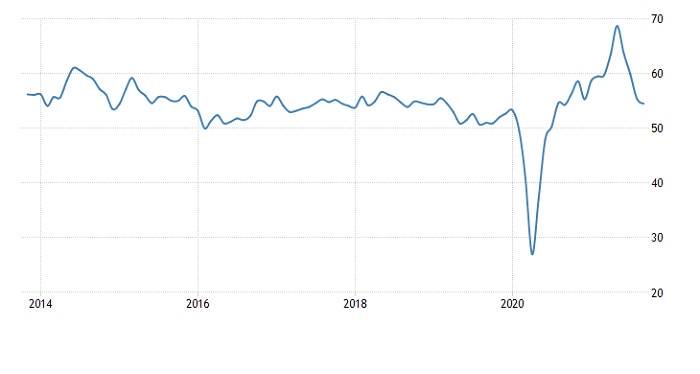 EUR/USD plunged to 1.1562 where the volume of short positions decreased. As a result, the price slowed its pace, which marked the start of a technical correction towards the level of 1.1640.

Despite the oversold status, the downward trend is still relevant in the market. Technical factors such as the downward cycle since early June and consolidation at the July 2020 levels confirm this suggestion.

The RSI is still in the oversold zone despite the recent price bounce.

In case of a breakout of the swing low at 1.1562, the downward trend may resume. It can be assumed that if the price consolidated below 1.1600, bears may push the pair below the 1.1562 low. Consolidation below 1.1550 is likely to lead to an increase in the volume of short positions.

In terms of complex indicator analysis, technical indicators are signaling to sell the pair for short-term, mid-term, and intraday trading due to the downward trend.