The euro-dollar pair renewed its 13-month low today, dropping to 1.1529. And although EUR/USD bears have not yet managed to firmly gain a foothold below the support level of 1.1540 (the lower line of the Bollinger Bands indicator on the daily chart), the pair's sentiment remains bearish. After a short respite, dollar bulls again reminded themselves by organizing another attack throughout the market. The single currency, in turn, is not able to contain the onslaught of the greenback: the latest macroeconomic reports, as well as the comments of the head of the European Central Bank, are disappointing. Therefore, the EUR/USD bears feel very comfortable and confident in the current situation, using any corrective growth as a springboard for further decline. 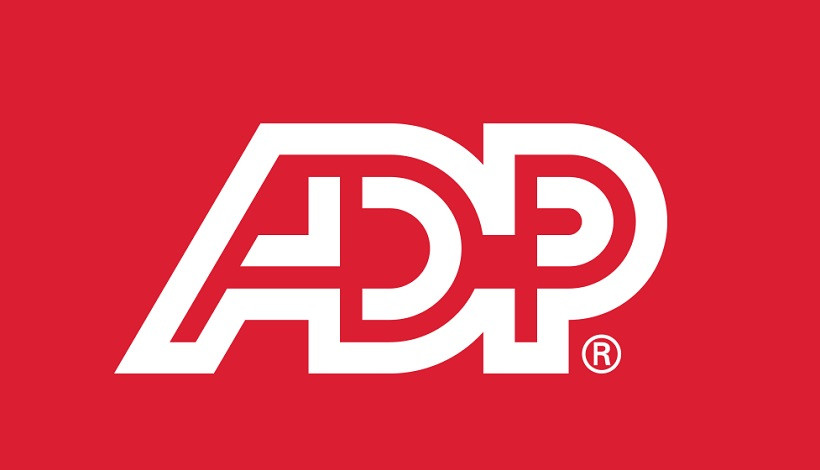 The dollar rally is fueled by several fundamental factors. Firstly, inflationary expectations are growing in the market against the background of the growth of the oil market and continuing problems in supply chains. The second factor echoes the first: hawkish expectations about the Federal Reserve's further actions are growing in the market. Speaking to Congress at the end of September, Fed Chairman Jerome Powell confirmed that the central bank will begin to reduce its monthly bond purchases in November. As for tightening the parameters of monetary policy, the Fed does not intend to rush here – at least at the moment, many members of the central bank declare a wait-and-see position. But, according to many experts, the Fed may raise interest rates as early as September-November next year. And certainly the Fed will be ahead of the ECB in this regard, whose representatives have recently voiced exclusively dovish theses.

To some extent, dollar bulls are restrained by concerns about possible stagflation - the growth of inflation indicators against the background of a slowdown in other macroeconomic indicators, primarily in the labor market. That is why the September Nonfarm, which will be published this Friday, will be so important for the US currency. The release will lay the basis either for further strengthening of the greenback, or for a corrective rollback.

Today, the first "bell" sounded in this regard, which turned out to be in favor of dollar bulls. We are talking about a report from the ADP agency. According to published data, 568,000 jobs were created in the US private sector in September. This is the strongest result since June of this year. This is a very good signal on the eve of Non-Farm. As for the correlation with the official figures, here we can give an example of last month. ADP specialists announced an increase in the number of people employed in the private sector by 270,000 then, while Nonfarm announced an increase of 243,000 jobs.

Thus, the optimistic estimates of ADP allowed us to assume that the September Nonfarm will come out at least at the level of forecasts, thereby strengthening the dollar's position.

Now the market is waiting for the main macroeconomic report of the week, which will be published the day after tomorrow. If the official figures repeat the trajectory of the data from ADP, the dollar will be on the horse again. To date, the consensus forecast regarding official data suggests that the labor market will show growth in September: 490,000 jobs created against the background of a decrease in the unemployment rate to 5.1%. The intrigue regarding Friday's data certainly persists, although dollar bulls can now count on exceeding the forecast values. 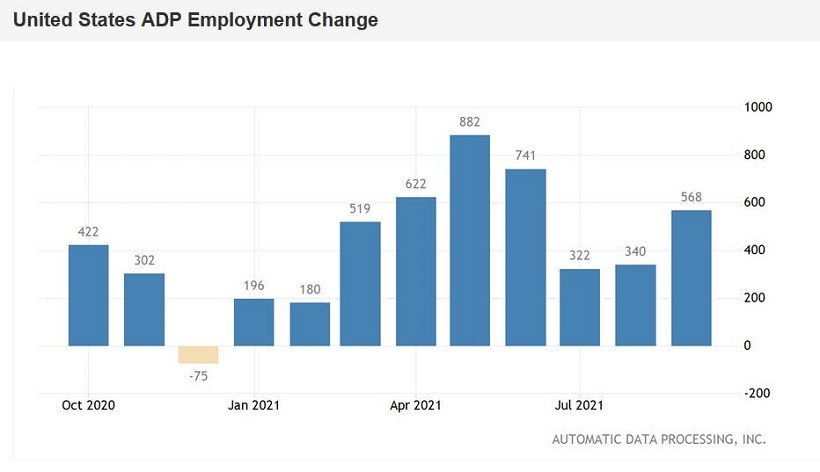 The European currency, in turn, did not receive support from macroeconomic reports. For example, pan-European retail sales data were published today. The components of the release were in the red zone, falling short of the forecast values: in monthly terms, the indicator was at 0.3% (with a growth forecast of up to 0.7%), in annual terms - at zero (with a growth forecast of up to 0.4%). The German data was also disappointing. The volume of orders in the industrial sector decreased by 7.7% on a monthly basis.

ECB President Christine Lagarde is also putting additional pressure on the euro. Over the past ten days, she has reiterated the thesis that the growth of inflation indicators is due to the effect of a low base and an increase in energy prices – that is, temporary factors that will not form the basis for a long-term CPI growth. She also stressed that the ECB's main scenario still assumes that inflation will be below the target level in the medium term, while the risks of a large-scale increase in price pressure are "very limited."

The technical picture for the EUR/USD pair also indicates the priority of short positions. On the D1 timeframe, the price is located on the lower line of the Bollinger Bands indicator, as well as under all the lines of the Ichimoku indicator, which shows a bearish Parade of Lines signal. At the moment, the bears are trying to settle below the support level of 1.1540 (the lower line of the Bollinger Bands on D1). It is quite difficult for bears to get to this level, given the total number of upward (small) pullbacks within the day. Therefore, it is advisable to go into short positions after the completion of the attack on this (so far) impregnable price barrier. Overcoming the 1.1540 mark will open the way for the bears to reach the psychologically important target of 1.1500 (the lower line of the Bollinger Bands coinciding with the lower boundary of the Kumo cloud on W1).