During Monday's Asian session, the EUR/USD pair showed low volatility trading in a 20-point range. Traders started a new week without a gap. The Friday's trading session closed at 1.1569, while today the pair started at 1.1570. Market participants are still not ready for any decisive actions. MIxed September Nonfarm payrolls data did not hint about the price movement, so the pair froze while waiting for more important releases. The US is celebrating Columbus Day and the US markets are closed on Monday. It also explains the low volatility in the market. However, the second week of October promises hot releases, in particular, information on the US inflation rate will be reported. 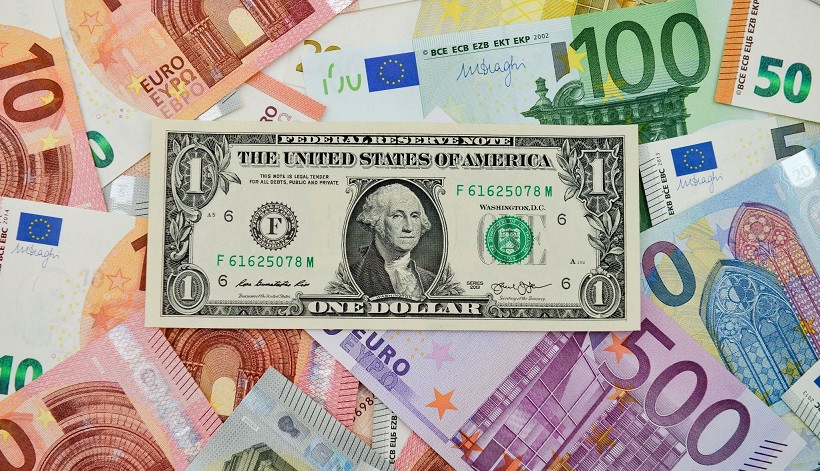 The economic calendar on Monday is almost empty, except for a scheduled speech by a Member of the Executive Board of the ECB Philip Lane. He usually sticks to dovish sentiment, putting pressure on the euro. Last week, the official said that the medium-term inflation growth would be well below the target level, while the current inflation rate was caused by temporary factors. At the same time, he appealed to ignore price increases caused by rising energy costs. He also complained that there is no comparable increase in wage levels amid the rise in the consumer price index. Lane is believed to voice similar rhetorics today, putting pressure on the euro.

On Tuesday, October 12, the ZEW Institute will publish reports on the German economy. The Economic Sentiment Index has been showing a downward trend for the fourth month in a row since June, reaching 26 in September. For comparison, in May this indicator was at 84 points. In October a negative reading is also expected. The index is likely to decrease to 20. The Economic Sentiment Index in the Euro Area shows a similar trend. The October result should reflect the growing pessimism in the business environment. Fed representatives Richard Clarida and Rafael Bostic are also expected to speak during the American session on Tuesday. Clarida announced early tapering of the QE program in August, consistently supporting a "hawkish" position. As Vice-Chairman of the Fed, he can move the markets with his rhetoric. Atlanta Fed Chairman Bostick has also been a confirmed supporter of cutting the stimulus program.

Wednesday, October 13, is the most important day of the week for the US dollar and its counterparts. On this day, the US CPI and Core CPI will be released, as well as the FOMC September meeting minutes. According to preliminary forecasts, September readings may repeat August's trend. The Consumer Price Index in September is likely to come in at 0.3% (month-over-month), and annually it is expected to rise to 5.3%. The same readings were in the previous month. The Core CPI should reflect an increase to 0.2% monthly (in August there was a rise by 0.1%) and an increase to 4.1% year-over-year (in August the index rose by 4.0%). If the inflation figures exceed the forecasted values, the greenback will receive substantial support.

As for the publication of the minutes of the last Fed meeting, at the end of the September meeting, the regulator announced the winding down of the stimulus program in its covering statement (later Powell specified that the start of this process is planned for November). Moreover, according to the published forecast, nine members of the Committee expect that the first hike will take place in 2022. At the same time, the Fed admitted that it will raise the federal funds rate three times in 2023. The minutes of the September meeting will allow assessing the general sentiment of the Fed in the context of the latest inflation data.

On Thursday, October 14, the main macroeconomic reports will also be released from the US. For example, the Producer Price Index (an important inflation indicator) and the Unemployment Claims index (which is expected to decline further). The Chinese data may also have an impact on the EUR/USD pair. On Thursday, China's Consumer Price Index will be released (a small rise after a three-month decline is expected).

Finally, on Friday, all eyes will be on the US Retail Sales data. This indicator is expected to show a negative trend, decreasing both on the year (down to 0.5% from the previous 1.8%) and on the month (down to -0.3%). Traders would also pay attention to the University of Michigan Consumer Sentiment Index (a slight increase to 73 points is expected). 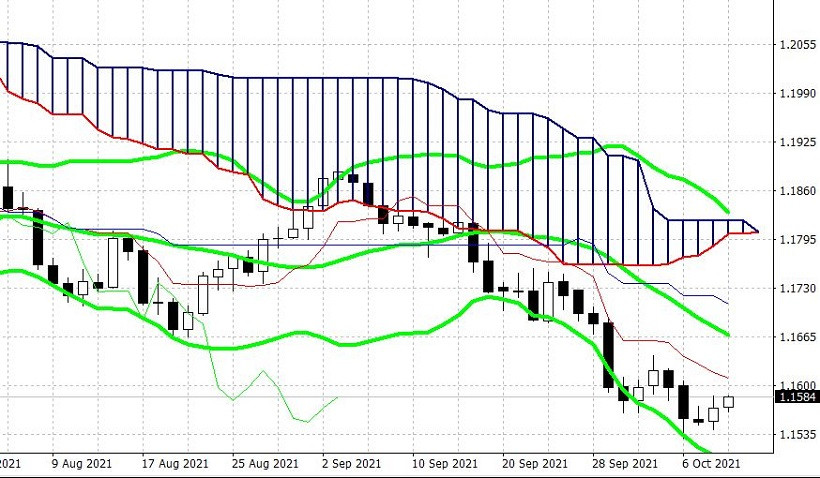 EUR/USD traders are likely to recoup their losses after the Nonfarm payrolls release, at least until the release of the US inflation rate. The first resistance is at 1.1610 (the Tenkan-sen line on the daily chart). The main price barrier is at 1.1670 (Bollinger Bands middle line on the same time frame). However, this target will be available in case of a weakening of inflationary growth in the US, which is very unlikely given the recent trends. Therefore it is advisable to open short positions with medium-term targets at 1.1529 (annual low) and 1.1510 (bottom line of the Bollinger Bands on the daily chart) when the correction impulses fade.