Forecast and trading signals for EUR/USD on October 18. Detailed analysis of the pair's movement and trade deals. Euro continues 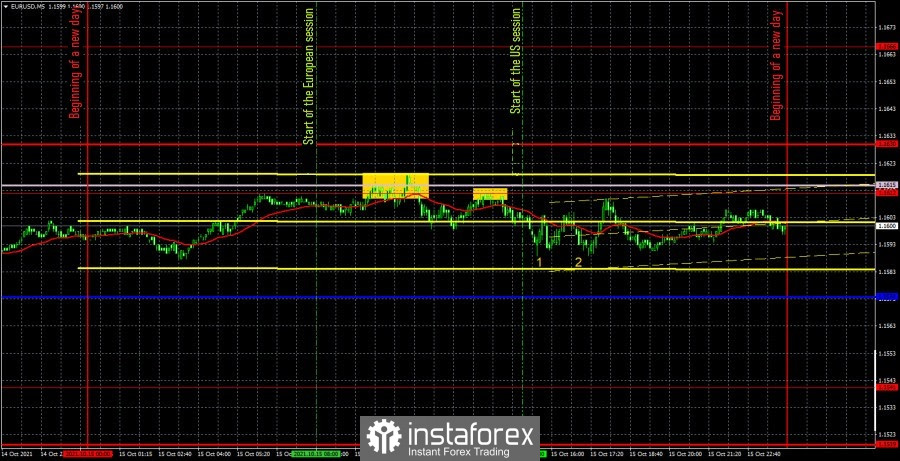 The EUR/USD pair was trading with little volatility again last Friday. This time the price passed exactly 30 points, which fully corresponds to the overall picture of the situation. Recall that the pair has been trading with such volatility for a long time, which greatly complicates the trading process. However, there is nothing we can do about it. In our other articles, we have already said that the best option in the current situation would be either trading on the highest timeframes (that is, on long-term), or on the lowest timeframes (5M). However, as we can see, not only is there a weak movement on the 5M timeframe, but also a full flat. And it is especially not recommended to trade in a flat. And what do we have in the end? On Friday, volatility was ultra-weak, and in addition, there was also a complete flat. Also on Friday, two reports were published in America that had no impact on the pair's movement. And what kind of market reaction can we talk about if the pair only passes 30 points in a day? Thus, reports on retail sales and consumer sentiment do not even make any sense to consider. Now let's go directly to trading and consider the only signal that was formed on Friday. The price bounced off the Senkou Span B line and the 1.1612 level, which should have been interpreted as a sell signal. However, as it is easy to guess, this signal did not bring any profit to traders, since the price failed to reach the nearest target level – the Kijun-sen line. Nevertheless, it went 20 points down, which was enough to place a Stop Loss order at breakeven, at which the sale transaction eventually closed. 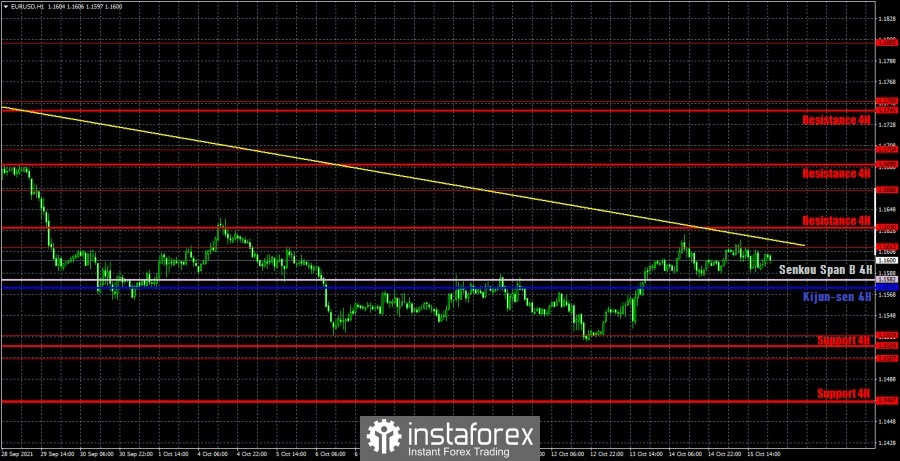 You can see that the euro/dollar pair has nevertheless adjusted to the downward trend line on the hourly timeframe and may resume the downward trend in the near future. The situation is now quite contradictory for the pair, since on the 4-hour TF according to the Linear Regression Channels system, the price is above the moving average, and on the 4-hour TF according to the Ichimoku system, the price cannot overcome the Senkou Span B line. Therefore, further upward movement is not obvious, given the insurmountable trend line on the hourly TF. We highlight the following levels for trading on Monday - 1.1507, 1.1529, 1.1612 and 1.1666, as well as the Senkou Span B(1.1615) and Kijun-sen(1.1574) lines. The lines of the Ichimoku indicator may change their position during the day, which should be taken into account when searching for trading signals. Signals can be rebounds or breakthroughs of these levels and lines. Do not forget about placing a Stop Loss order at breakeven if the price moves 15 points in the right direction. This will protect you against possible losses if the signal turns out to be false. No important report or other event scheduled in the European Union on October 18. A relatively important report on industrial production for September will be released in America, which, however, is unlikely to cause a market reaction. Most likely, today will be another boring day with low volatility.

Forecast and trading signals for GBP/USD on October 18. Detailed analysis of the pair's movement and trade deals. 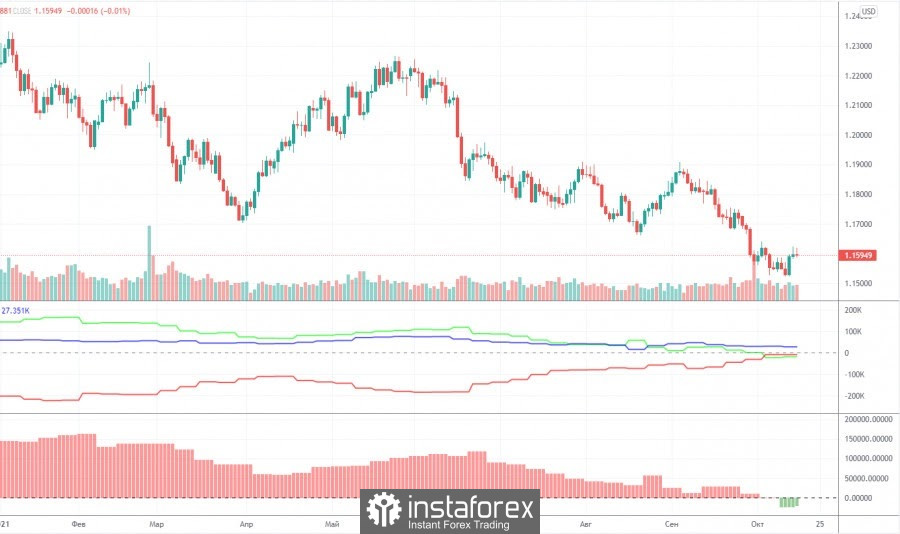