Forecast and trading signals for EUR/USD on October 20. Detailed analysis of the pair's movement and trade deals. Will inflation 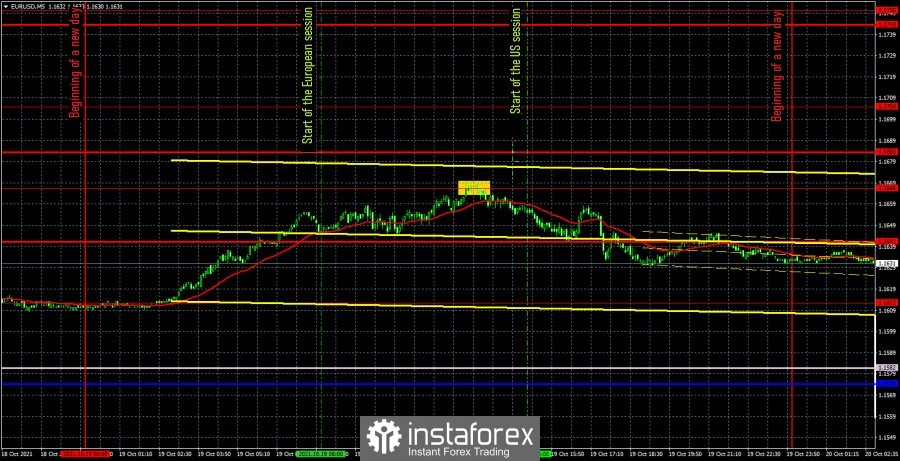 The EUR/USD pair moved better on Tuesday compared to Monday. No important macroeconomic or fundamental event in the United States or the European Union yesterday. Thus, traders had nothing to react to during the day. Nevertheless, the markets found reasons and reasons to increase their activity by one and a half times and bring the volatility indicator to 60 points, which is already quite good. It is a pity that we see such volatility once a week on average. It is also a pity that when such more or less strong movements begin, they occur at the most inconvenient time for traders. For example, yesterday's good trend movement started late at night and by the beginning of the European session, most of it was already behind. Nevertheless, one trading signal - to sell - was formed during the daytime. The price rose to the extremum level of 1.1666 and rebounded from it with almost perfect accuracy. Thus, traders should have taken short positions at this point. Subsequently, the euro/dollar pair dropped to the support level of 1.1641, which was previously a resistance, and bounced off it quite eloquently. Therefore, sell orders should have been closed at this time. And since signals are not formed near support and resistance levels, no more deals should have been opened during the day. The profit for one single trade was 13 points. Little, but better than nothing. 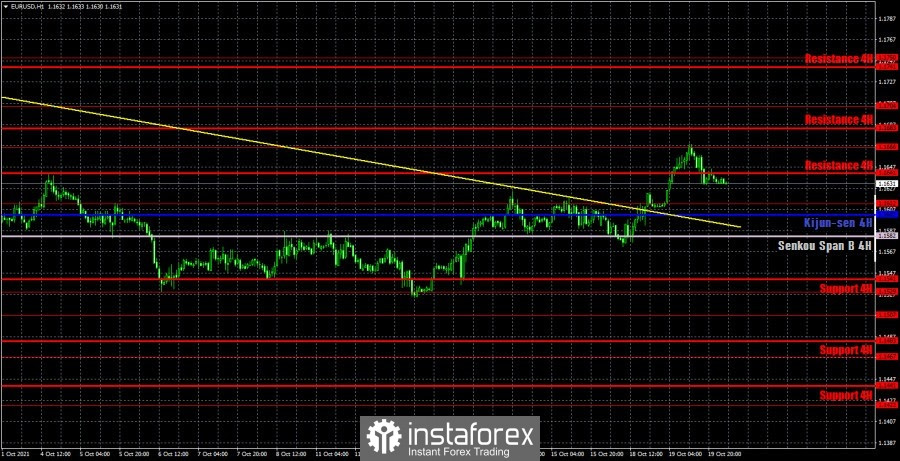 You can see that the euro/dollar pair has overcome the downward trend line on the hourly timeframe, so the trend has changed to an upward trend at this time and we can well count on further strengthening of the European currency. We have already said in articles on fundamental analysis that there were no compelling reasons for the dollar to rise in the last month and a half, so now there may be a backlash from the market, which will level its illogical behavior lately. Until the next Fed meeting, we believe that the dollar may continue to decline amid the weakening likelihood of curtailing the QE program due to weak macroeconomic statistics from overseas. On Wednesday, we highlight the following levels for trading - 1.1612, 1.1666 and 1.1704, as well as the Senkou Span B (1.1582) and Kijun-sen (1.1602) lines. The Ichimoku indicator lines can change their position during the day, which should be taken into account when looking for trading signals. Signals can be rebounds or breakthroughs of these levels and lines. Do not forget about placing a Stop Loss order at breakeven if the price moves 15 points in the right direction. This will protect you against possible losses if the signal turns out to be false. On October 20, the European Union will publish a relatively significant report on inflation for September, and the United States will publish the Fed's economic survey by regions, the "Beige Book". The latest review will be published late in the evening, so by then traders will have to leave the market anyway. But European inflation may have little impact on the movement of the pair.

Overview of the EUR/USD pair. October 20. Janet Yellen: Our song is good, start over.

Overview of the GBP/USD pair. October 20. The US dollar is falling on all fronts. The UK is preparing to raise the key rate.

Forecast and trading signals for GBP/USD for October 20. Detailed analysis of the movement of the pair and trade deals. 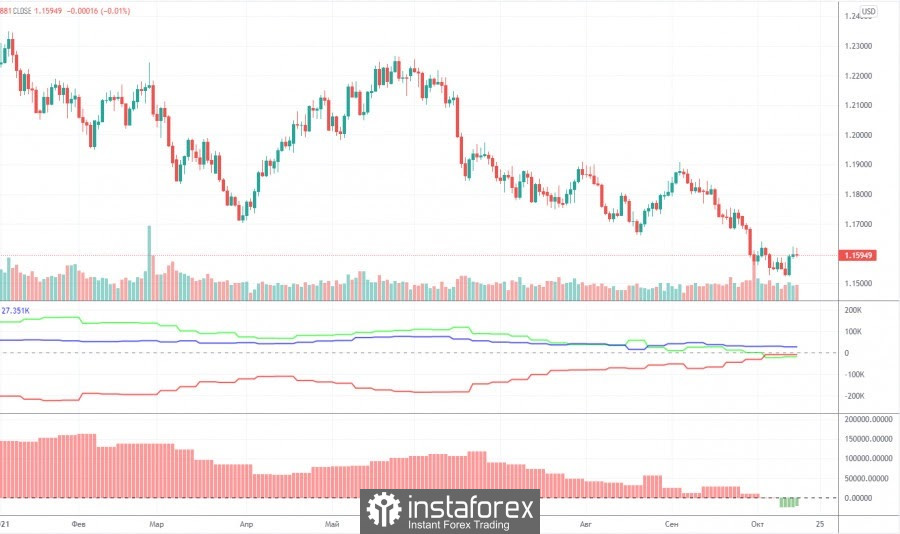 Interesting? Write a comment below.
 Forecast and trading signals for EUR/USD on October 20. Detailed analysis of the pair's movement and trade deals. Will inflation
Forward 
Backward 