Forecast and trading signals for GBP/USD for October 21. Detailed analysis of the movement of the pair and trade deals. The 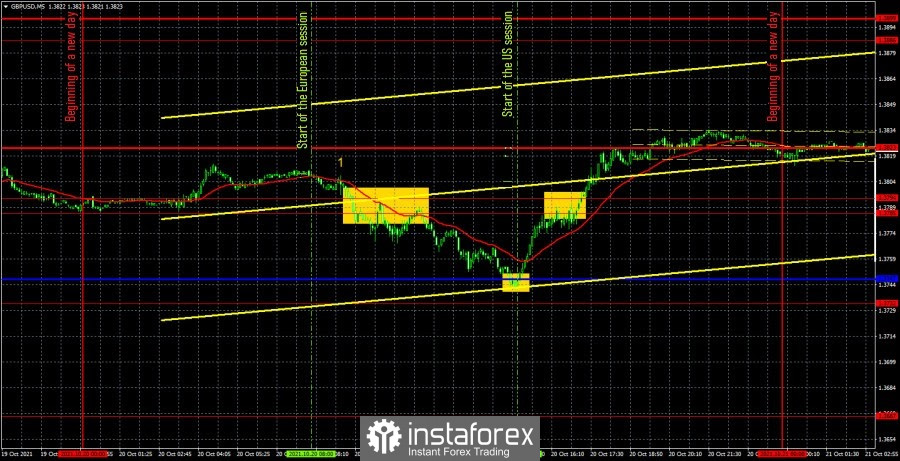 The GBP/USD pair was trading quite actively again on October 20, and the movements themselves were close to ideal. It should be noted right away that there was no single direction of movement during the day. The British currency fell in price during the European trading session, while it rose in price at the US one. Moreover, the upward reversal was sharp and occurred clearly at the opening of the US session, which is clearly seen in the chart. Considering that there were no important events and publications at this time, the reversal occurred solely due to the actions of US traders, possibly large players, who sharply turned the pair upward. The price did not have enough literally 8 points to reach the extremum level of 1.3732, but the critical Kijun-sen line lay at this point, which increased during the day, which made it possible to identify a buy signal here. Let's move on to examining the signals that have been generated. First, the price broke through the support area of 1.3785-1.3794. It did it with confidence, so traders could open short positions. In the next hour, the price returned two more times to the level of 1.3785, bounced off it twice, so at this time it was necessary to remain in open short positions. As a result, the price went down 35 points and reached the Kijun-sen line, from which it rebounded. It was necessary to close short positions here at a profit of 23 points and open long positions. The price almost without hindrance overcame the area of 1.3785-1.3794, so long positions should have been maintained here. The price also almost immediately reached the resistance level of 1.3823, from which it bounced initially. Therefore, at this moment, the purchase should be closed. As a result, the profit amounted to 60 points. Signals are not formed near resistance levels, so more deals should not have been opened during the day. 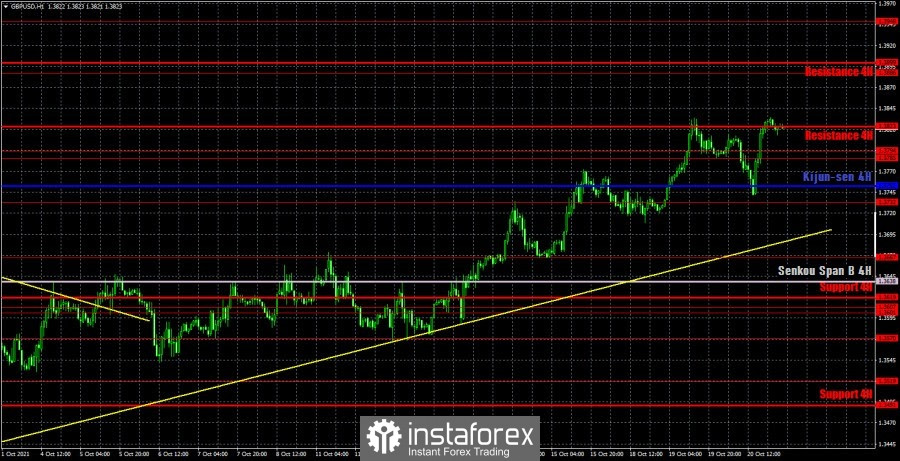 The pound/dollar pair maintains an upward trend on the hourly timeframe and continues its upward movement. The hourly TF shows even better how the price reversed sharply today in the middle of the day. It was impossible to predict such a turn. Nevertheless, the price still bounced off the critical line, which was a signal that the uptrend, which has been going on for several weeks, continues. At the same time, we once again draw attention to the fact that there are no fundamental reasons for the pound to rise in price now. Most likely, the markets are selling the dollar, as they are tired of waiting for a clear announcement from the Fed about the curtailment of the QE program. We also pay attention to the fact that the euro / dollar and pound / dollar pairs are moving completely differently now. On October 21, we distinguish the following important levels: 1.3667, 1.3732, 1.3785 - 1.3794, 1.3886. Senkou Span B (1.3638) and Kijun-sen (1.3752) lines can also be signal sources. It is recommended to set the Stop Loss level at breakeven when the price passes in the right direction by 20 points. The Ichimoku indicator lines can move during the day, which should be taken into account when looking for trading signals. There will be no major publications or any other fundamental events on Thursday in the UK and the United States. A couple of minor reports are all that traders will have at their disposal. Thus, today we will have to trade again using pure technique.

Forecast and trading signals for EUR/USD for October 21. Detailed analysis of the movement of the pair and trade deals. 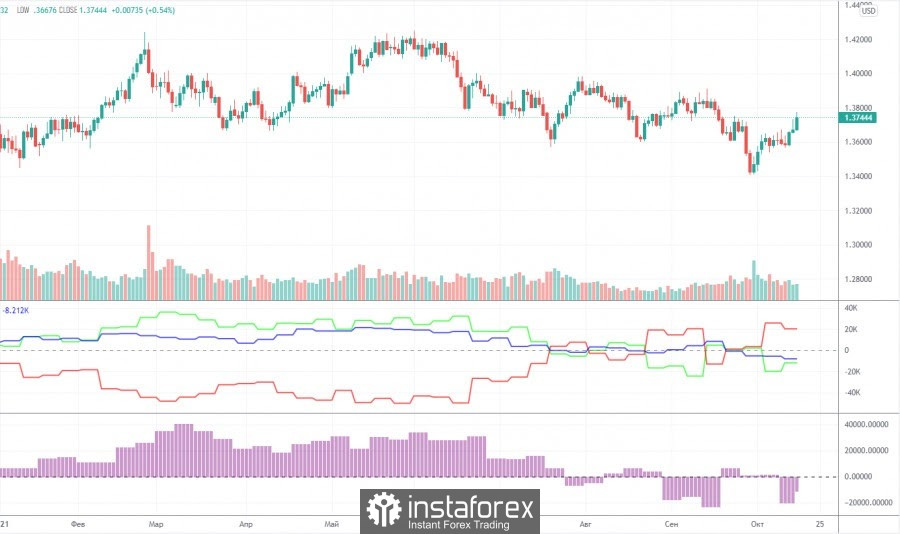 Interesting? Write a comment below.
 Forecast and trading signals for GBP/USD for October 21. Detailed analysis of the movement of the pair and trade deals. The
Forward 
Backward 