Forecast and trading signals for GBP/USD for October 26. Detailed analysis of the movement of the pair and trade deals. The 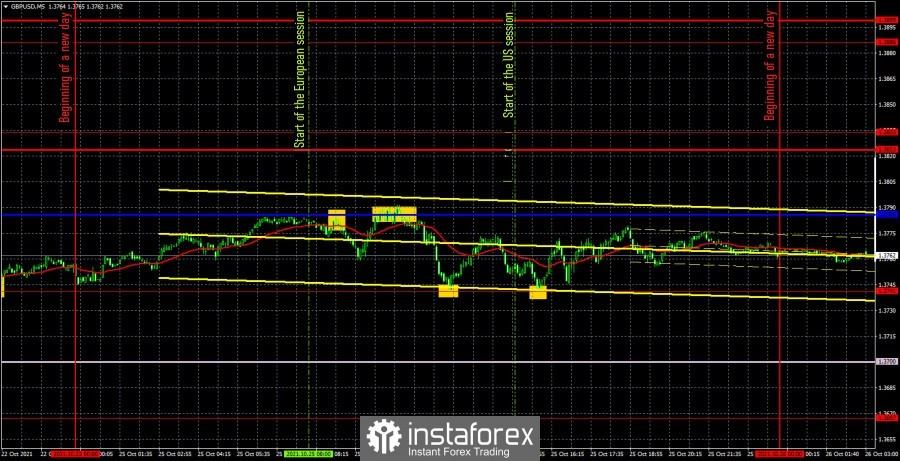 The GBP/USD pair was trading rather weakly and mostly sideways on October 25. It feels like the euro and the pound have changed places on Monday, as the euro was trading quite well, while the pound was flat. The volatility of the pound/dollar pair was only 49 points, that is, less than for the euro/dollar. Nevertheless, several pretty good trading signals were formed during the day, which could and should have been worked out. Let's consider them in detail. At the beginning of the European session, the price bounced off the Kijun-sen line, and did so twice. Any of these signals could be used to open short positions. Subsequently, the price dropped to the extremum level of 1.3741 and rebounded from it (error 1 point). Thus, at this moment, it was necessary to close short positions and open long ones. The profit was 25 points. After a rebound from the level of 1.3741, the pair was able to go up only 25 points, which was enough to set Stop Loss to breakeven, at which the long position was closed, as the price returned to the level of 1.3741. Another rebound followed, which should also have been worked out with a long position. This trade was already profitable as it had to be closed manually in the late afternoon. On it, the profit amounted to about 18 points. Thus, 43 points gained on the day when the pair passed only 49, which is an excellent result. No unprofitable deals opened on the euro and the pound on Monday. 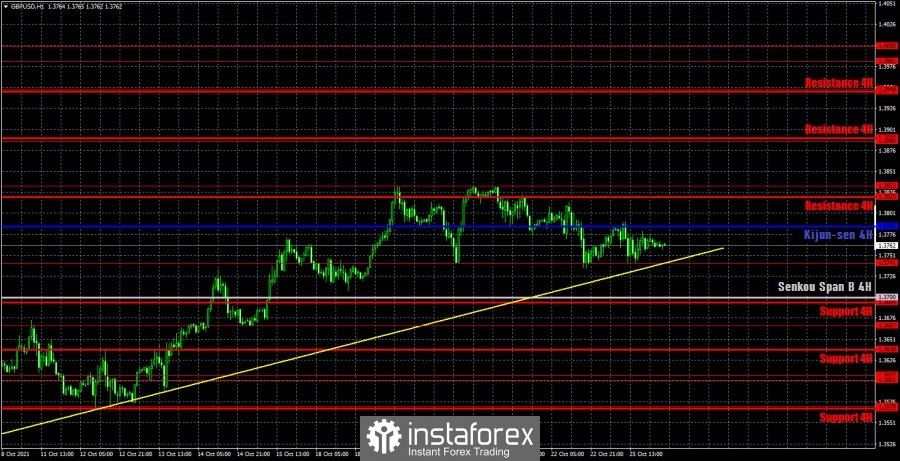 The pound/dollar pair maintains an upward trend on the hourly timeframe, as it continues to be located above the trend line. The bulls did not manage to overcome the level of 1.3833, so we are already witnessing the second round of correction against the upward trend. If the bulls manage to keep the pair above the uptrend line, then the price may return to the level of 1.3833 and try to overcome it for the fourth time. In any case, the upward trend continues. However, if the price settles below the trendline, then the upward trend will be disrupted and the chances of a downward move will increase. Especially if the Senkou Span B line is crossed. The pound has risen quite well in recent weeks, so a correction is even more preferable now. We highlight the following important levels on October 26: 1.3667, 1.3741, 1.3833, 1.3886. Senkou Span B (1.3700) and Kijun-sen (1.3785) lines can also be signal sources. It is recommended to set the Stop Loss level at breakeven when the price passes 20 points in the right direction. The Ichimoku indicator lines can move during the day, which should be taken into account when looking for trading signals. Nothing interesting and important planned in the UK on Tuesday, and only the consumer confidence indicator will be published in the US. Thus, we can assume that there will be no macroeconomic background. However, it is very unusual for volatility to be equal to 50 points for the pound, so today we still expect a more active movement of the pair.

Overview of the EUR/USD pair. October 26. Traders are beginning to believe again in the collapse of QE in November.

Forecast and trading signals for EUR/USD for October 26. Detailed analysis of the movement of the pair and trade deals. 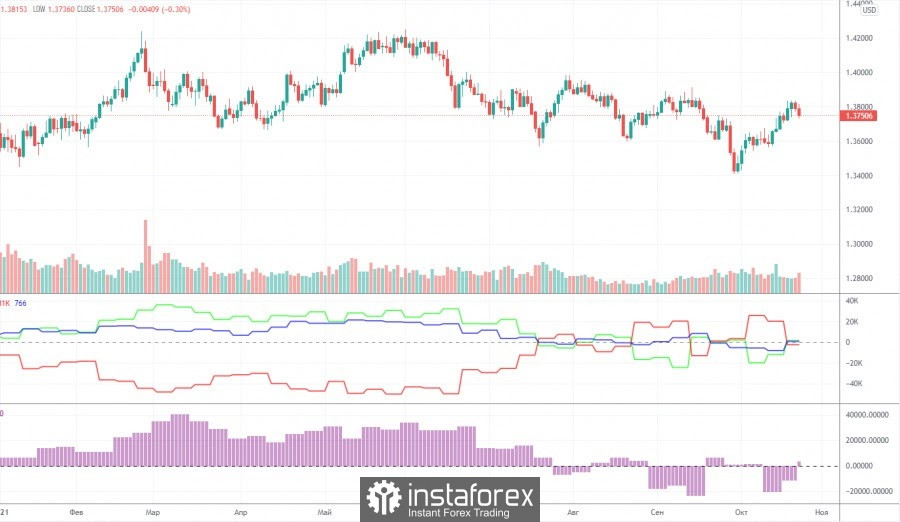 Interesting? Write a comment below.
 Forecast and trading signals for GBP/USD for October 26. Detailed analysis of the movement of the pair and trade deals. The
Forward 
Backward 