After a lot of work, the Australian dollar has reached the target range of 0.7340/90 and is coming out of it back down this morning. We expected this with the greatest probability, since the consolidation in this range in July-August was still strong. The Marlin Oscillator has entered the positive area with a margin that will be enough for a price correction in 1-2 days. 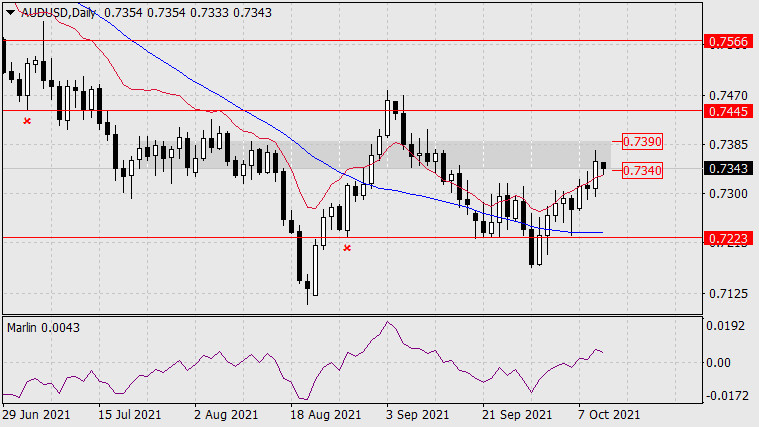 The Marlin Oscillator is also in the positive area on the four-hour scale chart, but during the correction it can safely go into the negative area, it has its own support levels (for example, -0.0027). The price is supported by the MACD line, in the area of 0.7272. 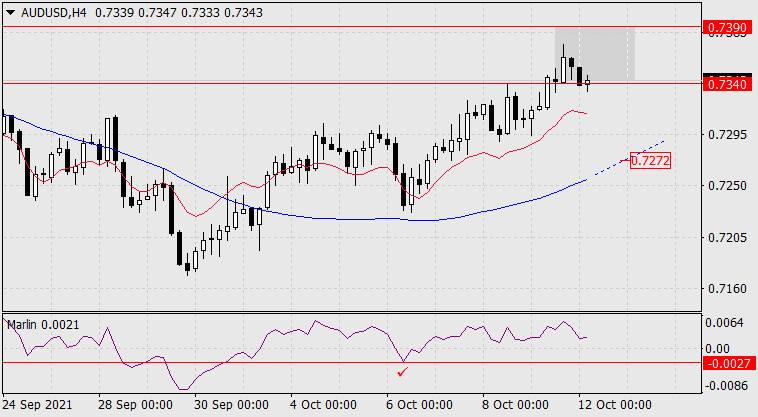 We are waiting for the completion of the correction and the continuation of the Australian dollar's growth.