The Australian dollar gained 25 points on Monday. The growth is self-assured, the Marlin Oscillator is growing. But Marlin slowed down its growth, and it is very possible that upon reaching or even approaching the target level of 0.7566, price divergence with Marlin will form. This will mean that when the nearest target is reached, a correction may occur, and its target is the 0.7414/45 range, which will amount to a 38.2% retracement of the total growth since September 30. 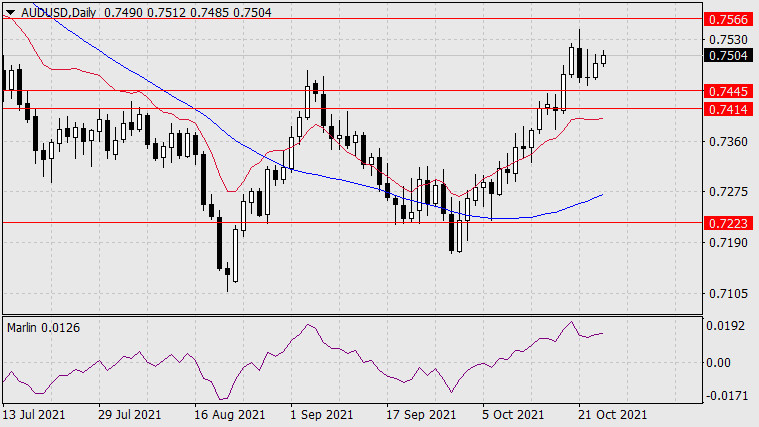 On the four-hour chart, the price has been developing along the MACD indicator line for quite a long time, mainly above it. If the price cannot break away from it in the near future, then a collapse will occur (the goal is the same: 0.7414/45). The price is helping to develop the gap by the Marlin Oscillator, which just slightly, but moved into positive territory. Anyway, the oscillator indicates the general market sentiment. We are waiting for the development of the price growth according to the main scenario. 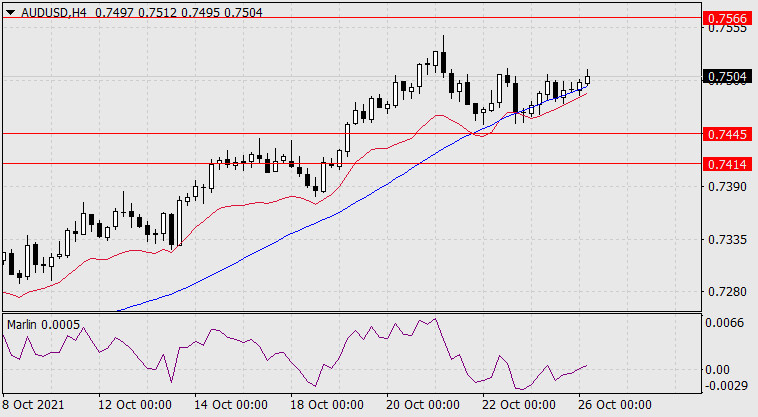