The Australian dollar is forming a sideways short-term trend.

On Wednesday, as in the previous two days, the Australian dollar continued to rise to the target level of 0.7566, set by the lows of March 25 and February 2 this year. Overcoming this level will open the next target of 0.7646 - the low on June 3. But in today's Asian session, the fall has blocked yesterday's growth, the Marlin Oscillator has outlined a downward reversal. This is probably a lateral movement before further growth. Unless, of course, the level of 0.7414 is overcome, which may lead to a decline to the MACD line on the daily in the area of 0.7325. 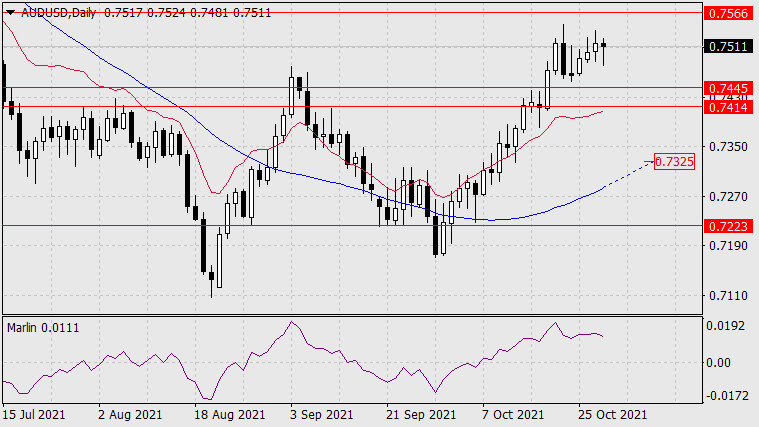 On the four-hour chart, the price settled below the MACD indicator line (blue), while the Marlin Oscillator entered negative territory. Short-term pressure on the price has increased. In general, the AUD/USD pair has no pronounced signals in either direction - the chance of quickly reaching the support of 0.7445 did not materialize with the support of such a scenario by technical indicators, but the pressure will remain for some time, the price will develop in a sideways range. 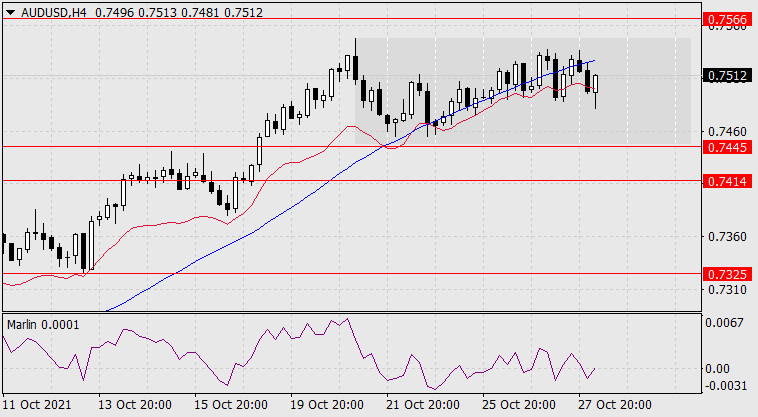