The Australian dollar rose 21 points on Monday, but in today's Asian session, the price is almost back to the original positions of the opening of the week. 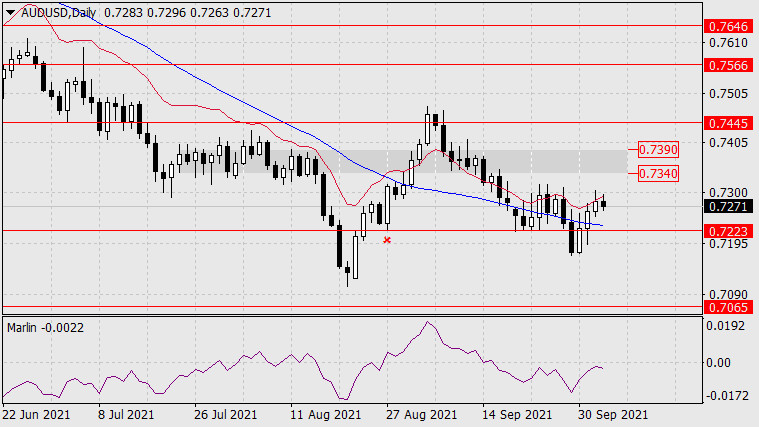 On the technical side, the price was hindered by the balance indicator line, from which the price reversed. But all this happened above the MACD line, so today's morning decline is seen as a correction from the previous three-day growth. The growth target is the 0.7340/90 range formed in July-August of this year.

The signal line of the Marlin Oscillator is turning down on the approach to the border of the growing trend zone. This reversal is a sign of attention for traders - the situation on September 24-28 may be repeated, when in exactly the same situation the aussie dived under the MACD line, losing 100 points in two days. 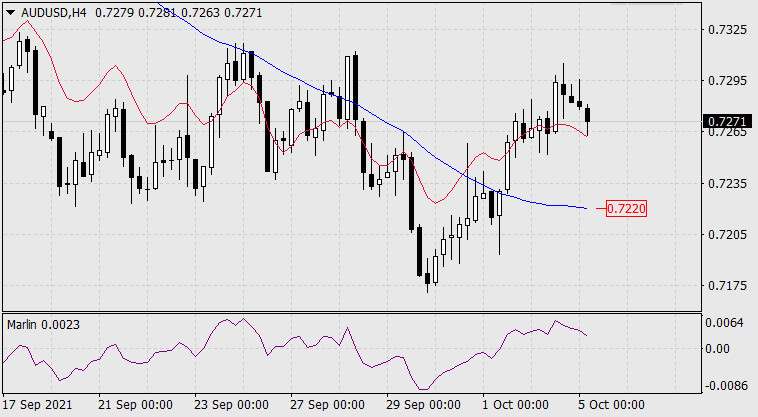 On the four-hour chart, the price settled above the balance and MACD indicator lines. There was no such consolidation during the price reversal on September 24-28, this is the difference between the current situation - it is more stable. The Marlin Oscillator is decreasing, but it remains in the rising territory. The support line is the MACD line (0.7220). We are waiting for the completion of the correction and further price growth.