Yesterday the euro closed with a 12 point decline, but on a daily scale the Marlin Oscillator did not support the euro and began to reverse from its own zero line, which is the border between the growing and decreasing trends. Consolidating above the MACD indicator line (1.1640) will allow the price to overcome the important level of 1.1669, which was an insurmountable resistance on October 19-25, and continue moving towards the target level of 1.1750. 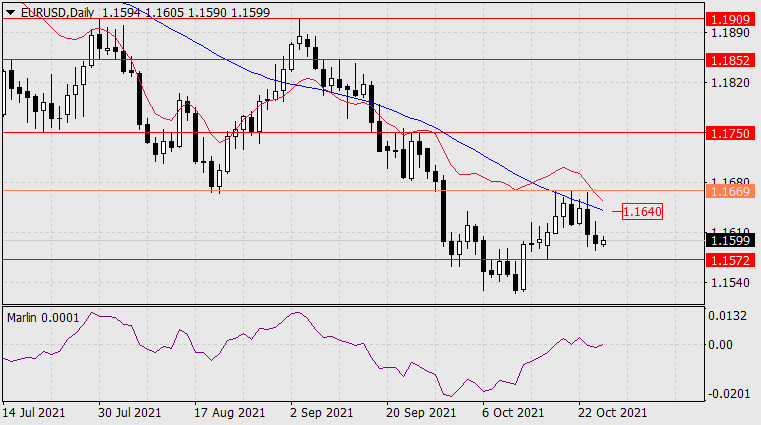 On the four-hour timeline, price has formed a slight convergence with the Marlin Oscillator. It is very likely that the correction has found a low and now the price is planning another forward-upward surge with an attack on the MACD indicator line (1.1635), which it could not overcome yesterday. 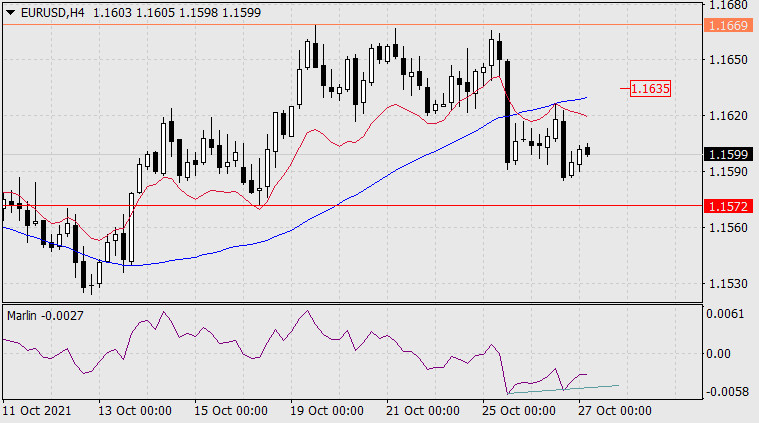 Also note that the MACD lines for daily and H4 almost coincide in price (1.1640 and 1.1635), which gives this level a stronger value than even 1.1669. We are waiting for the development of growth in accordance with the stated basic scenario. A downtrend scenario will open after the price settles below 1.1572 - below the low on October 18.