The euro spent the whole day in the flat, waiting for today's data on employment in the US. In our review on the 5th, we wrote: "We believe that Nonfarm Payrolls will turn out to be worse than forecast, as weekly jobless claims for three weeks in a row come out worse than predicted. Weak data will help the euro grow. " Now it remains for us to confirm this idea. Based on the interpolation of weekly applications for unemployment benefits, we believe that non-farms will show an increase of only 160,000, and this is definitely a weak figure (especially against the background of the expected 490-500,000), probably such that the unemployment rate will not decrease either. to the projected 5.1% from 5.2% in August. 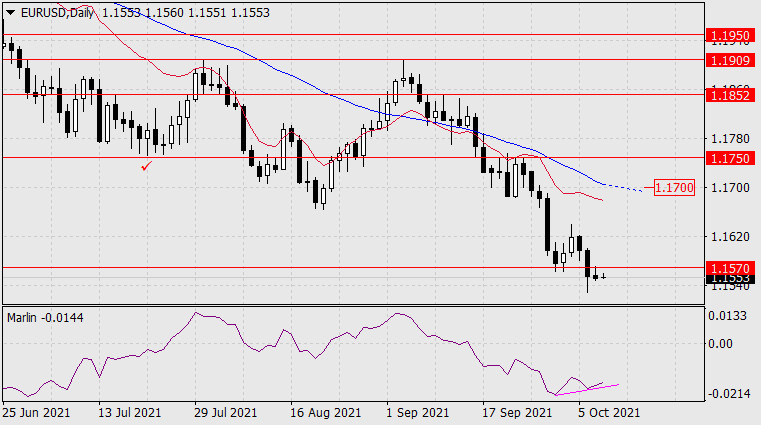 On the daily chart, we see the resulting convergence of the price with the Marlin Oscillator, the price exit above the target level of 1.1570 opens the way for the euro to rise to the first target of 1.1700 - to the MACD line. 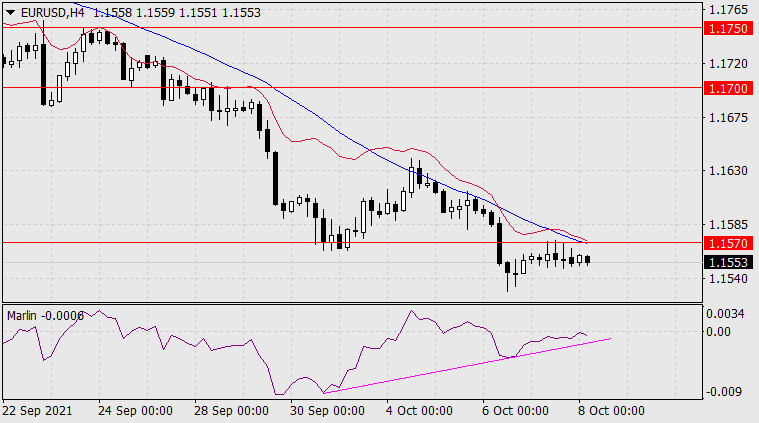 The four-hour chart also shows the convergence of the price with the oscillator, the MACD line approached the target level of 1.1570, the price transition above these two lines will intensify the growth.

This is our main scenario. The alternative assumes a further decline to the level of 1.1448 - to the high of March 2019.