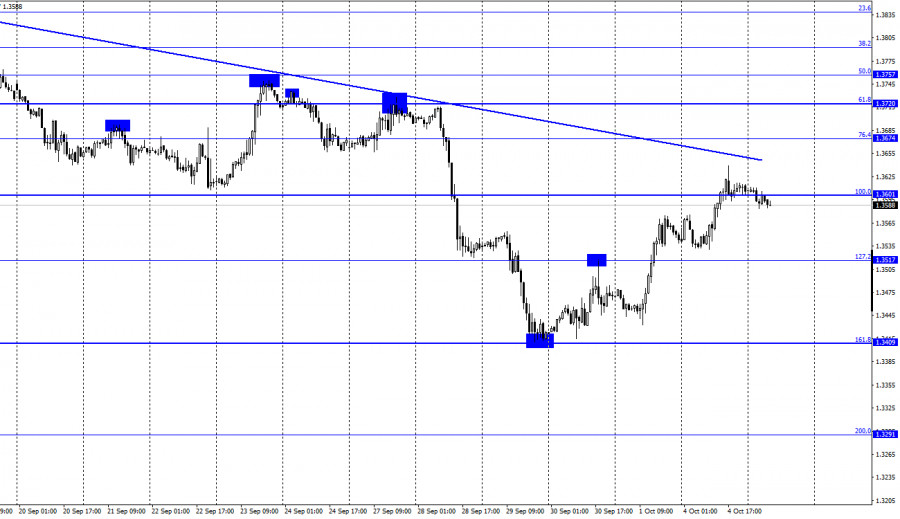 According to the hourly chart, the GBP/USD pair continued the growth process on Monday and even secured above the corrective level of 100.0% (1.3601). However, there was no rebound from the downward trend line, so traders were deprived of a strong sell signal. A little later, the quotes closed under the Fibo level of 100.0%, allowing us to count on a slight drop in the direction of the corrective level of 127.2% (1.3517). Fixing the pair's rate above the trend line will change the mood of traders to "bullish." There was also no single interesting report or speech in the UK yesterday. The pound continued to be in demand among traders, but I believe that this is a residual reaction to the fuel crisis in Britain. At first, traders massively sold out the pound when news appeared about the severe gasoline shortage at British gas stations. And now they are buying the pound because gasoline is starting to be delivered to gas stations, and the tension is easing. Everything is logical. Judging by the general trend, the fall of the British currency should now resume since bull traders failed to close above the trend line. In terms of information, traders can now only wait for Friday's reports on unemployment and the labor market in the United States. A report on business activity for the services sector will be released in Britain today. However, it is unlikely to be able to determine the mood of traders for the whole day. Thus, most likely, the Nonfarm Payrolls report will be the next global event that will be able to reverse the trend. Let me remind you that the state of the labor market depends on when the Fed will announce the beginning of the rejection of economic stimulus measures. If Nonfarm turns out to be weaker than forecasts for the second month in a row, this may further delay the moment of the Fed's rejection of the QE program. And it will be very difficult for the US dollar to continue growing with such an information background. 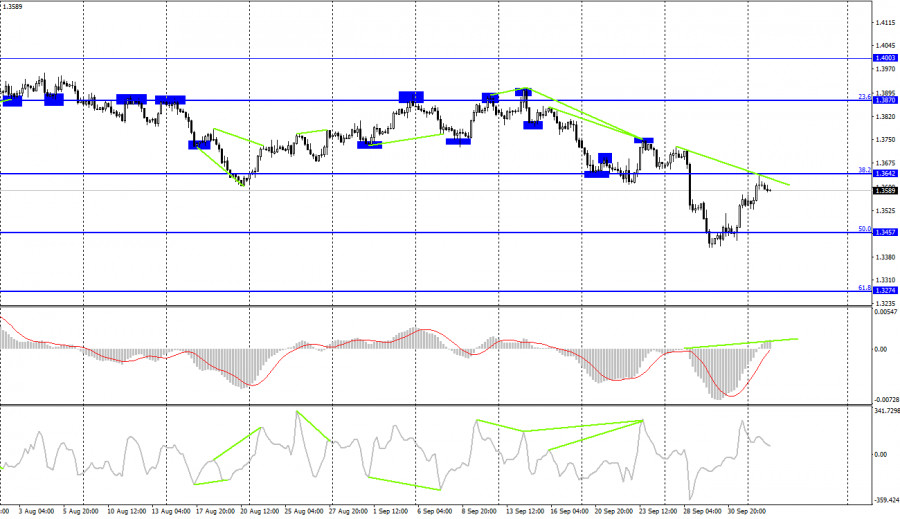 US - ISM index of business activity in the service sector (14:00 UTC).

On Tuesday, the calendars of economic events in the US and the UK contain just one important report for two. The ISM index for the service sector can attract traders' attention, but all other reports are unlikely. The information background will be medium-weak today. 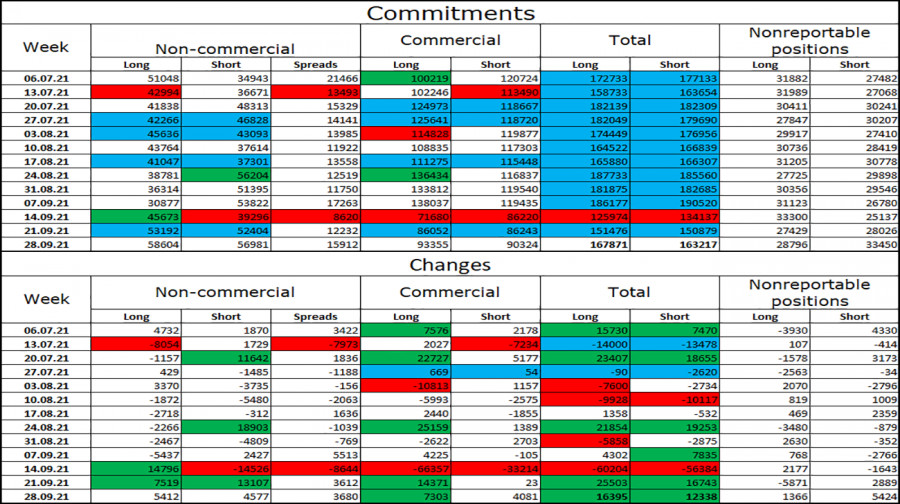 The latest COT report from September 28 on the pound showed that the mood of the major players has become a little more "bullish." In the reporting week, speculators opened 5,412 long contracts and 4,577 short contracts. So the difference is not too big. In general, there is almost complete equality in the number of open long and short contracts for all categories of traders. It means that the mood of speculators is now as neutral as possible. Nevertheless, in recent months, the mood of the "non-commercial" category has only become more "bearish," so there is a trend that suggests a further decline in the British dollar.

GBP/USD forecast and recommendations to traders: